What does Google get out of buying Fossil’s smartwatch tech?

Yesterday, Google announced that it would be paying $40 million for intellectual property related to smartwatches from one of its closest partners: Fossil Group. As part of the deal, a portion of Fossil's own R&D workers who were supporting that IP will join Google. To be clear, this isn't a merger, nor is Google buying all of Fossil's smartwatch business. It's just a specific piece or pieces of tech that Fossil had been working on. But it begs the question, what exactly did Fossil have that Google didn't and wanted to pay that much money for?

First, we don't know exactly what smartwatch technology Fossil is selling to Google. Most of the fashion brand's connected devices are based on Google's own Wear OS platform already anyway, with minor differences like custom watch faces or apps.

It's most likely stuff we haven't yet seen, especially since the press release said the purchase is of "intellectual property (IP) related to a smartwatch technology currently under development by Fossil Group." Fossil Group Executive Vice President Greg McKelvey said in a statement, "We've built and advanced a technology that has the potential to improve upon our existing platform of smartwatches."

Meanwhile, the vice president of product management for Wear OS, Stacey Burr, said, "The addition of Fossil Group's technology and team to Google demonstrates our commitment to the wearables industry by enabling a diverse portfolio of smartwatches and supporting the ever-evolving needs of the vitality-seeking, on-the-go consumer." 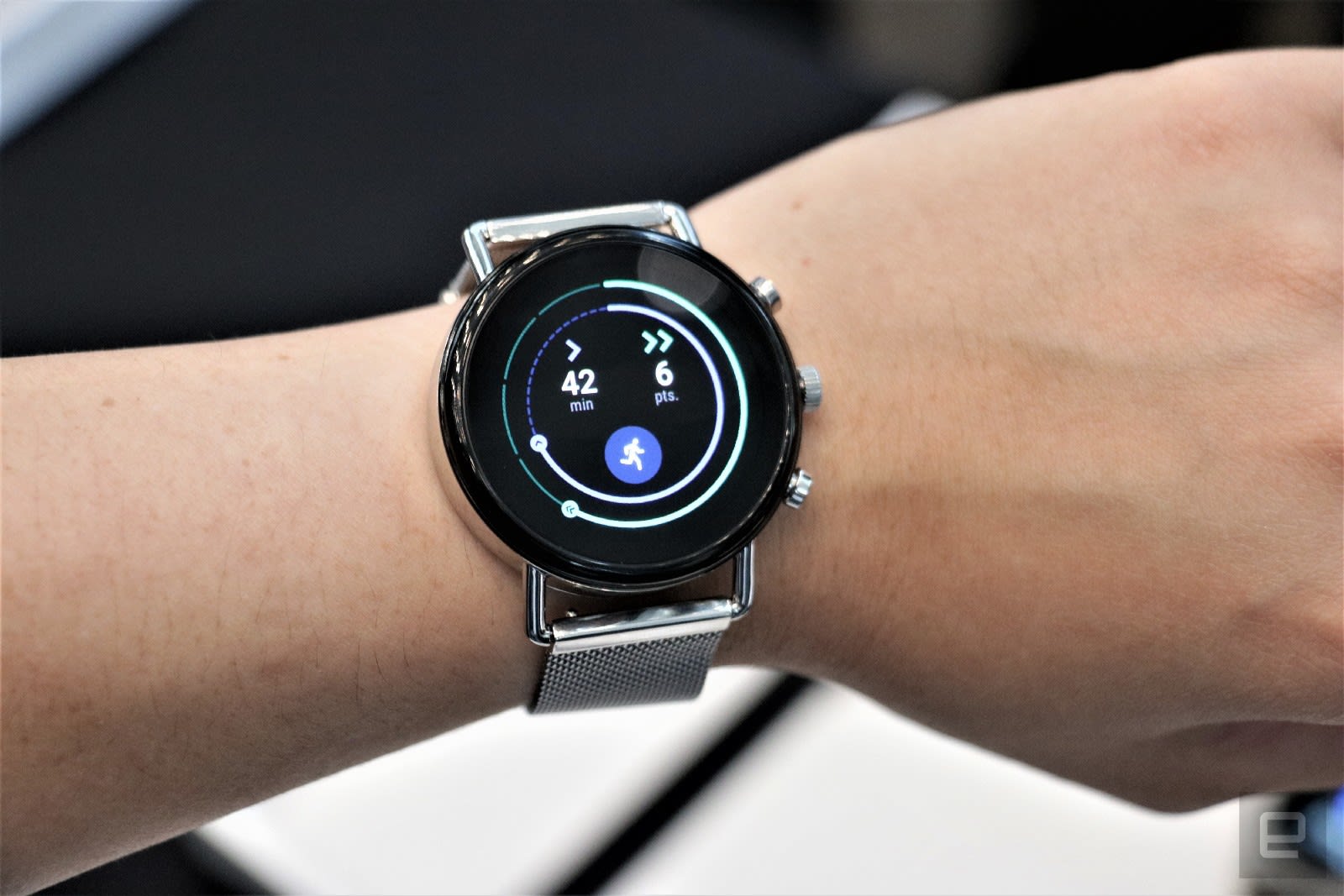 What all that means is unclear. Things we've seen from Fossil so far that differ from stock Wear OS mostly have to do with the watch face. The Michael Kors My Social app, for example, lets you use your Instagram pictures as your background while the Kate Spade Scallop 2 can read your heart rate whenever you tap an icon on the face. It's possible Fossil was looking into more ways to differentiate its watches' software, but without more evidence, we can't tell. For all we know, it could also have to do with hardware. Both Fossil and Google told Engadget they had nothing to share beyond what was in the news release.

What this does mean is that whatever Fossil was working on, Google could potentially make it available to the rest of its partners.

Fossil Group's clear advantage is the appeal of the brands under its massive umbrella. It owns and licenses 14 brands, including popular names like Kate Spade, Skagen, Michael Kors, Armani, DKNY, Diesel and, of course, Fossil itself. Each of these already has its own Wear OS watch in its own signature style, leading to a diverse array of smartwatches for Fossil's customers to choose from.

That falls in line with Google's mission for Wear OS. The software giant has long believed in creating "a diverse set of devices" for its smartwatch platform. Fossil's ability to churn out model after model of what was essentially the same device except with different designer clothes makes it a great match for that vision. 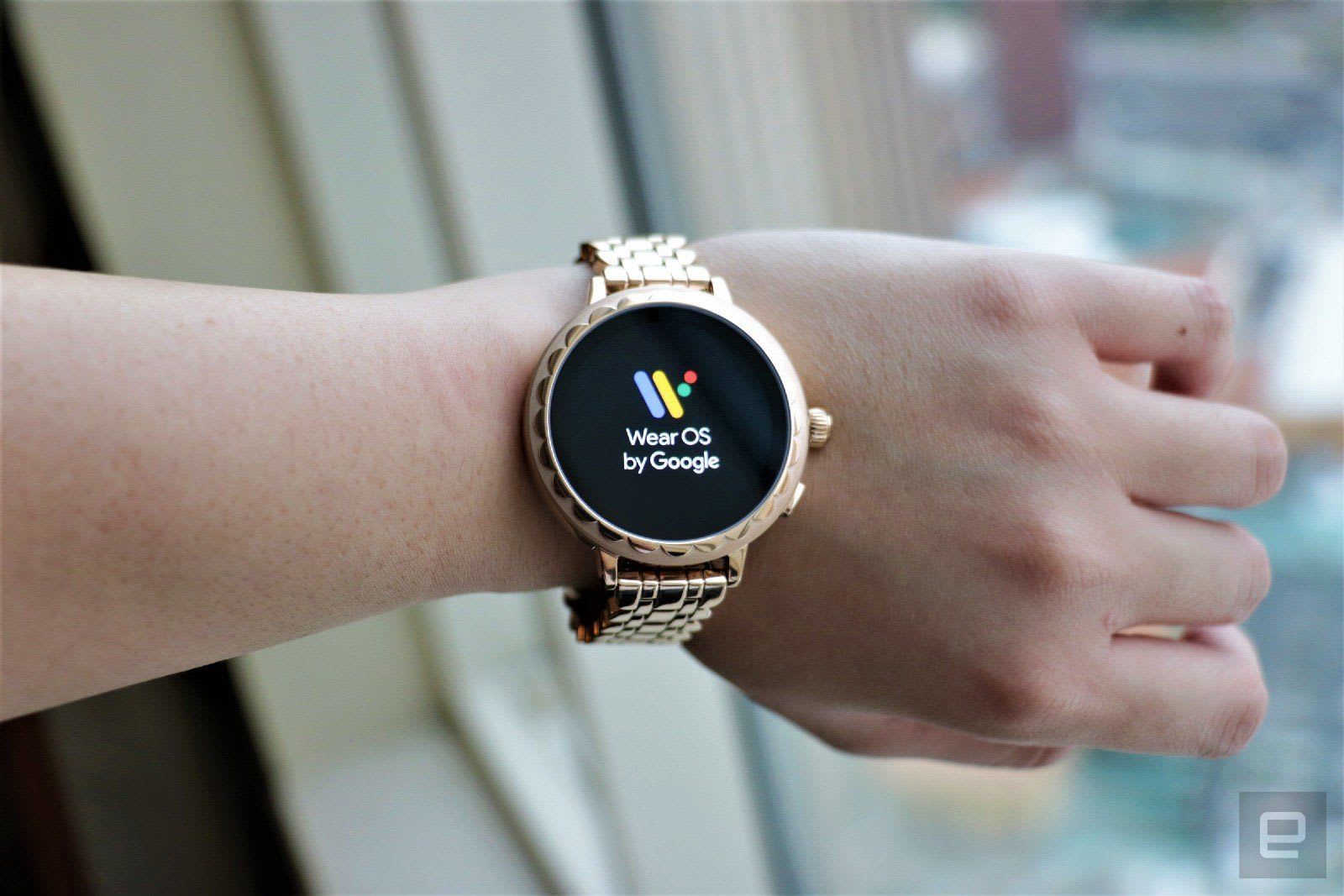 Of course, this acquisition brings to mind Google's previous purchases. Way back in 2011, it bought Motorola for $12.5 billion, pared down its device lineup and lost money for several years straight. It finally offloaded Motorola Mobility to Lenovo in 2014 for $2.5 billion, but not without holding on to "the vast majority" of Motorola's patents and its head, Rick Osterloh. Osterloh now leads Google's hardware team.

In 2017, Google bought the part of HTC that was making its Pixel phones, bringing a team of almost 2,000 R&D workers in house. After that purchase, Google kept improving its flagship handsets and managed to integrate its excellent software into the Pixel 3 and 3 XL this year.

For the better part of 2018, the industry feverishly speculated that Google might be working on its own Pixel-branded smartwatch. While that didn't end up being true last year, it's possible the Fossil IP handover could contribute to Google making its own watch.

No matter how this purchase contributes to Google's platform, Wear OS could use the help. Despite a thoughtful redesign last year, it faces stiff competition from Apple, whose fourth-generation smartwatch has been well received. Fitbit and Samsung both also delivered strong alternatives to Wear OS watches in 2018 while the Snapdragon Wear 3100 chipset wasn't the magic bullet the hype made it out to be. The battle for smartwatch dominance looks set to continue in 2019, and Google is kicking things off early with this acquisition.