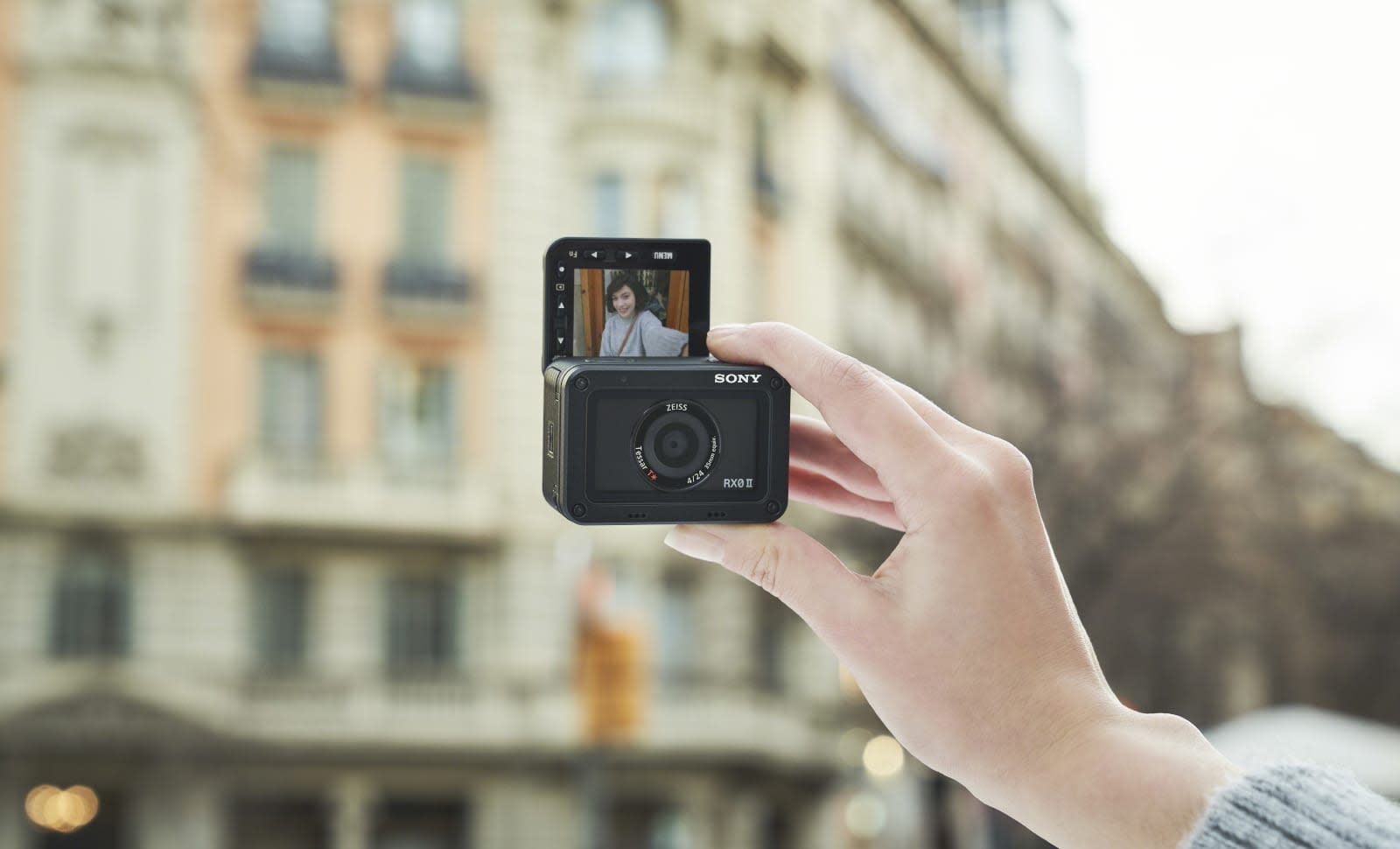 Sony has announced a follow-up to its tiny rugged camera from 2017, the RX0, and it's just as tough and handy. The RX0 II has a 15.3-megapixel sensor and a Zeiss Tessar T 24mm F4 fixed wide-angle lens with a 20-cm minimum focus distance for scenic shots. It's very similar in size to its predecessor, with a 2.3in x 1.59in x 1.38in body that weighs just 132 grams. However, it's a lot more selfie-friendly, thanks to an adjustable LCD screen that can flip 180 degrees upward and 90 degrees down.

You can even use the screen underwater: the device is waterproof up to 33 feet, is tough enough to survive being crushed with 400 pounds of force and can withstand the impact of a drop up to 6.5 feet. That selfie-friendly screen is bolstered by Sony's Eye AF that locks onto the eyes of the subject, as well as Soft Skin Effect that can cover minor blemishes.

Want to capture high-definition videos? The RX0 II supports internal 4K 30p recording and can stabilize your footage even when in handheld mode. In case you want to stabilize the video even further -- and those susceptible to motion sickness will likely thank you for this --- you can run it through its accompanying Movie Edit add-on app on a phone or a tablet. It also features a Super Slow Motion mode that shoots videos at 1,000 fps and has a continuous shooting mode for time-lapse-videos.

Since the device is tiny and could make handheld shooting a bit tough, Sony has introduced an optional shooting grip with integrated controls. The device comes with a mic jack, as well, so you can plug in an external microphone if needed for vlogs and recordings that need crisp and clear audio. And if you're working on a project that requires multiple cameras, Sony's Imaging Edge Mobile application will give you the power to control up to five RX0 II cameras at once. The new action cam will start shipping in April 2019 and will be available at various North American retailers for US$700 and CA$900.

In this article: cameras, gear, RX0 II, sony
All products recommended by Engadget are selected by our editorial team, independent of our parent company. Some of our stories include affiliate links. If you buy something through one of these links, we may earn an affiliate commission.