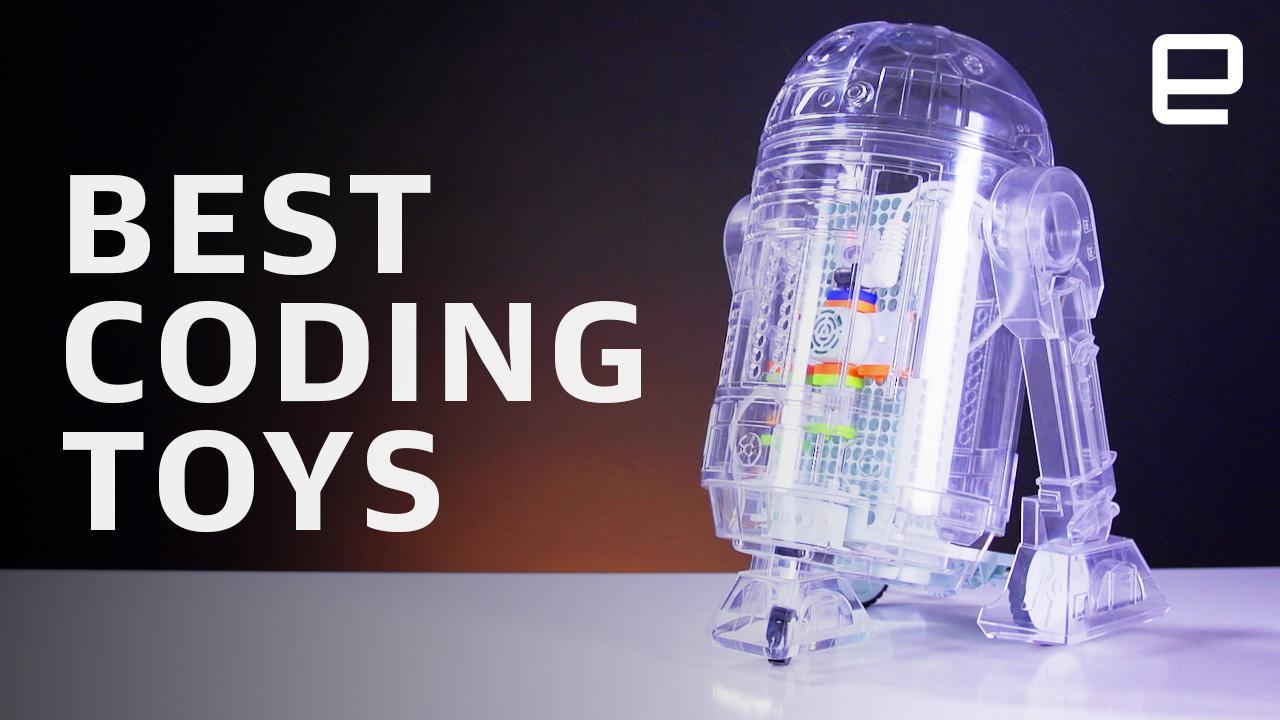 I'm going to let you in on a little secret. Part of the reason I write about technology for a living is that I couldn't cut it as a coder. It's not that I regret my career choice (I definitely don't), but I do regret having never really learned the art of programming. And it's not because I want to build apps or games or anything. It's because you pick up a lot of peripheral skills.

This is the primary reason I want my kid to learn to code. I don't necessarily want him to become an engineer (though I certainly wouldn't be upset if he did). Instead, I see coding as a great teaching tool. It's a way to teach cause and effect and problem-solving skills. And mastering the logic behind simple routines can even make your kid a better and more convincing communicator.

So obviously there's plenty of reason to get your kid into coding. The next question is how. Well, we've scoured the internet (and a few brick-and-mortar stores) for some of the best toys and kits to take your children from curious toddler to preteen inventor. 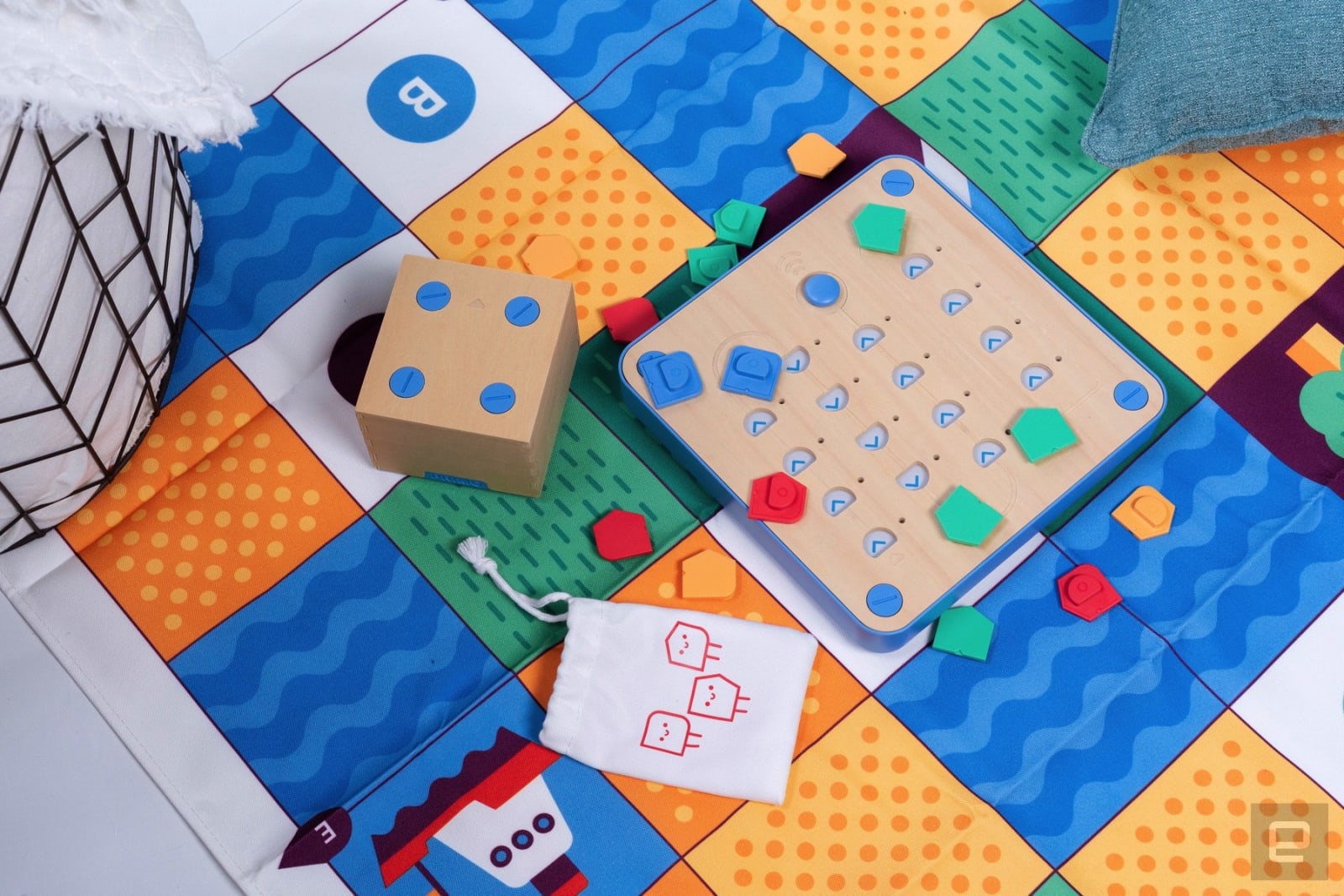 Cubetto is a great place to start. It's suitable for children as young as three since it relies on simple color-coded blocks to perform basic tasks. Your child puts them in the control board in the order they want, presses a button and Cubetto starts moving about. To make the most of Cubetto, though, you're going to want the various adventure packs that give you worlds to explore and stories to tell. And best of all, Cubetto is completely screen free. It's a hands-on, tactile introduction to loops, functions and algorithms. 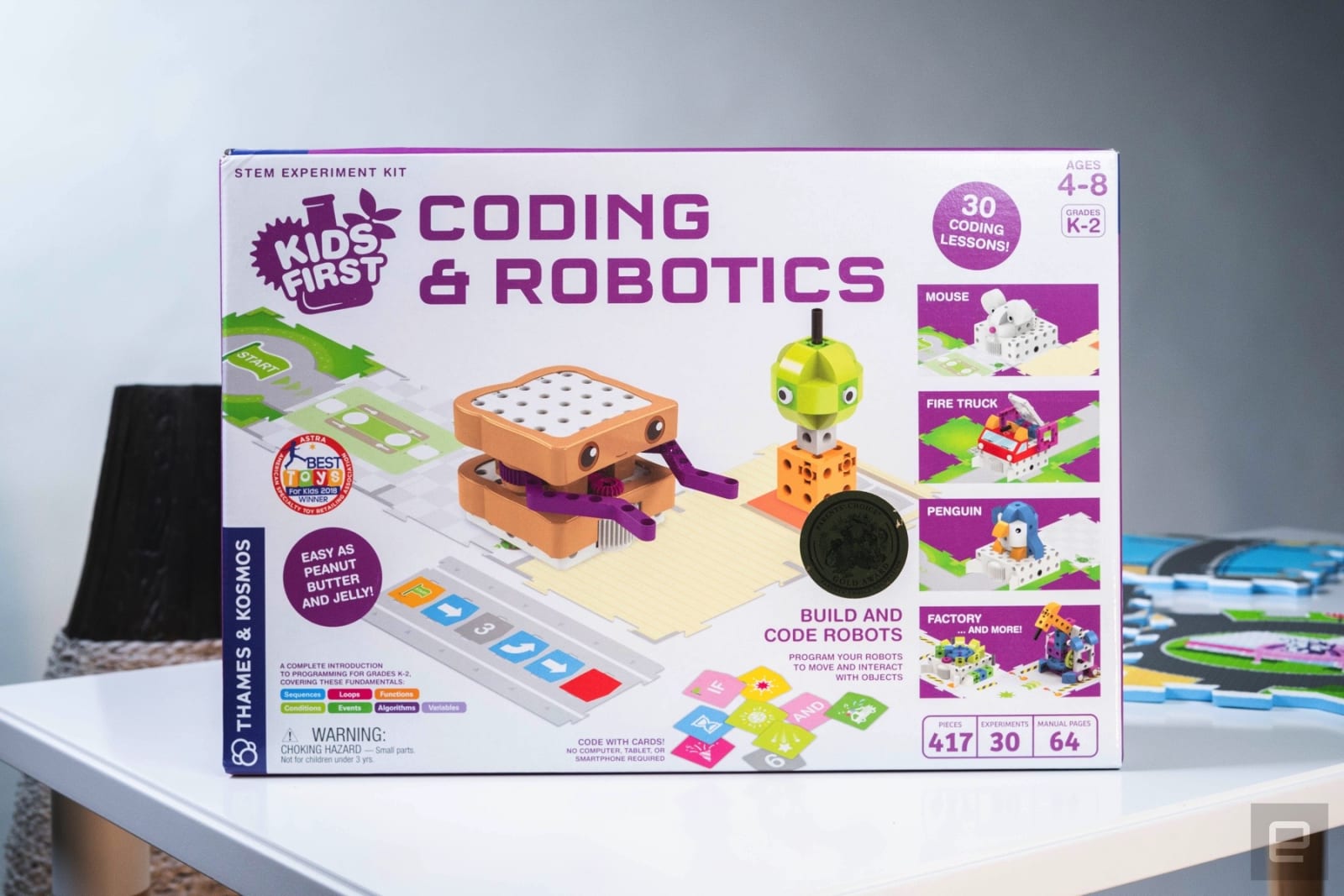 The Kids First Coding & Robotics kit from Thames and Kosmos isn't terribly different from Cubetto. It comes with its own cute little robot, this one in the shape of an anthropomorphic peanut butter and jelly sandwich named Sammy. Sammy and his kit are a little more complex than Cubetto, which is why it's suggested for children at least four years of age. But that complexity makes it much more flexible. Sammy isn't confined to a play mat or a pre-scripted storybook. In fact, you can even swap out that adorable sandwich body for other pieces to build a mouse that steals cheese or a fire truck that puts out fires. 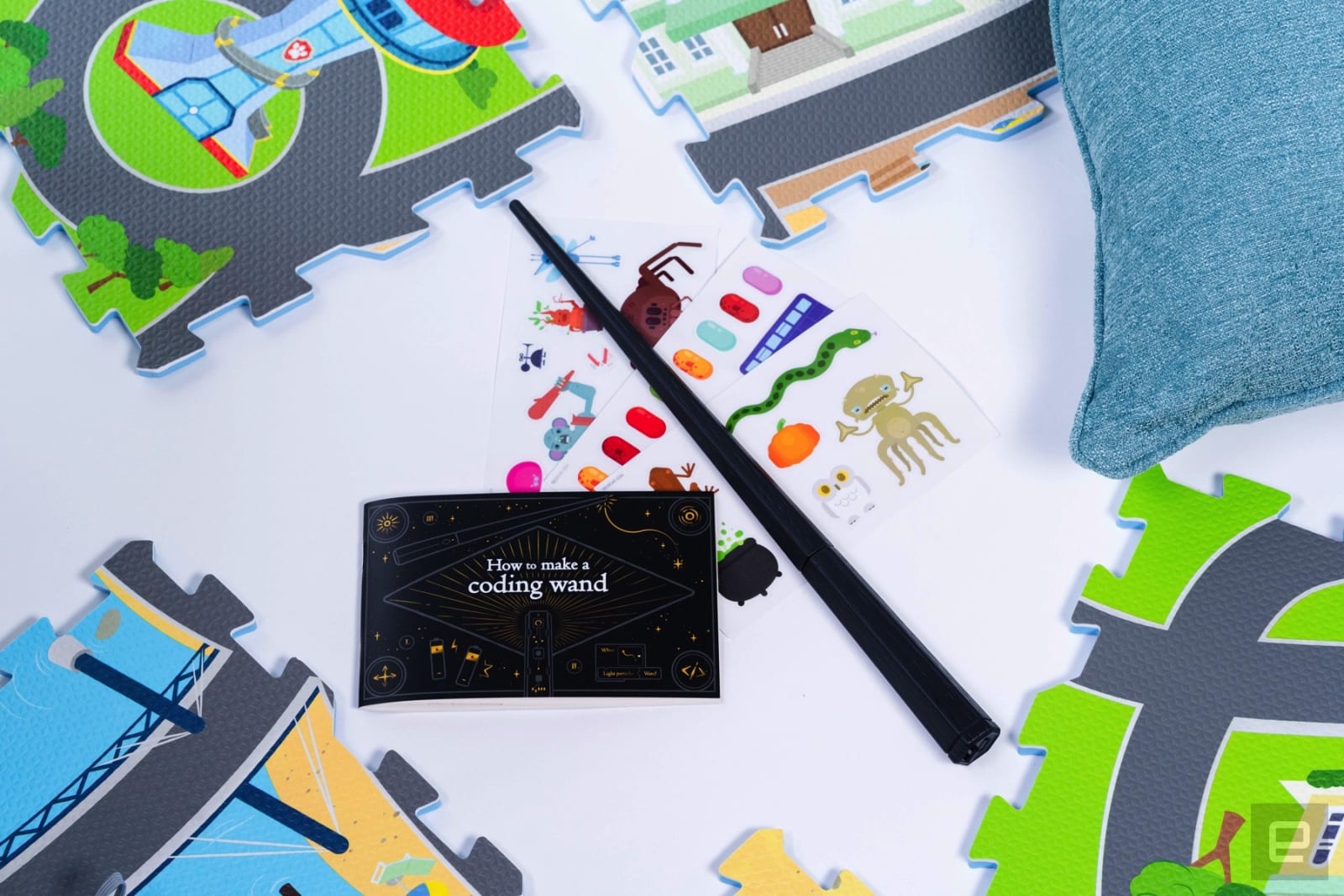 Eventually, though, your kid will grow out of all this screen-free business. And, of course, it's unavoidable that they will eventually become obsessed with Harry Potter. But don't worry: You can use that to your advantage. This kit from Kano teaches your kids that coding is magic. No, seriously, they build a wand and then using an app, create spells that they perform simply by waving it around. (And presumably using the right incantation.)

Once they've mastered the basic concepts behind programming, it's time to graduate to something more serious. Sphero and littleBits have carved out a name for themselves in the world of STEM toys by combining simplicity and playfulness with a surprising amount of flexibility. While something like the Droid Inventor Kit or the Bolt are appropriate for children as young as eight, they're equally fun for an adult. (Or an adult-aged child.) And that's a great thing. Because if you're excited about something, it's more likely that your child will be too. And keeping you, the parent, engaged will make you more likely to put effort into the whole teaching-your-kid-to-code thing. 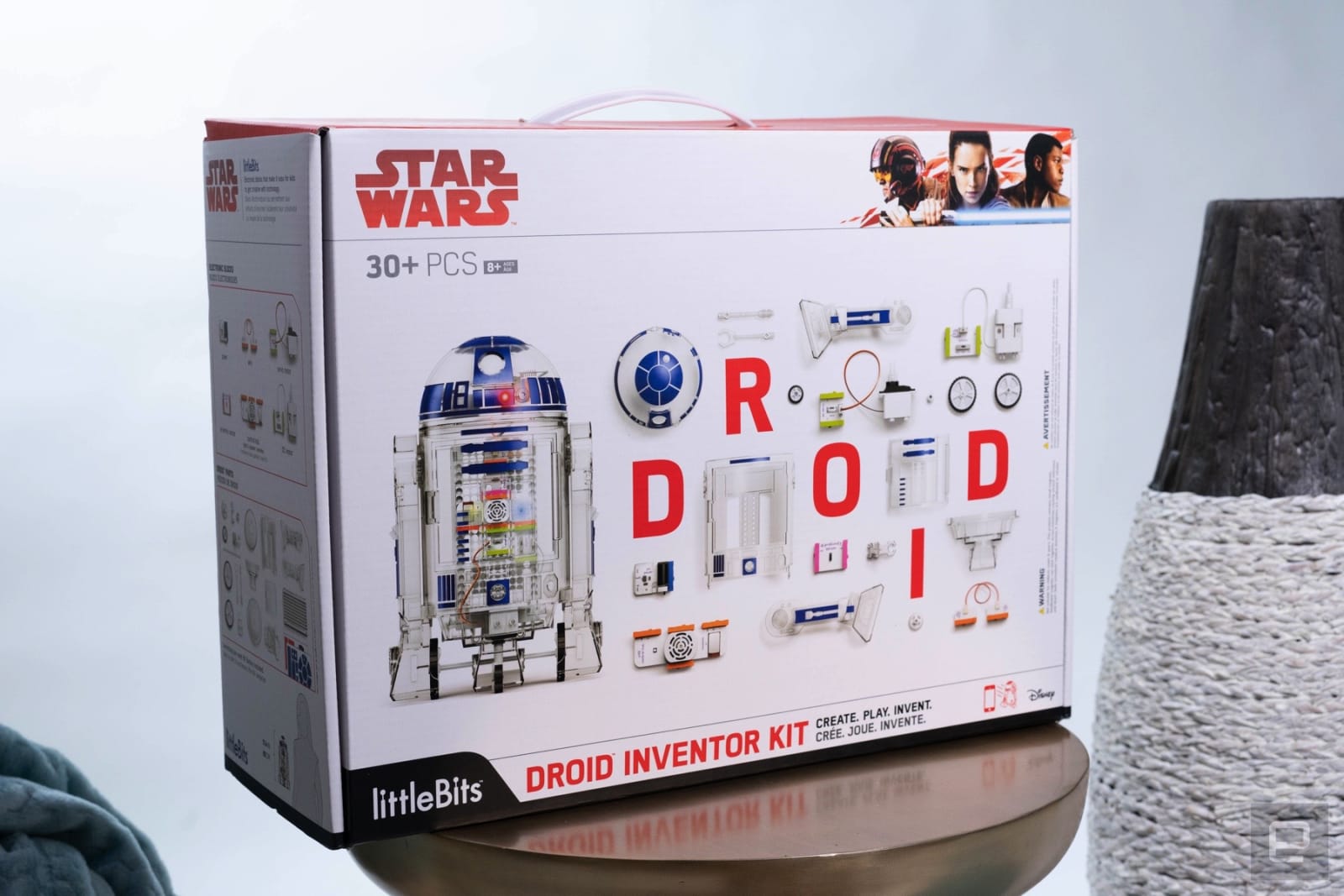 The littleBits kit lets your child build their very own R2D2 and customize it to their heart's content with pieces that magnetically snap together. I personally own some littleBits stuff (though not the Droid Inventor Kit specifically) and can tell you that it's insanely fun, flexible and basically foolproof. 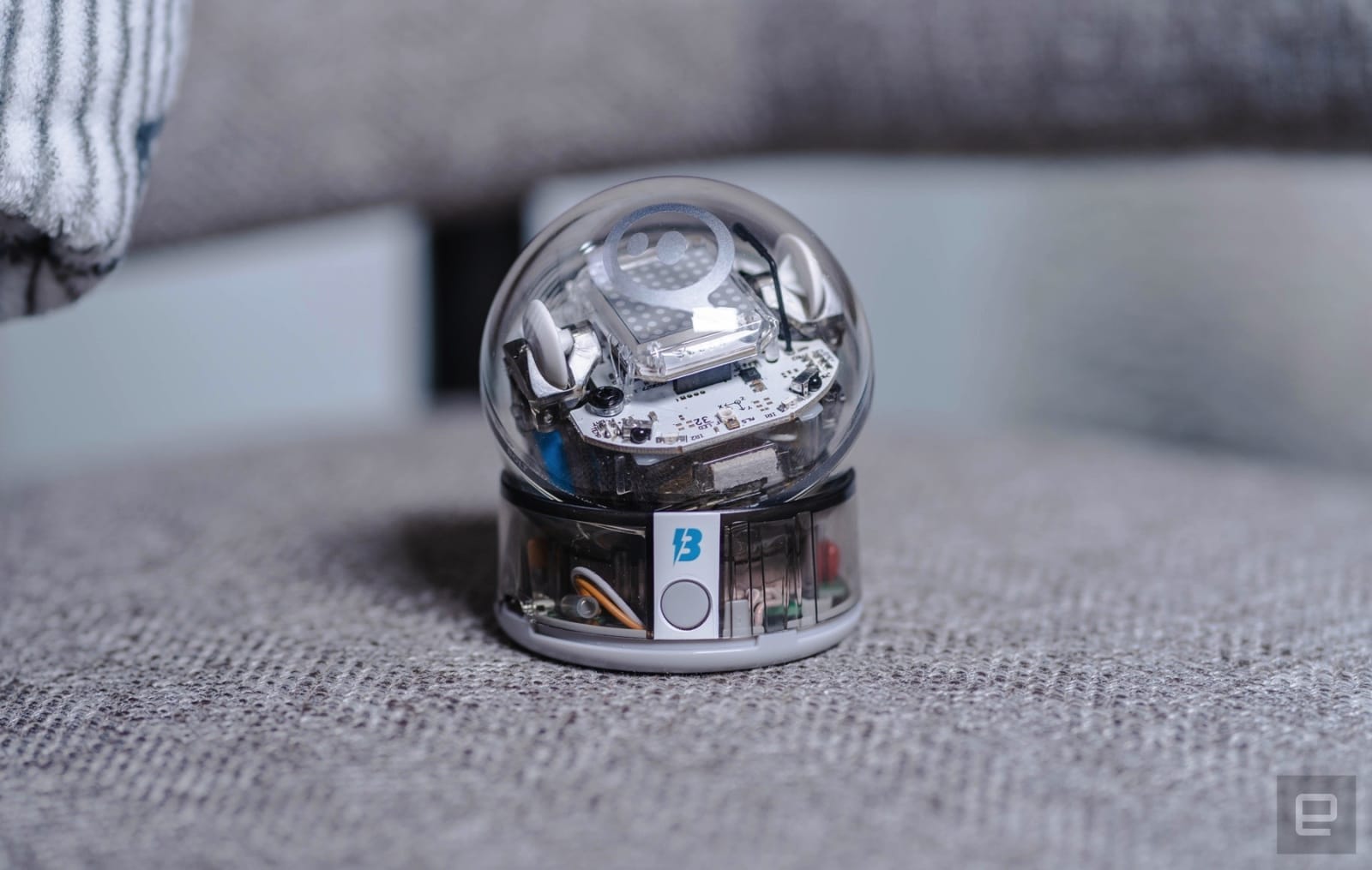 Bolt doesn't have a bunch of parts you can swap in and out, but the Sphero EDU app is a great way to teach kids the basics of computer science using little more than a robot ball with some blinking lights in it. Plus, the app is compatible with basically any device and even works in a browser. 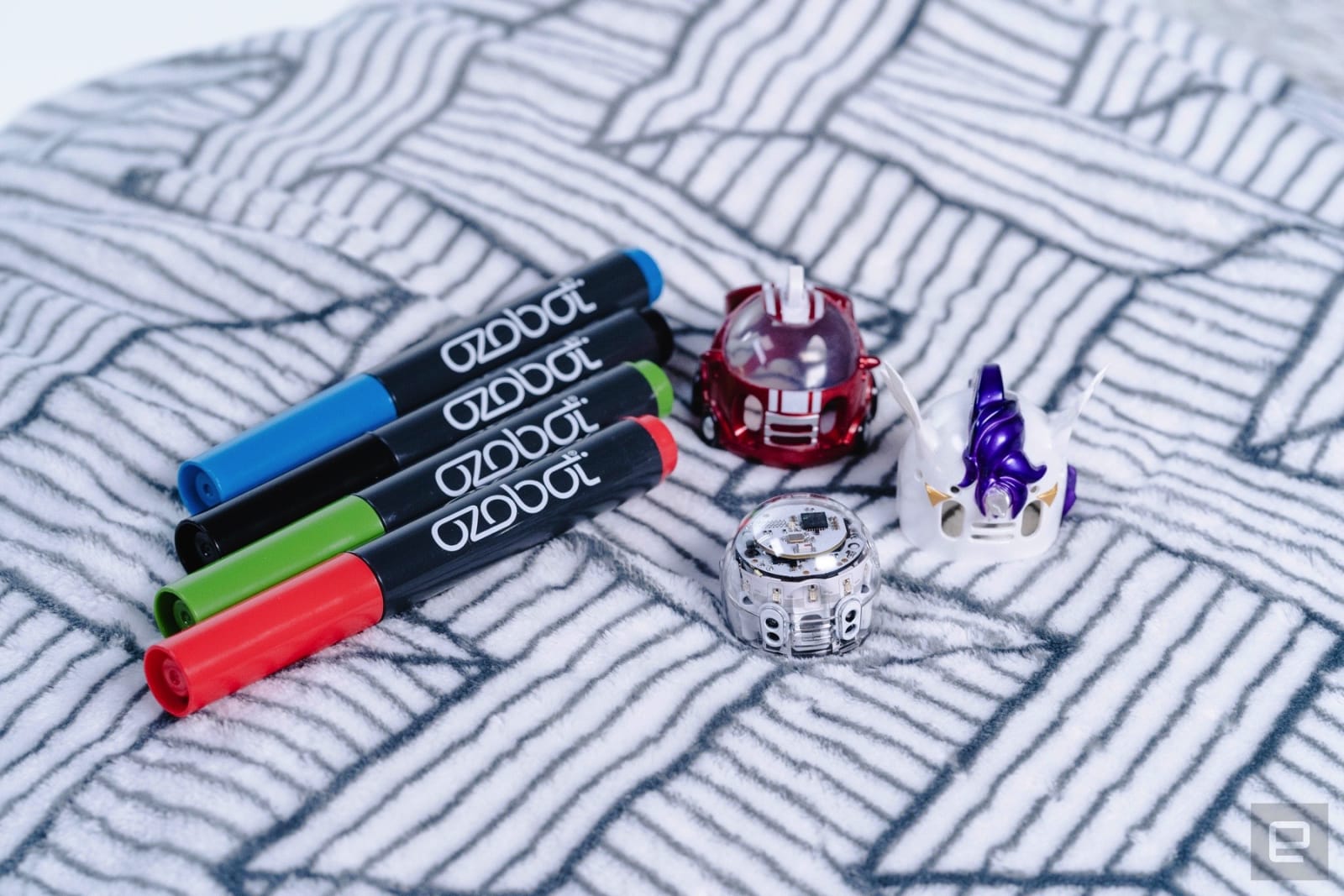 Evo from Ozobot isn't much more advanced than Sphero, but it takes a lot of the skills it teaches, as well as those taught by Sammy, and combines them into one surprisingly capable robot. (You may have noticed there are /a lot/ of robots in here.) Evo is super tiny and loaded with a ton of sensors. And its unique coding environment, OzoBlockly, is clean, intuitive and deceptively powerful. Plus it has several different modes, which allows it to grow with your child as they master key concepts. 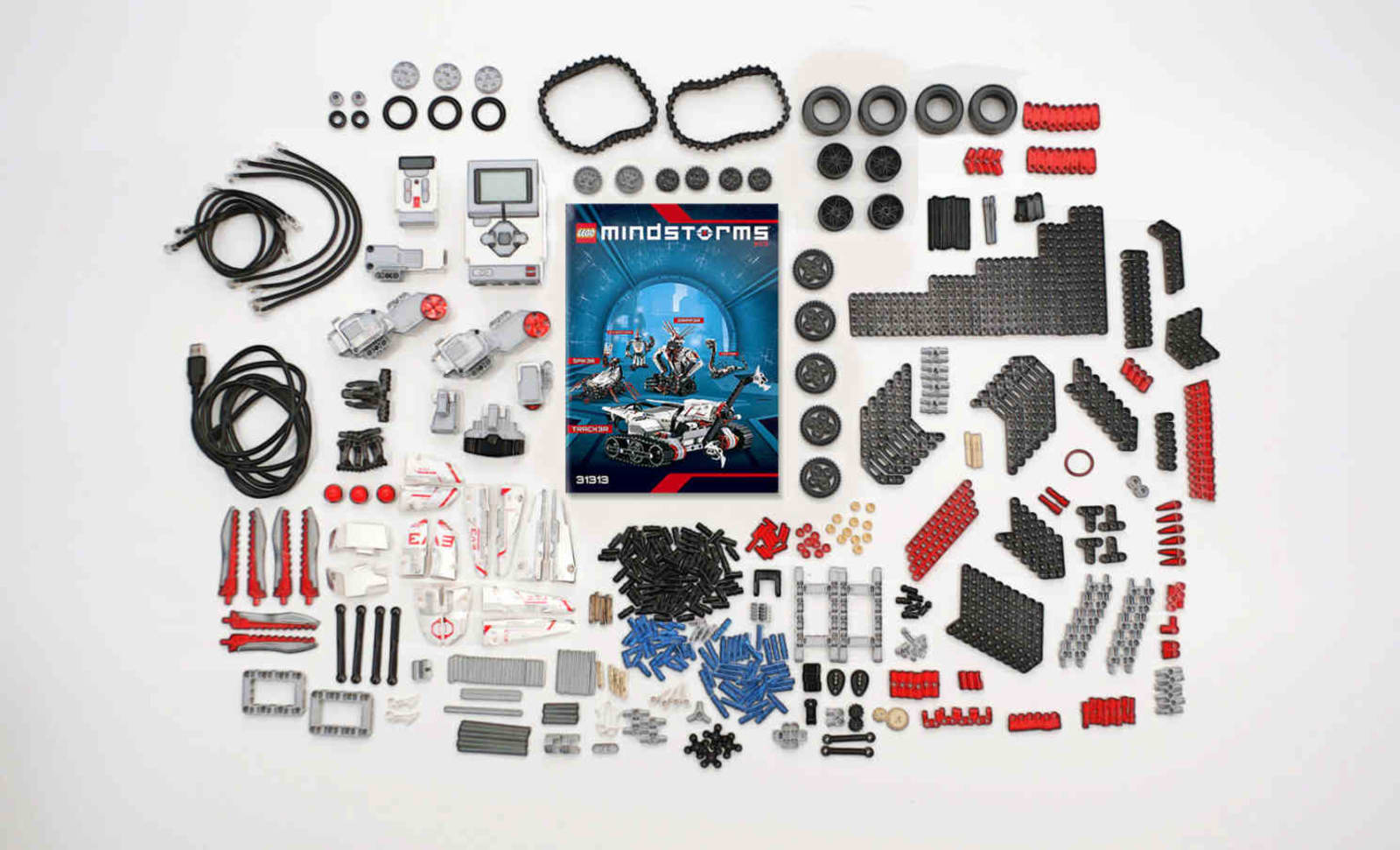 The granddaddy of kid coding kits, though, is Mindstorms. And in many ways, it's still the standard by which most other STEM toys are measured. We definitely recommend it for a slightly older child. Lego says the kit is appropriate for ages 10 and up. While Mindstorms is endlessly versatile and can be used to build everything from replicas of the Curiosity rover to robots that can solve Rubik's Cubes to a chicken-nugget vending machine, it's not quite as beginner friendly as Lego's Boost. But once your child masters manipulating something like littleBits, they may crave even greater creative freedom.

Tech Will Save Us micro:maker Pack 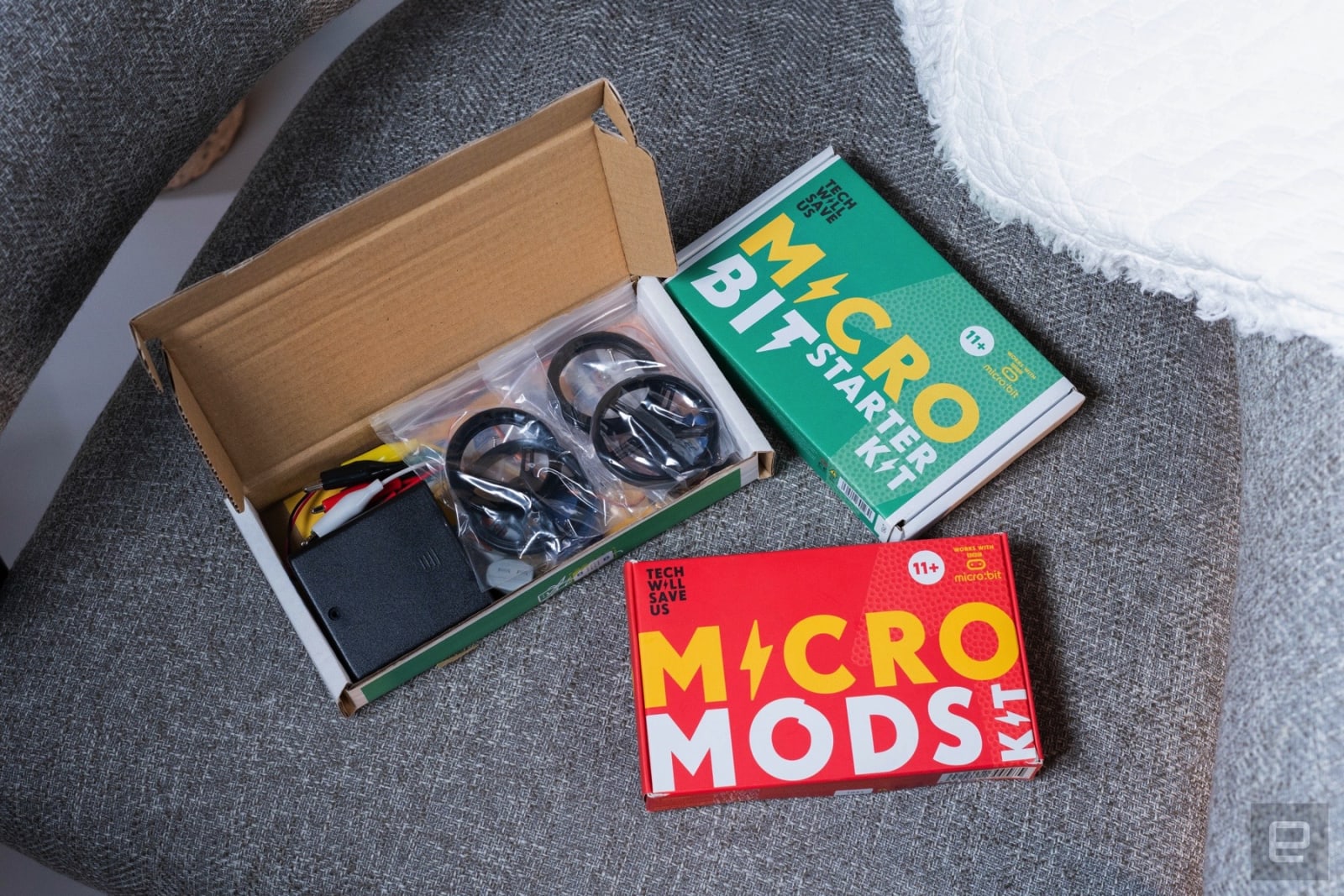 The kid who demands complete freedom will definitely appreciate the micro:bit. This tiny, BBC-backed computer fits in the palm of a child's hand. Think of it like a kid-friendly Arduino. It has buttons and lights, plus Bluetooth, a compass and an accelerometer. It even has light and temperature sensors. And its unique edge connector allows it to be hooked up to all sorts of accessories. With a little patience and creativity, a child can basically bring anything they dream up to life. This particular kit from Tech Will Save Us comes with a bunch of extras for adding strings of lights, battery power, wheels and more.

If your child has kept up the coding habit long enough to grow out of the micro:bit, there's a good chance you have a little engineer or inventor in the making. And even if not, they'll still have learned a ton of valuable skills.

In this article: coding, cubetto, education, gadgetry, gadgets, gear, kano, kids, lego, lego mindstorms, littlebits, micro:bit, mindstorms, ozobot, parenting, parentingtech2019, robots, sphero, stem, tech will save us, thebuyersguide
All products recommended by Engadget are selected by our editorial team, independent of our parent company. Some of our stories include affiliate links. If you buy something through one of these links, we may earn an affiliate commission.