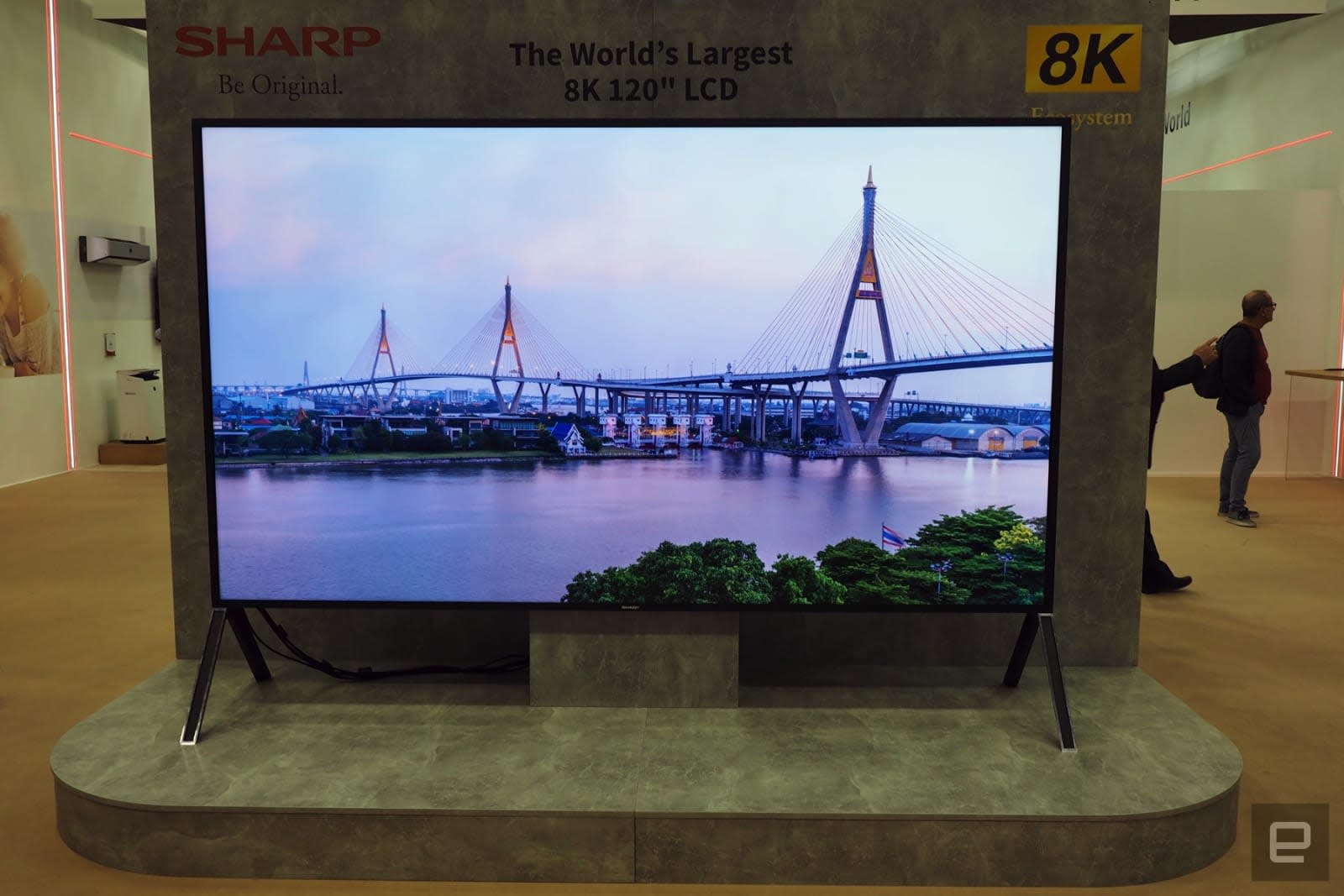 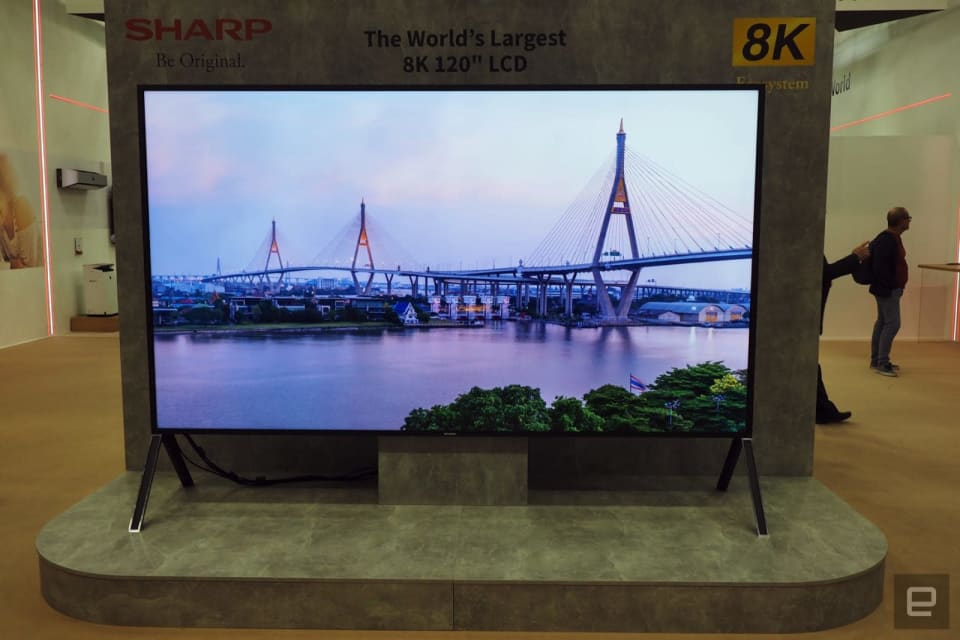 If the 55-inch 4K TV in your den is starting to look too small, Sharp wants you to know something to the tune of 120 inches is coming. On Wednesday, the company announced it plans to showcase the world's largest 8K LCD TV at the upcoming IFA trade show in Berlin, Germany, which starts on September 6th. For those who are wondering, the world's biggest 8K TV is actually Samsung's 292-inch The Wall Luxury, but that's based on MicroLED instead of LCD.

Other than the fact its new TV will feature a 120-inch LCD panel, Sharp doesn't provide too many details about its new display. One interesting tidbit is that it will feature 5G connectivity — ostensibly because in 2019 every new device must somehow include 5G.

In all seriousness, Sharp says the combination of 8K and 5G support makes its new TV the ideal tool for displaying works of art. The company envisions a scenario in which art historians will use the device to carry out restorations remotely. Of course, how cash-strapped art institutions will afford the world's biggest 8K LCD TV isn't something Sharp answers.

There's a long tradition of TV manufacturers using trade shows to hawk pie in the sky TV concepts. CES, in particular, is famous for this. In 2018, for example, LG brought a prototype rollable OLED TV to Las Vegas. One year later, the company said it plans to release the TV before the end of 2019. All of that is to say, there's the possibility Sharp's new TV could eventually make its way to consumers. Just be prepared to pay a hefty price for it: Sony's 98-inch 8K LCD TV from earlier this year is asking for $70,000.

In this article: 5g, 8k, av, gear, IFA2019, sharp, tv
All products recommended by Engadget are selected by our editorial team, independent of our parent company. Some of our stories include affiliate links. If you buy something through one of these links, we may earn an affiliate commission.