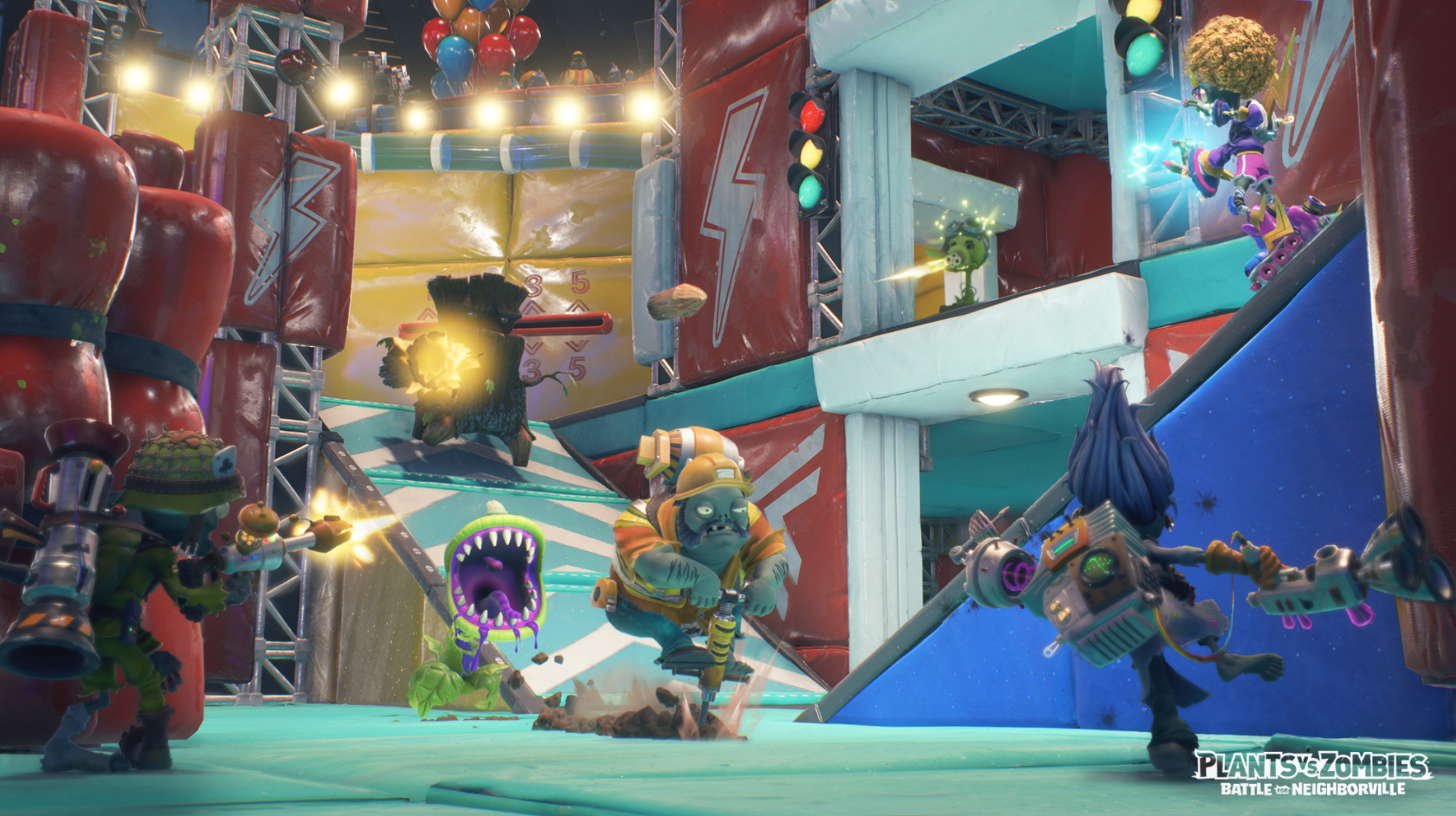 The latest game in the long running Plants vs. Zombies series has arrived for PS4, Xbox and PC. Plants vs. Zombies: Battle for Neighborville is a third-person shooter, but it's cartoony enough for older children; EA calls it "our biggest and most accessible shooter ever." Players can compete in head-to-head multiplayer matches and explore new areas solo or in split-screen and online co-op modes.

Unlike the main entries in the series, which are tower defense games, Plants vs. Zombies: Battle for Neighborville is more in line with Garden Warfare and its sequel. Teams of plants and zombies face off in battle across six multiplayer modes, but this isn't a kid-friendly version of Fortnite; think more along the lines of Halo's team modes or even Team Fortress 2.

EA encouraged gamers to purchase and play Battle for Neighborville early last month for $30 as opposed to the standard $40 price. This Founders Edition allowed developer PopCap to "polish performance, listen to feedback and establish a more stable launch," according to the game's director, Rob Davidson. In other words, gamers got $10 off for participating in a beta test. For $50, fans can purchase the Deluxe Edition, which comes with extra outfits and emojis, plus a digital comic.

PopCap and EA are also working on Plants vs. Zombies 3, and similar to the Founders Edition of Battle for Neighborville, Android users can play a pre-alpha version of the game to test for bugs and gather feedback about the game's combat. As this a very early, pre-alpha build of the game, we're not expecting an official release until 2020.

Plants vs. Zombies: Battle for Neighborville is available today as a digital download for PS4, Xbox One and PC via Origin.

In this article: av, ea, EA Origin, games, gaming, origin, pc gaming, plants vs zombies, plants vs zombies battle for neighborville, popcap, ps4, thebuyersguide, third person shooter, xbox one
All products recommended by Engadget are selected by our editorial team, independent of our parent company. Some of our stories include affiliate links. If you buy something through one of these links, we may earn an affiliate commission.