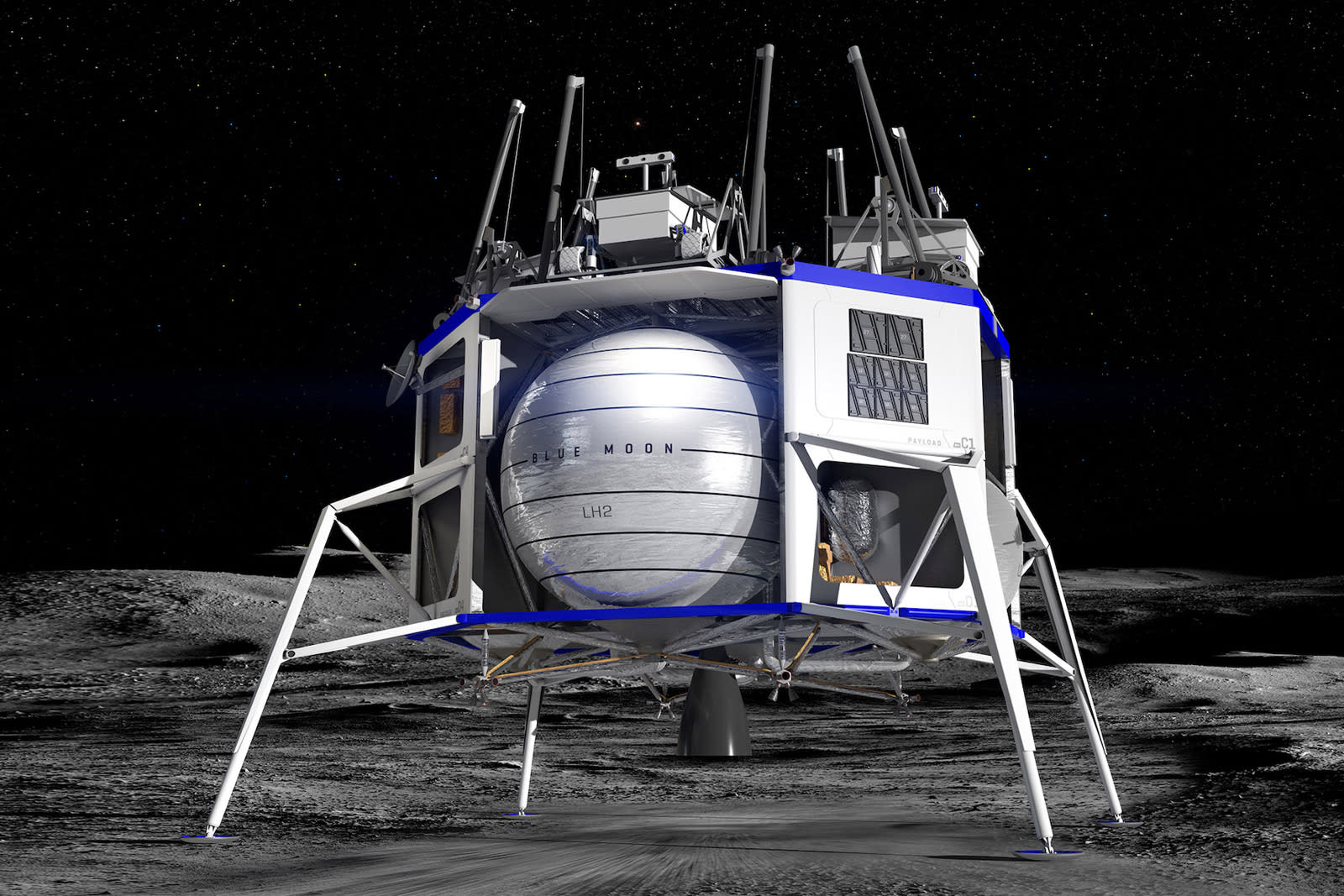 Blue Origin won't be alone in working on a crewed lunar lander that will (hopefully) participate in NASA's Artemis program. Jeff Bezos' outfit has unveiled a trio of partners that will help it complete the Human Landing System, all of which are space industry veterans. Lockheed Martin will work on the reusable Ascent Element vehicle as well as lead crewed flight ops. Northrop Grumman, meanwhile, will produce the Transfer Element that brings the landing system toward the Moon. Draper, in turn, will handle descent guidance and avionics.

This still leaves Blue Origin with plenty to do. It'll be the "prime contractor" and handle overall program management, engineering (both for systems and the mission), mission assurance and safety. It'll also provide the Descent Element based on work from its Blue Moon lander.

This is an acknowledgment from all parties, not just Blue Origin, that they'll need help if they're going to fulfill NASA's ambitious goal of returning people to the Moon by 2024. NASA itself is scrambling to award contracts for projects that will study the Moon ahead of the landing -- a human-piloted lander is that much more daunting. The alliance potentially saves massive amounts of time, assuming NASA formally chooses their landing system.

All three partners have plenty of directly relevant experience, at least. Lockheed has been working on its own lunar lander design, while Northrop intends to base its Transfer Element on the Cygnus capsules it uses for International Space Station resupply missions. Draper, in turn, is no stranger to Moon missions when it built the guidance computer for the Apollo program. It's a question of whether or not all these companies can come together to produce a Human Landing System on time and with the safety levels NASA needs. The lander's first trip to the Moon will have people aboard, so Blue Origin and friends can't take any chances.

In this article: artemis, blue moon, blue origin, draper, jeff bezos, lander, lockheed martin, lunar lander, moon, nasa, northrop grumman, space, spaceflight, tomorrow, gear
All products recommended by Engadget are selected by our editorial team, independent of our parent company. Some of our stories include affiliate links. If you buy something through one of these links, we may earn an affiliate commission.