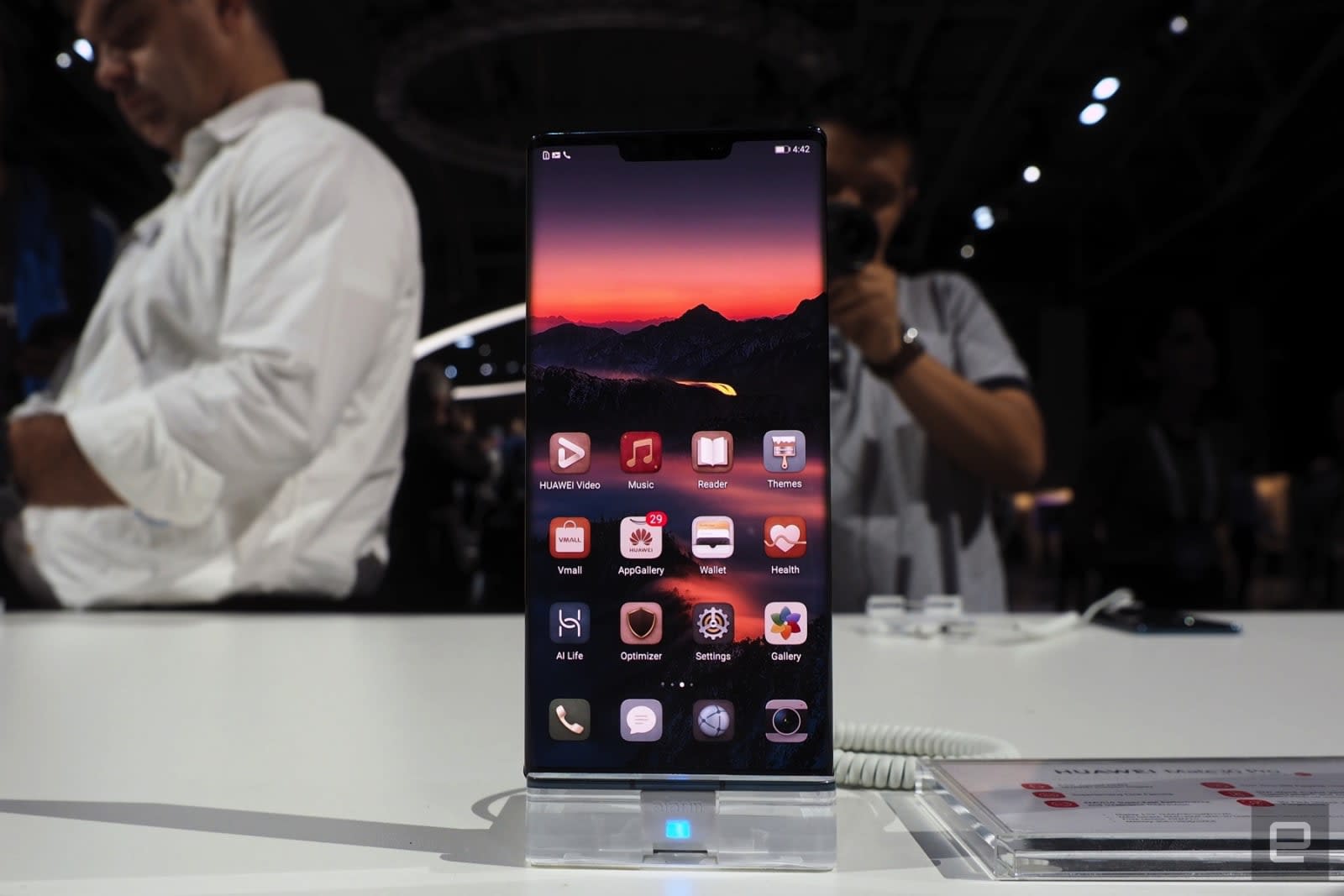 The US government's decision to blacklist Huawei didn't immediately spell calamity for the Chinese tech giant, but it might not be so confident in 2020. The Information sources claim that Huawei is predicting its smartphone sales will drop 20 percent this year due to the US ban forbidding partnerships with Google and other American firms. While the company had a banner 2019 with over 240 million phones sold, it now expects 'just' 190 million to 200 million.

The effect was arguably delayed by the typical annual phone cycle. Huawei is allowed to continue offering the P30 Pro and other phones that shipped before the US ban, but those devices are gradually being replaced -- the P40 Pro will be announced on March 26th. That could make Huawei's phones a much tougher sell in Europe and other regions where many users expect Google apps, even if there are alternatives like Huawei's AppGallery.

If the prediction comes to pass, it'll suggest that the US achieved one of its goals: limiting Huawei's growth. It's convinced the Chinese government can use Huawei devices for spying purposes (despite a lack of tangible public evidence), and restricting US involvement theoretically reduces the number of target devices on the market. Huawei still enjoys strong sales in its native China and other countries, but it could have a tough time challenging Apple or Samsung going forward.

In this article: android, ban, blacklist, china, gear, google, huawei, mobile, smartphone
All products recommended by Engadget are selected by our editorial team, independent of our parent company. Some of our stories include affiliate links. If you buy something through one of these links, we may earn an affiliate commission.