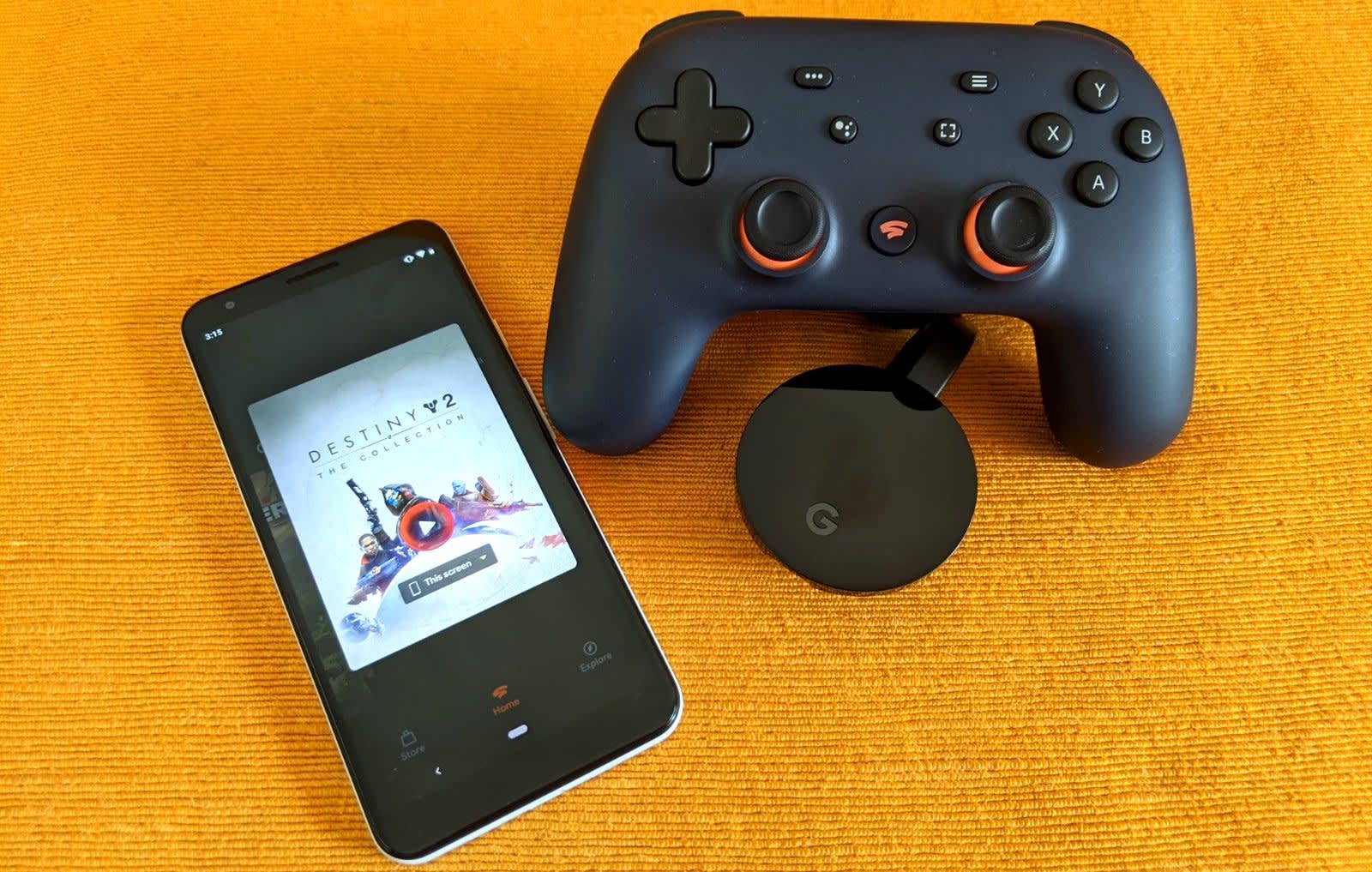 With Doom Eternal launching today, Google is offering its first-ever discount on Stadia. For today only, you can get $30 off the Stadia Premiere Edition, making it $99 instead of $129. The bundle comes with everything you need to start playing, including a controller, Chromecast Ultra and three months of Stadia Pro.

Whether it makes sense to jump on the Stadia train at this point will depend on how you feel about the platform's prospects. Four months after launch, it's fair to say Google has thus far overpromised and underdelivered on Stadia.

Doom Eternal is the perfect example of so many the problems people have had with Stadia and Google's messaging. When Google first announced the game would make its way to Stadia, the company said it would play at "true 4K." We recently learned Doom Eternal would instead render natively at 1800p and upscale to 4K. While Stadia has had its share of issues, 4K streaming, in particular, has been a thorny issue for the platform. Many of the service's marquee titles, including Red Dead Redemption 2 and Destiny 2, don't support true 4K. Understandably, that's something that has led to a lot of frustration among people who pay $10 per month for Google's Stadia Pro subscription to get that specific perk.

In this article: bethesda, doom eternal, game streaming, games, gaming, gear, google, id software, services, Stadia, streaming, engadgetdeals, thebuyersguide
All products recommended by Engadget are selected by our editorial team, independent of our parent company. Some of our stories include affiliate links. If you buy something through one of these links, we may earn an affiliate commission.