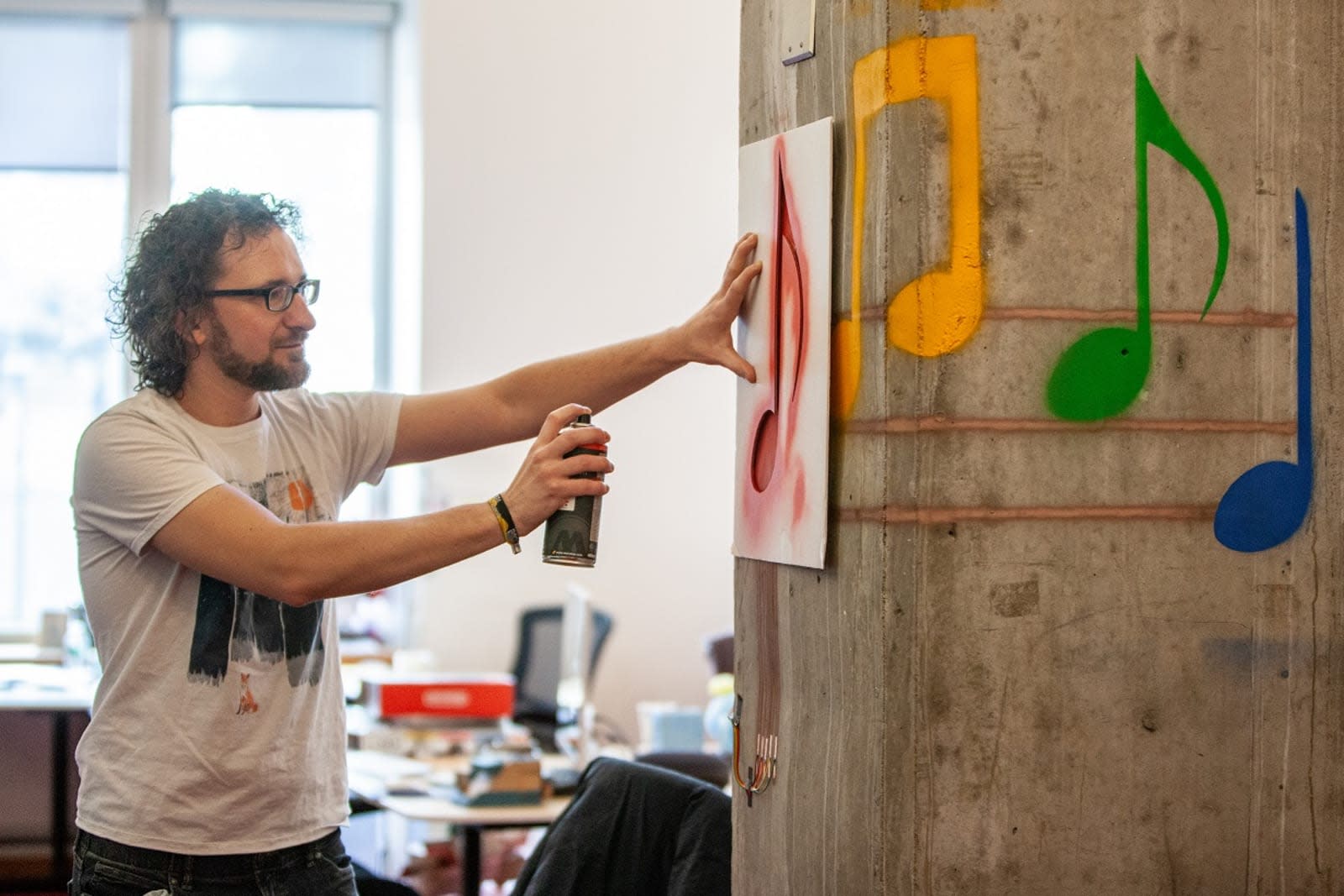 Scientists from MIT have developed a way to create interactive surfaces using airbrushed inks -- or in other words, graffiti that actually does stuff. The SprayableTech system lets users create room-sized interactive graphics with sensors and displays that can be applied to everything from walls to furniture. Spray-painted art on walls can be used to turn lights on and off, for example, while designs airbrushed onto the arm of a couch can be used to control a TV.

After designing the interactive artwork with a 3D editor, the system generates stencils for airbrushing the layout onto a surface. Then a series of inks are applied -- conductive copper ink, paint, dielectric, phosphor, copper bus and a clear conductor -- and then a microcontroller is attached, connecting the interface to a board that runs the code for sensing and output.

The system hinges largely on the stencil design phase, to ensure the inks are placed in the right places and can connect to the microcontroller properly, so at this stage there's not much opportunity for spontaneous exploration -- you couldn't just spray a design on the wall and expect it to control your lights, for example. But the team is now working on creating modular stencils, potentially allowing users to try the system at home without needing to use a 3D editor or cut out stencils themselves.

And looking ahead, the team has even bigger plans. Michael Wessely, lead author on the paper about SprayableTech, says, "We view this as a tool that will allow humans to interact with and use their environment in newfound ways. In the future, we aim to collaborate with graffiti artists and architects to explore the future potential for large-scale user interfaces in enabling the internet of things for smart cities and interactive homes."

In this article: architecture, design, gadgetry, gadgets, gear, graffiti, home, interactive, interior, MIT, smart cities, smart home, SprayableTech, surfaces, tomorrow
All products recommended by Engadget are selected by our editorial team, independent of our parent company. Some of our stories include affiliate links. If you buy something through one of these links, we may earn an affiliate commission.