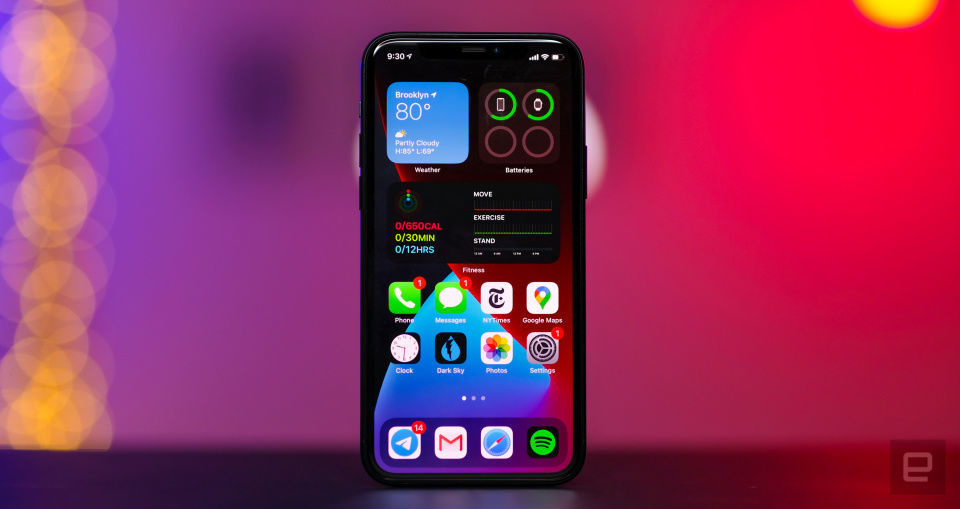 As promised, Apple just dropped iOS 14. It’s now available on iPhone 6s and above, and it brings a whole bunch of new features. Those include home screen widgets, an App Library, Apple Clips, picture-in-picture mode and pretty significant changes to Siri and Messages.

Along with iOS 14, Apple released iPadOS 14. From the public beta, we know that many of the iOS 14 updates are headed to the iPad, including a less obtrusive Siri, changes to Messages, tweaks to existing apps and a renewed privacy focus. But there are also plenty of iPad-specific changes, like Scribble, which lets you use the pencil to write in any text entry field.

To round out the bundle, Apple’s watchOS 7 is also available. The most notable changes there are the long-overdue addition of sleep tracking and new watchfaces. There are also some fitness updates, cycling directions in Apple Maps and automatic hand-washing detection. Sadly, Fitness+, which Apple announced yesterday, isn’t ready just yet.

There’s still no word about the macOS Big Sur update, but history suggests that will probably arrive in early October.

In this article: apple, ios 14, ipados 14, watchos 7, release, available, news, gear
All products recommended by Engadget are selected by our editorial team, independent of our parent company. Some of our stories include affiliate links. If you buy something through one of these links, we may earn an affiliate commission.