The Morning After: What to expect at WWDC 2020

Now that the EA Play online event has come and gone, I can say I’ve actually seen Star Wars: Squadrons in action. While I’m still a little skeptical about whether most people can handle that kind of movement in virtual reality, everything EA showed in its teaser made jumping into an X-Wing this fall seem very appealing.

Of course, the truly notable reveals were probably peeks at next-gen sports games, another co-op mission from the creator of A Way Out and, last but not least, word that Skate will return. Is it returning as a new game or a remake? We don’t know, but it’s back. And Lost in Random is… different from anything we’ve seen this side of A Nightmare Before Christmas.

The flagship product is the TCA Sidestick Airbus Edition, a PC joystick and ergonomic replica of the Airbus sidestick. The modular design includes 12 remappable buttons. The built-in throttle axis includes a thrust reverser function, a unique feature of real aircraft and users can rotate the handle to control the rudder. The sidestick will cost $69.99 and be available beginning June 25th.
Continue reading.

It all happens next Monday, and for Apple, regardless of its online-only status, this year’s WWDC keynote could be a big one. Alongside major updates to iOS on your iPhone (new ways to organize your apps? Widgets on your home screen, finally?), rumors suggest the company is ready to announce its shift to ARM chips. This would be Apple’s first major architecture switch since early 2006 when it officially moved away from its long-running PowerPC chips to Intel's popular multi-core CPUs. We’ve got everything else we’re expecting to see, right here.

It all begins with a live-streamed keynote starting at 10 AM PT/ 1 PM ET on Monday, June 22nd. We’ll be reporting everything of note — so join us then!
Continue reading.

During EA Play, we got a brief look at what to expect from EA Sports titles on next-gen consoles. Both FIFA 21 and Madden NFL 21 will take advantage of haptic feedback on the PlayStation 5’s DualSense controller as well as lightning-fast load times on that console and Xbox Series X.

EA suggests you should expect more life-like player movements, rich weather detail and the “most authentic character behaviors ever seen in sports video games.” Before then, EA also announced that FIFA 21 will be coming to PlayStation 4, Xbox One and PC on October 9th —  ahead of all those new consoles. If you buy FIFA 21 on PS4 or Xbox One, you can claim a free upgrade for the equivalent next-generation console later.
Continue reading.

Get 1TB of secure cloud backup for just $50 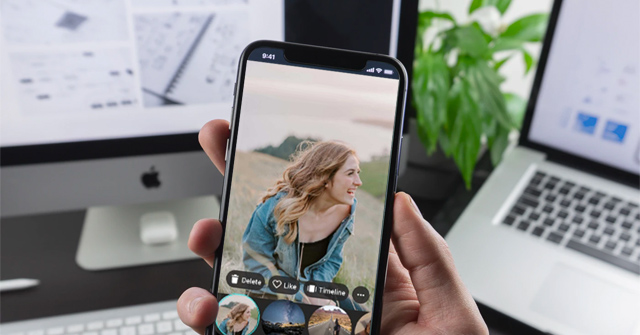 'Cyberpunk 2077' is delayed yet again until November 19th

But more details are coming next week.

While the new date might be frustrating if you’re eager to play it, you won’t have to wait too much longer to find out more about what’s in store. A livestream will provide a deeper look into the game on June 25th — that’s next week. CD Projekt Red also noted it’s given some journalists access to Cyberpunk 2077. You’ll be able to check out their previews right after the stream ends.
Continue reading.

'Spider-Man: Miles Morales' is about half as long as the original game