The Morning After: Facebook.com is about to show off a new look

And Tesla pushed back a couple of projects.
Engadget|04.30.20
@engadget

Whether you’re in an office or at home, there’s a decent chance you’ve been wasting time on Facebook.com. After going years without a major redesign, the company is rolling out a rebuilt page with a new look, so Nick Summers talked to engineers about the timing and what’s new. If you haven’t deleted your account already, then it’s worth getting familiar with the new site now, before it pops up in one of your browser tabs.

There was good news in Tesla’s earnings call Wednesday -- the company turned a profit again in its most recent quarter. The bad news is that its Semi hauler is delayed again. Originally unveiled in 2017 with a planned launch in 2019, it’s now on the release schedule for 2021.

On a call to discuss the results, Elon Musk also said that the company’s “Full Self Driving” upgrade will become available later this year as a monthly subscription service. Also delayed: planned self-driving Tesla robo-taxis -- those should arrive in some markets next year. And there was also a rant about COVID-19-caused stay-at-home orders that Musk called “fascist.”
Continue reading.

Time to get to work.

If you plan to use an iPad to get work done, then multitasking across documents and apps is likely a major concern. iPadOS 13 upgraded Split View multitasking to support more than one window of the same app, and now Microsoft is beta testing the feature for use in Word and Powerpoint. Those in the Office Insider program can try it out now, but there’s no word yet on when the feature will be available for everyone.
Continue reading.

Unfortunately the feature is only in beta.

The new reality of a life with face masks is here, and Apple is adjusting Face ID on iPhones to reflect that. In beta software launched yesterday, Apple lets users swipe up to enter a passcode and skip the delay that usually occurs using Face ID. Some users are saying that if the phone detects a mask, it will automatically jump to the passcode screen.
Continue reading.

Launch your IT career with this CompTIA training 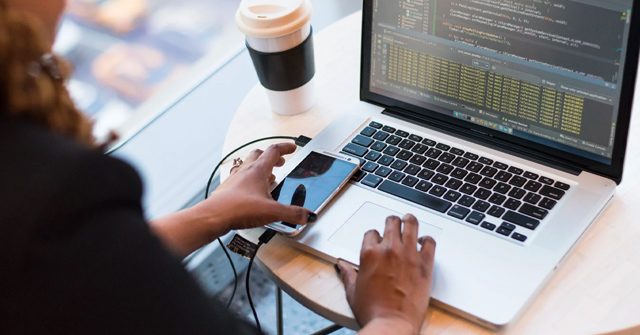 Lyft is laying off 982 employees, 17 percent of its workforce, CNBC reports. It is also furloughing another 288 workers. Layoffs are becoming increasingly common due to COVID-19, and ridesharing has been particularly hard-hit. With more people staying home, services have seen demand drop precipitously. To buffer the effects, the company plans to reduce the base salary for remaining employees for a 12-week period, with executives taking a 30 percent pay cut. Vice presidents will see a 20 percent cut, and Lyft will reduce pay by 10 percent for all other exempt employees.
Continue reading.

'Assassin's Creed: Valhalla' is set in the Viking Age

Engadget watched digital paint dry to save you time.

In arguably the most mesmerizing PR stunt in gaming so far this year, Ubisoft revealed its new Assassin’s Creed title through a live-streamed Photoshop project. In Assassin’s Creed: Valhalla, you’ll play an assassin at some point during the Viking Age, which took place between 793 and 1066 CE. Axes, furs, castles and ships at the ready -- Ubisoft will premiere the first trailer for the game today at 11AM ET.
Continue reading.

This Canon utility turns your EOS camera into an overpowered webcam

DICE is planning a new 'Battlefield' game for 2021

NHS healthcare workers in the UK have been given free access to 85,000 games

Now you can get Fairphone 3 with a 'de-Googled' OS