Hands on with CloudFTP: iOS data storage to go

Switched On: Big kicks, not all for starters 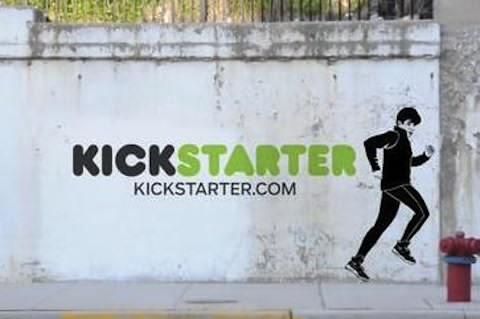 The end of last week's Switched On left doubt for the future of dedicated devices that tread on the turf of smartphones. After all, funding is key to every major new product initiative and, despite the vast fortunes of many Silicon Valley engineers that have been accumulated via IPOs and acquisitions, few wish to take on the risk of fronting a new consumer device themselves.(In 2007, the handheld FlipStart PC was hatched from FlipStart Labs, funded by Vulcan Ventures, the investment arm of Microsoft co-founder Paul Allen.)

Most venture capitalists abhor the device business; it is a rare device that makes it to the spotlight of startup debutante balls such as DEMO, TechCrunch Disrupt, or Launch. Even most of the 94 companies at CES' Eureka Park were not developing end-user devices Where, then, can a device entrepreneur go for funding and pick up some publicity in the process?

The project that has attracted the most funding in Kickstarter's history, the e-paper-based, iPhone-compatible Pebble smartwatch, recently passed the $7 million soon with most of its campaign time ahead of it. In its first few days, it surpassed the third-most funded Kickstarter project, a simple well-constructed iPhone dock that raised nearly $1.5 million, blowing past its initial funding goal of $75,000. And while many Kickstarter projects are intended to aid initiatives that can't be easily distributed, that's certainly not the case for gadgets. Increasingly, "reward tiers" for certain Kickstarter projects are essentially becoming pre-orders. In requiring every contributor to pre-order the Pebble watch at $119 (with a $99 offer for the first 200 backers), the company has attracted more than 40,000 customers or, as Kickstarter calls them, backers.

The team behind Pebble has benefitted from some degree of luck, but it hasn't exactly been beginner's luck. Prior to designing the Pebble watch, the team created the InPulse watch. Indeed, there has been some controversy as to whether Kickstarter is straying from its grassroots to become a mere way for companies to use pre-orders to save on development costs. The developers of the Tiltpod, for example, went to Kickstarter for a quick hit to create an iPhone version of their diminutive camera-steadying device. And Sanho, a longtime creator of the HyperDrive field photo backup system as well as other peripherals, tapped the community to fund a product called CloudFTP that it had been showing at media events. While the funding project for PicoProject -- a small popup screen for use with pico projectors, raised a low percentage of its funding target. Nonetheless, the Web site for the product confidently predicts that pre-orders will start at the end of April with delivery to retailers in August.

There's nothing wrong with offering those who wish to put money up front a bit of a discount. And established companies launching projects on Kickstarter may even create a halo effect as they attract attention. However, those just looking to goose their bottom line on a gadget they were planning to launch anyway dilute from the notion of Kickstarter's "all or nothing" funding philosophy. Stripped of the drama of a funding campaign, the site might as well just be a store that offers pre-orders.

In this article: cloudftp, column, development, devices, Eureka Park, EurekaPark, FlipstartLabs, hyperdrive, inpulse, kickstarter, microsoft, pebble, Sanho, Sanho HyperDrive, SanhoHyperdrive, SmartWatch, Switched On, switchedon
All products recommended by Engadget are selected by our editorial team, independent of our parent company. Some of our stories include affiliate links. If you buy something through one of these links, we may earn an affiliate commission.
Share
Tweet
Share