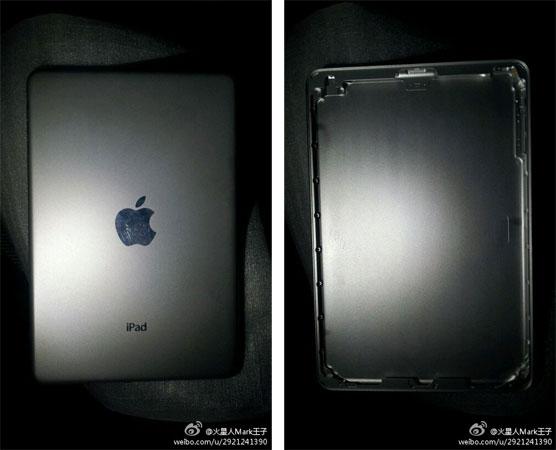 Hey, did you hear... Apple is making a 7-inch iPad. Well, the top brass at least thought about it, this much we know. What might it look like if it ever comes to be? Well, if you're willing to be a bit skeptical, it might look like the above. These images -- claiming to be legit iPad parts -- popped up on Chinese social media site Sina Weibo. There's little other activity on the account to back up the source, and the omission of a camera hole might irk some, but if these were early parts, then that could be something that is added later. For now, we're left to fill in the gaps with out imagination, which also includes hoping other recent teases might also make the leap into reality.

In this article: 7-inch ipad, 7-inchIpad, apple, china, images, ipad, ipad mini, IpadMini, ipod XL, IpodXl, leak, sina weibo, SinaWeibo, slate, tablet
All products recommended by Engadget are selected by our editorial team, independent of our parent company. Some of our stories include affiliate links. If you buy something through one of these links, we may earn an affiliate commission.
Share
Tweet
Share