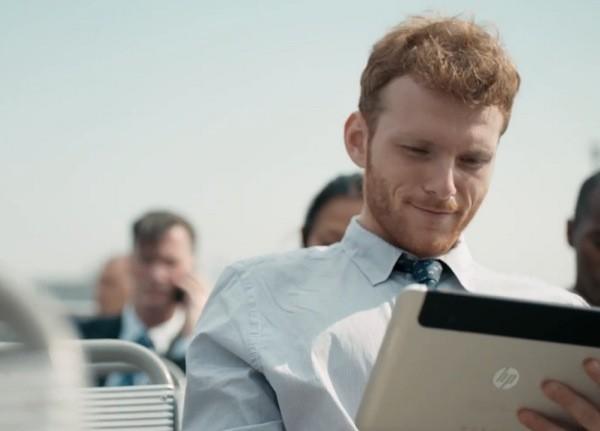 HP has been offering plenty of glimpses of its upcoming Windows 8 tablet, but it so far hasn't been doing much talking about it -- or about Microsoft's own entry into the tablet market with Surface, for that matter. That's now changed thanks to an interview senior sales VP John Solomon gave to CRN, however, where he promises that HP will have more to share about its business-minded tablet "pretty soon." What's more, unlike some other big OEMs, Soloman says that HP doesn't see a problem with Microsoft's Surface plans. He says that he thinks Microsoft "was basically making a leadership statement and showing what's possible in the tablet space," adding that, "our relationship has not changed at all due to Microsoft's announcement. In fact, I applaud it." That's not to say he doesn't take some issue with Microsoft's efforts, though, noting that while the Surface's keyboard accessory is "a great occasional use keyboard," there's "no way" that professional content creators will "use a keyboard like that for everyday use." You can find the full CRN interview at the source link below.

In this article: business-models, BusinessEnvironmentPartnership, hp, microsoft, microsoft surface, MicrosoftSurface, surface, tablet, windows 8, windows 8 rt, windows 8 tablet, Windows8, Windows8Rt, Windows8Tablet
All products recommended by Engadget are selected by our editorial team, independent of our parent company. Some of our stories include affiliate links. If you buy something through one of these links, we may earn an affiliate commission.
Share
Tweet
Share