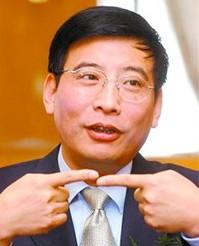 China's Minister of Information and IT doesn't always explain his decisions in much detail, leaving us to ponder a sudden acceleration in his plans to roll out LTE. Miao Wei had previously indicated that 4G permits wouldn't be issued to operators until at least 2014, but now the word according Xinhua News is that this bureaucratic phase will be completed "within about a year." Perhaps those TD-LTE base stations are being built faster than he expected, or maybe the idea of being beaten to the punch by a little island nation is just too much.

In this article: 4g, china, lte, miao wei, MiaoWei, mobilepostcross, rollout, td-lte
All products recommended by Engadget are selected by our editorial team, independent of our parent company. Some of our stories include affiliate links. If you buy something through one of these links, we may earn an affiliate commission.
Share
Tweet
Share