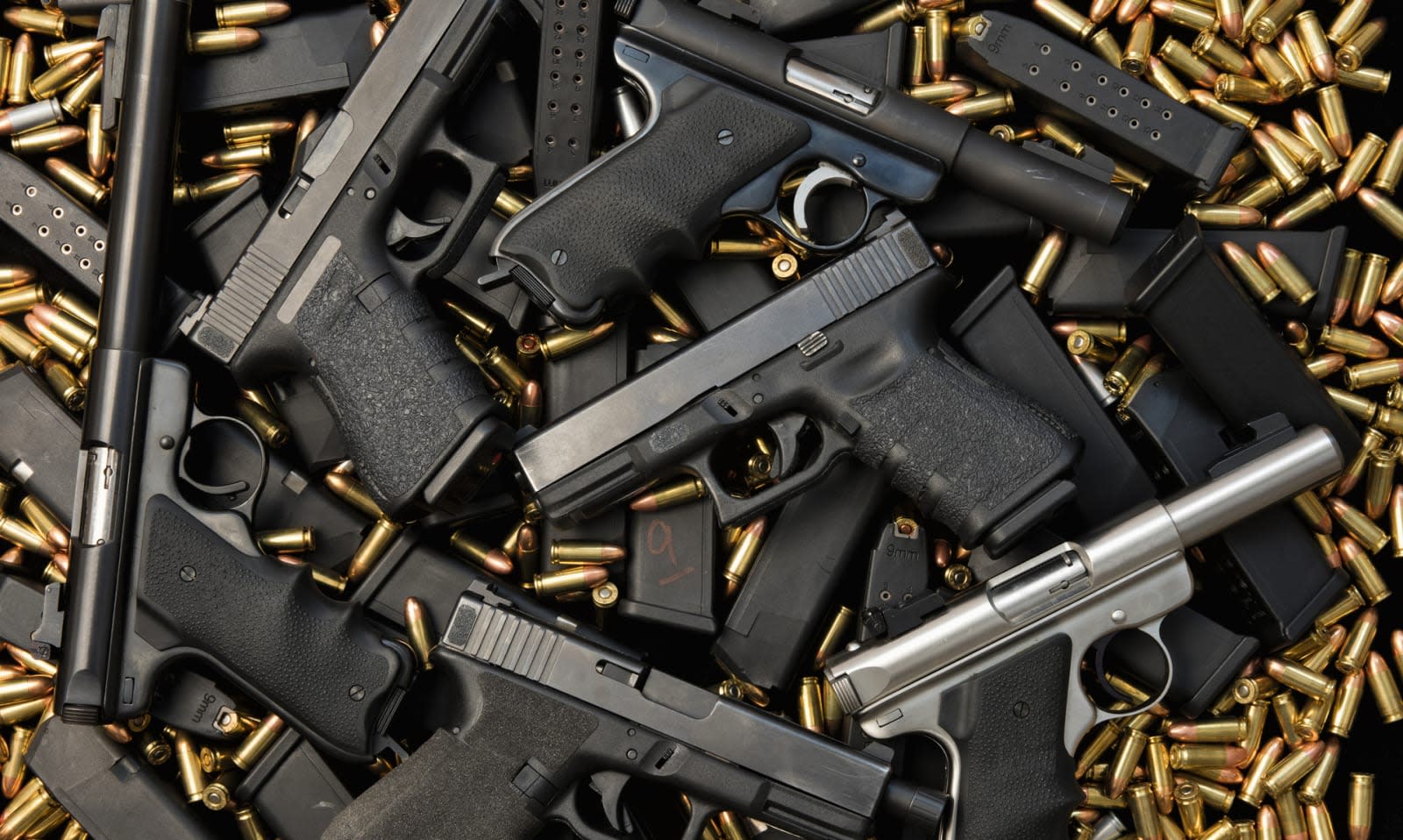 Sixty percent of all the weapons sold on the dark web are smuggled out of the US, according to research from the RAND Corporation. It, along with the University of Manchester, began investigating the illegal trade in firearms, explosives and ammunition available on Silk Road-esque marketplaces. The pair believe that sellers are making a killing by buying guns in the US and shipping them to Europe, where prices are higher.

Another revelation is that the weapons available are far newer, and are of a far higher quality, than would have been available on the analog black market. As New Scientist points out, "lax gun laws in the US are undermining stricter rules elsewhere," especially in Europe. In addition to guns and ammunition, people can buy tutorials explaining how to make bombs or convert or reactivate replica and deactivated firearms.

Because of the levels of anonymity offered by these marketplaces, tracing the sales and destinations of the guns are very difficult. The concern, as with all weapon purchases, is that they're falling into the hands of terrorists, gangs and lone-wolf shooters. The 2016 Munich shooter, for instance, appropriated the gear necessary to kill 10 and injure 36 people through the dark web.

The RAND Corporation itself isn't the sort of hotbed of commie pinko liberalism that would decry gun policy on a whim, either. The body was set up by the defense industry and receives a large proportion of its cash from the armed forces and military contractors. It points out, however, that one or two weapons in the wrong people's hands can cause "severe consequences."

The study's conclusions add that the current methods to track and trace arms trafficking would be effective if implemented properly. The only issue that can't -- yet -- be combated is the supply, sale and creation of 3D-printed firearms that can be created at home.

As with all of these studies purporting to examine trade on the dark web, it's important to look at the methodology used. After all, in the same way you'd not expect one person to represent a whole city's views, it's hard to know how detailed the analysis of a huge, theoretically unmeasurable network really is.

In this instance, researchers collected data between 19th - 25th September 2016, sucking down listings from 12 marketplaces. That created a total of 167,693 listings for products, of which 811 were judges as "relevant for the purpose of the study."

In this article: DarkWeb, Firearms, gear, Guns, RANDCorporation, security, Terrorism, UniversityOfManchester, Weapons
All products recommended by Engadget are selected by our editorial team, independent of our parent company. Some of our stories include affiliate links. If you buy something through one of these links, we may earn an affiliate commission.