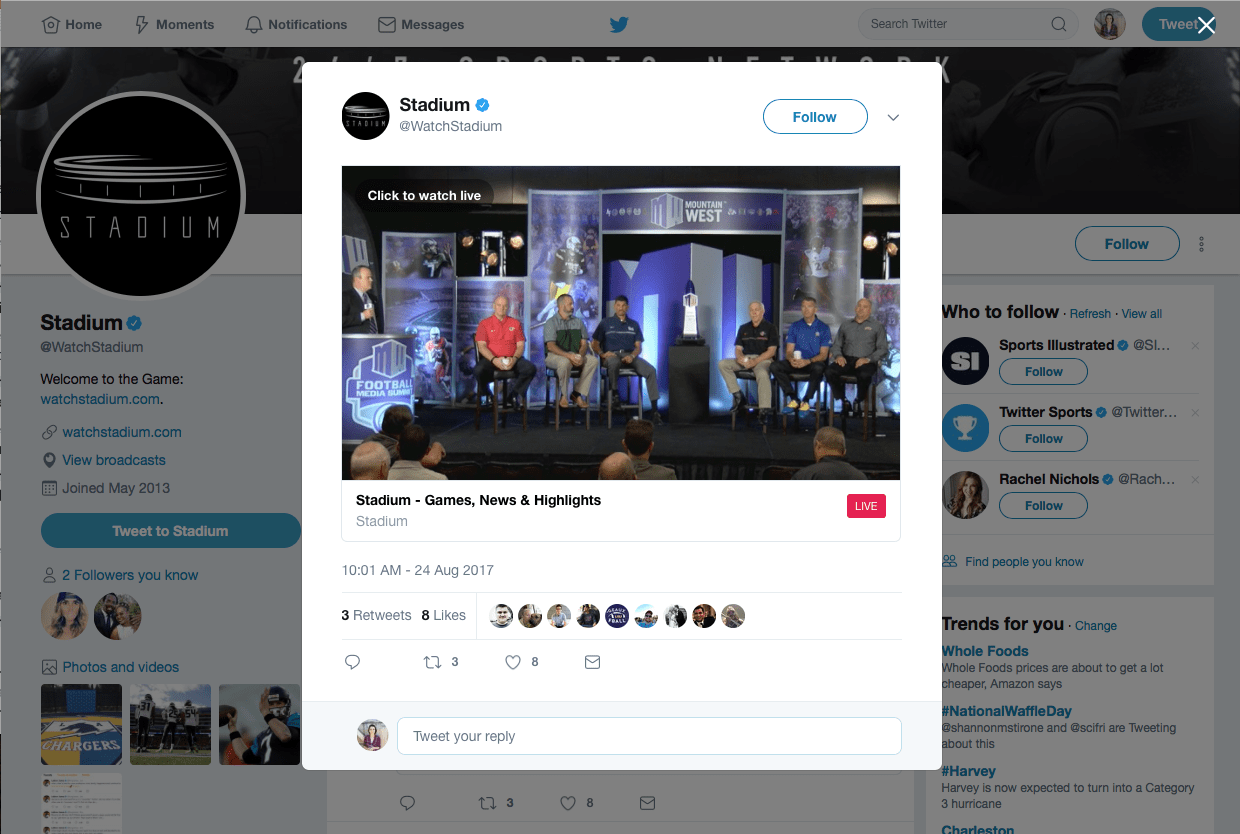 In May, Twitter announced that among a handful of sports-focused streams that would be coming to the site was a 24/7 livestream from Stadium. Starting today, that all-day sports content hits Twitter via Stadium's @WatchStadium account.

The stream will air live and on-demand games and events as well as classic games and original studio programming. Three studio shows -- Inside the League, Campus Insiders and The Rally -- are scheduled to air Monday through Friday. Along with Twitter, viewers will also be able to catch the stream through Stadium's website and Pluto TV.

Stadium, which just announced a deal with Facebook to livestream college football games through its Facebook page, is also reportedly working on a subscription service that would give viewers access to an additional 500 exclusive games and events, on demand videos and commercial-free, re-aired Stadium TV content. The service, Stadium Plus, will cost $5 per month. The company is also gearing up for its over-the-air sports network that's set to launch next month.

You can start watching Stadium's livestream through Twitter now, but it's only available to US users.

In this article: av, entertainment, facebook, Livestream, sports, stadium, twitter
All products recommended by Engadget are selected by our editorial team, independent of our parent company. Some of our stories include affiliate links. If you buy something through one of these links, we may earn an affiliate commission.