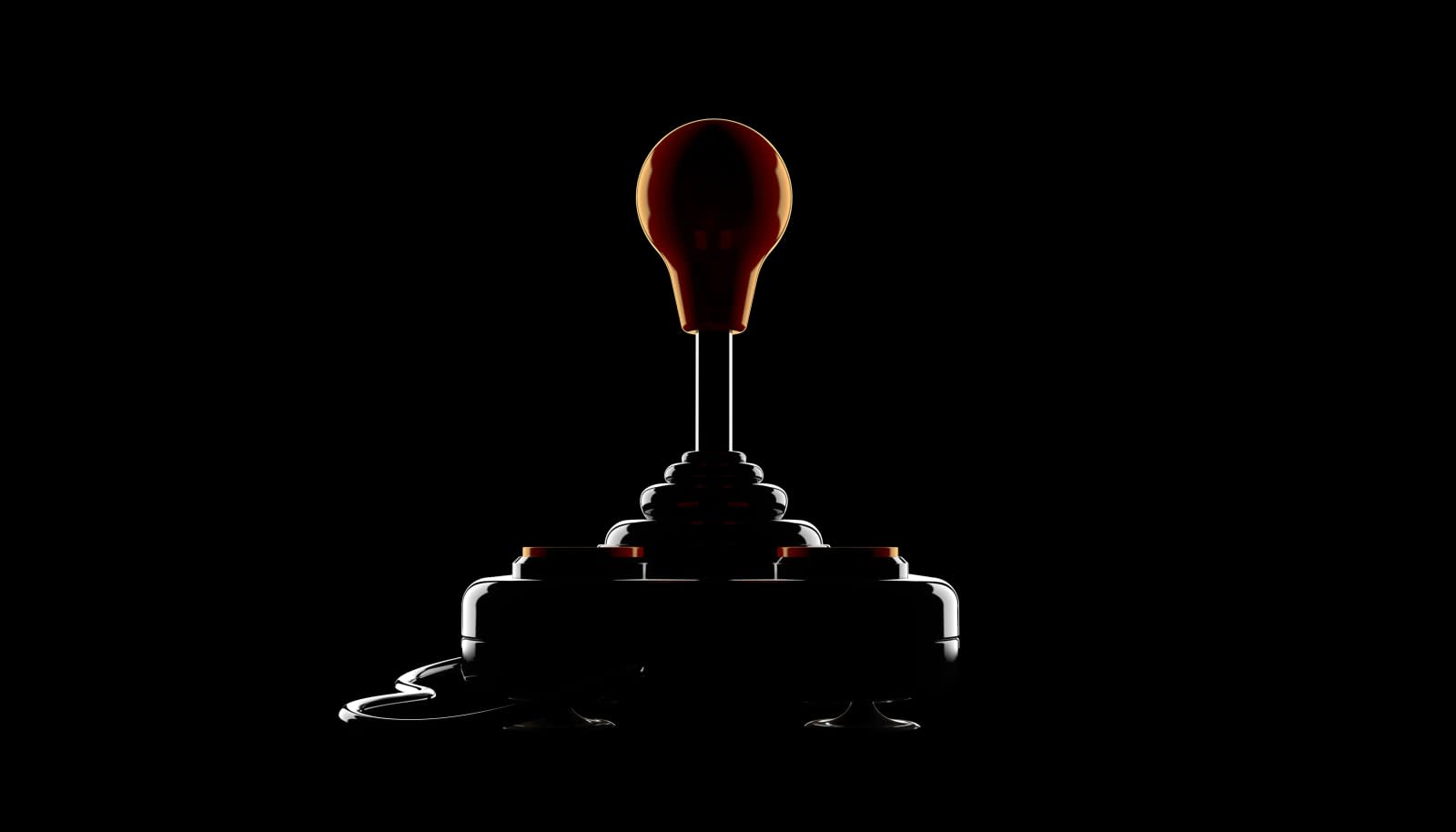 Video game records are broken. Can anyone fix them?

A tale of Twin Galaxies, 'Dragster,' 'Donkey Kong' and decades of frustration.

After a period of relative quiet, Twin Galaxies recently found itself thrust into the spotlight. The arbiter for video-game recordkeeping played an intrinsic role in disputing two long-standing achievements hosted on its forums: Todd Rogers' unbeatable Dragster time and Billy Mitchell's Donkey Kong high score. Both records have had their share of challenges over the decades, but before users on the TG forums raised their concerns the other week, nothing was done to officially dispute them.

In 1982, Rogers sent Dragster developer Activision a letter saying he'd finished a race in 5.51-seconds -- without proof -- and in return, he received a certificate saying he held the record.

For many, Mitchell is the "King of Kong" thanks to his appearance in a documentary by the same name. He has recorded higher scores since, but allegedly, Mitchell's 2010 best wasn't recorded on an actual Donkey Kong cabinet, but in MAME (Multiple Arcade Machine Emulator). (We reached out to Mitchell and Rogers for comment, but they haven't responded.)

According to Jace Hall, TG's head custodian of records, it was only a matter of time before these disputes happened.

"This [scrutiny] is absolutely something that has been much needed and is part of our controlled process of making sure that the public can control and can trust the data that's in our database," he said.

Hall bought TG in 2014, and since then his "administration" has been working to clear the company's reputation. During the organization's early days in the 1980s, founder Walter Day would go around arcades in his native Iowa recording high scores from arcade cabinets and organizing state-level tournaments. These were published in a few places, most notably The Guinness Book of World Records.

After Day retired in 2010, ownership changed hands a few times, and at one point, there was an entry fee for score submissions. There were reports of impropriety on TG's part (pay-offs, referees that weren't impartial), some of which fueled the Dragster controversy. Which brings us back to Hall and the present-day TG. 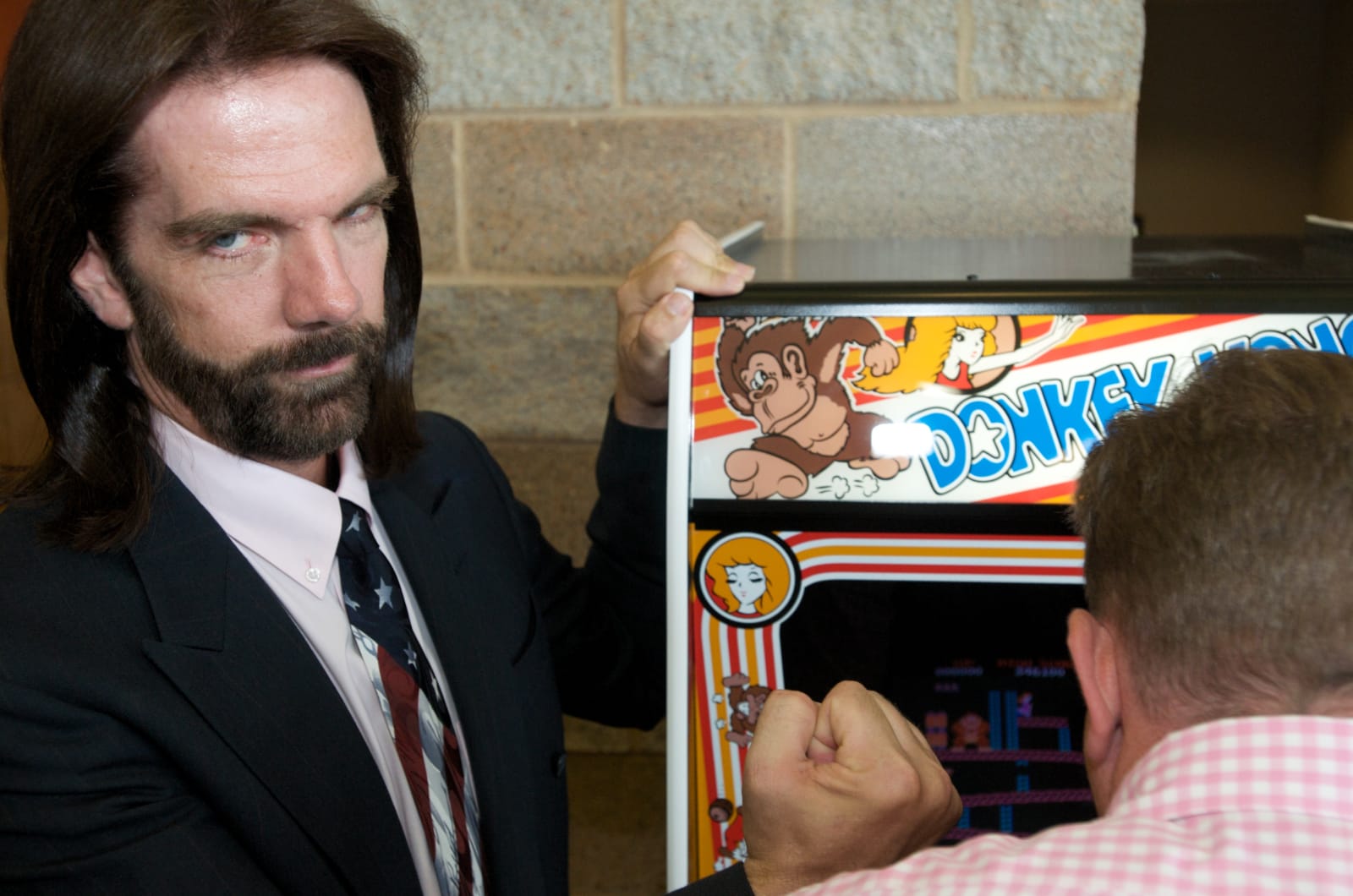 "This is a legitimate administrative effort for Twin Galaxies to avail itself to the gaming community," he said, referring to Rogers' and Mitchell's (above) disputed scores. "There has to be one sort of church that cares about the hyper-details of these things, that is constantly learning and growing its knowledge base," he said, "because cheating is a very, very real thing in video gaming."

After reopening TG's defunct website and leaderboards in 2014, Hall and co. went about designing a system that would meet the gaming community's standards and would combat forgery head-on. It's called the Twin Galaxies Submission and Adjudication Process (TGSAP), and it's pretty simple: When you create an account and make a claim of a score, you have to submit video evidence.

Adjudicators from the community look over your submission, and if enough people vote to accept your proof, it lands on TG's scoreboards along with the evidence. Should the video of your score ever disappear (say if YouTube or Twitch removes your clip) the score is immediately disqualified. To avoid those types of situations, soon all footage will need to be uploaded directly to TG.

Each time you vote for a score, your reputation is on the line. Every new account starts with 1,000 reputation points. Each score you weigh in on that successfully passes muster earns you another three points. And the more reputation points you have, the more weight your vote carries.

You can't start a dispute until you have 4,000 points in your account, either. Once a dispute is filed though, other verified members (TG has their name, address, phone number) can join in the vote. If you vote against a score being valid and a majority of adjudicators do not, you'll lose five percent of your total reputation points. The Dragster and Donkey Kong disputes, Hall said, are examples of the process he helped build working exactly as it should. "This machine is going to keep on going," he said. "Over time there will be nothing in the database that's not legit."

On the back-end, TG has ways of tracking user behavior and how a person has built their reputation. Admins know every vote someone has made and can even track things like collusion between members. "It's a very tough system to beat," he noted. "No one's beat it yet."

If there's a historic score that doesn't have any evidence to go along with it, and hasn't been disputed, Hall said those are probably safe and accurate. It's just that there was "a lot of consternation" building up for a few decades over Mitchell's and Rogers' scores.

Under this system, the contested Donkey Kong and Dragster submissions would've been scrutinized and, most likely, thrown out before making the public leaderboards.

Once Rogers' was disputed in January (the process began last August), his scores were stripped, and he was banned from TG's forums, people started trusting that Hall and co. were doing things the right way, which made people comfortable coming forward to challenge Mitchell's scores. "The Billy [Mitchell] stuff is a sign that TG is operating in a fair and balanced way because prior to it, they never brought it up," Hall said. Now things are different.

Until the verdict came out, people didn't believe that the admins were actually going to do something, given the site's reputation. How long the adjudicators took to come to their decision was a point of contention, too.

But the dispute process must remain public and transparent for it to build trust from the community; anonymous accusations have no place under his leadership. "Sending me a private message means nothing," Hall said. "TG is not doing anything and will not do anything behind the curtains in any sort of way."

Under this system, the contested Donkey Kong and Dragster submissions would've been scrutinized and, most likely, thrown out before making the public leaderboards. Sure, Rogers could post his score today, but the community wouldn't accept it. For starters, TG staff doesn't weigh in on the validity of what's submitted — that's up to verified adjudicators. Furthermore, every modern submission needs a video of some sort to pass muster. 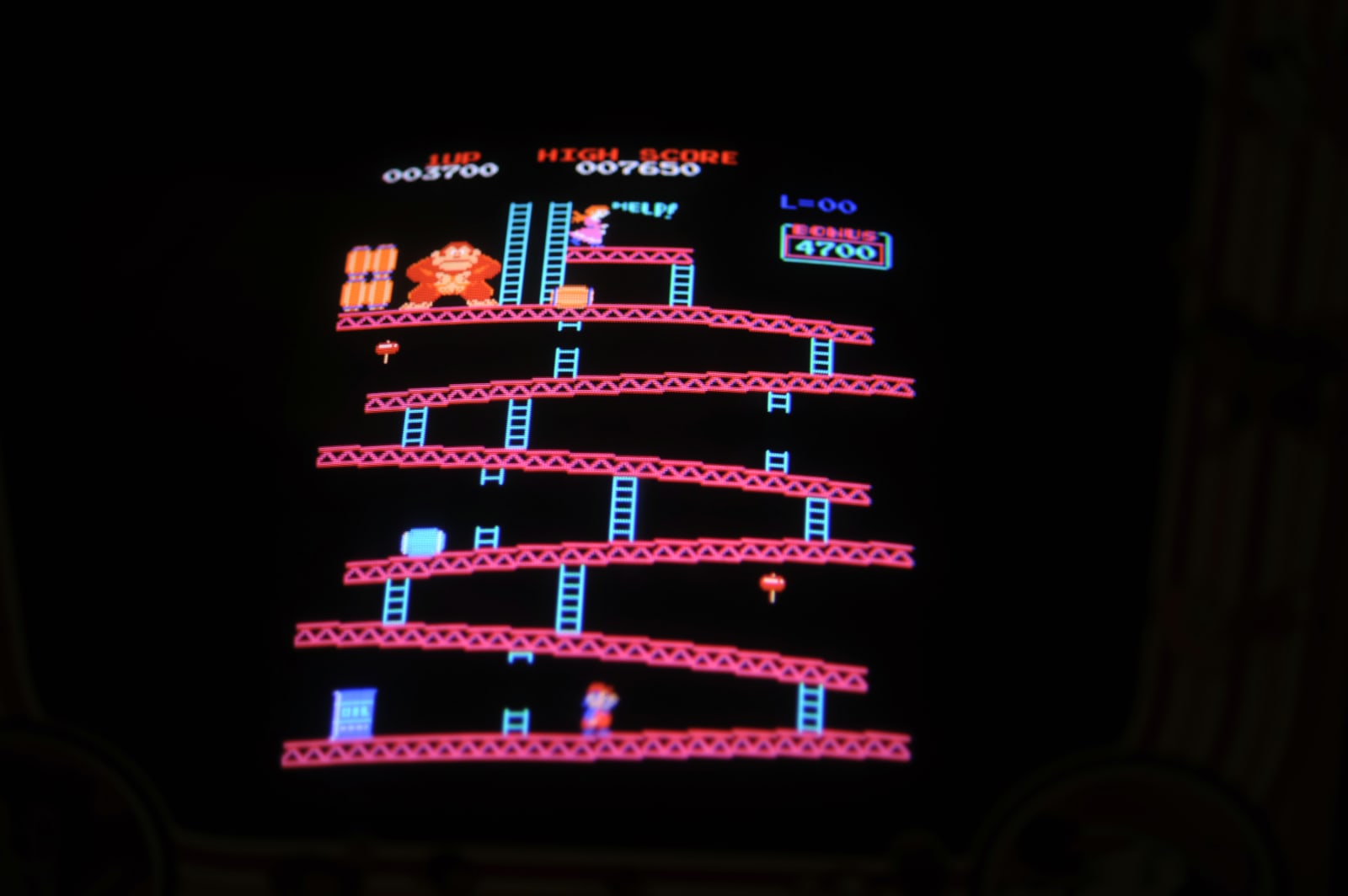 "This system has created so much trust that it's also put pressure on the previous systems of referees and verifications," Hall said.

The kinks should eventually work themselves out, and keep the system functioning as designed. Raising a dispute takes a "serious time investment" and the way the system is designed, it guards against angry internet mobs disputing any score they see fit. Keeping an accurate, trustworthy database is necessary for TG's next step: Creating a one-stop record-keeping shop for pro gamers and hobbyists alike. Think of it like the Elias Sports Bureau, but for video game stats and records instead of baseball.

Scrutinizing scores is an increasingly complicated task. There's no training manual for picking apart a video submission; examiners have to rely on their knowledge of the game and associated hardware to make an educated guess. It's like watching the Olympics on a TV screen and trying to decide if any of the athletes used drugs.

Inevitably, then, mistakes will be made. Records will be handed out incorrectly. TG is doing its best to minimize those risks, though, and provide a community where memory and dexterity alone are rewarded. "It's never going to get easier," Hall sighed. Still, he'll keep trying.