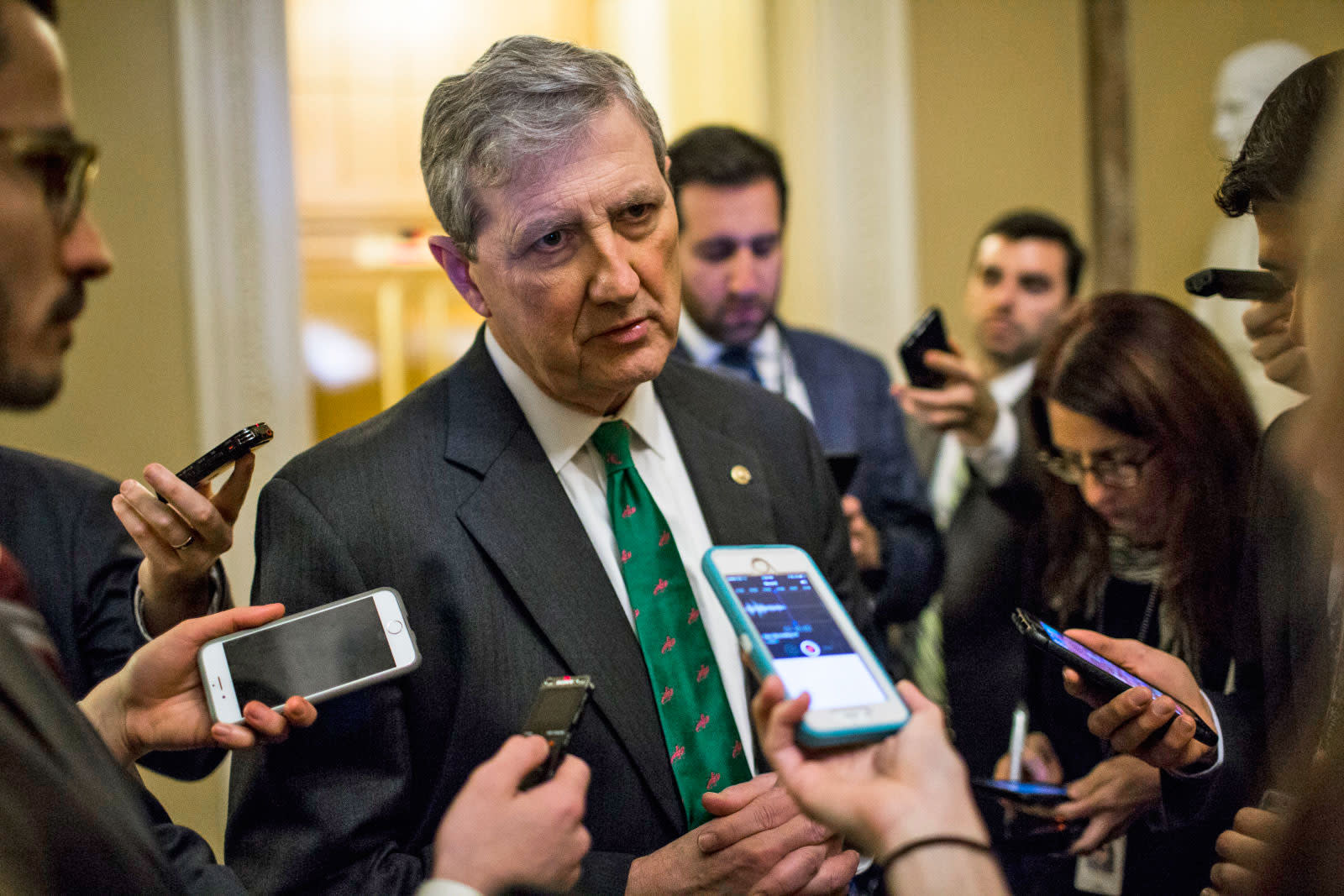 Now that the House of Representatives has floated a superficial net neutrality bill, it's the Senate's turn. Louisiana Senator John Kennedy has introduced a companion version of the Open Internet Preservation Act that effectively replicates the House measure put forward by Tennessee Representative Marsha Blackburn. As before, it supports net neutrality only on a basic level -- and there are provisions that would make it difficult to combat other abuses.

The legislation would technically forbid internet providers from blocking and throttling content, but it wouldn't bar paid prioritization. Theoretically, ISPs could create de facto "slow lanes" for competing services by offering mediocre speeds unless they pay for faster connections. The bill would also curb the FCC's ability to deal with other violations, and would prevent states from passing their own net neutrality laws. In short, the bill is much more about limiting regulation than protecting open access and competition.

Kennedy's bill isn't expected to go far in the Senate, just as Blackburn's hasn't done much in the House. However, his proposal comes mere days after senators put forward a Congressional Review Act that would undo the FCC's decision to kill net neutrality. Kennedy had claimed he was considering support for the CRA, but his proposal contradicts that -- why push a heavily watered-down bill if you were willing to revert to the stronger legislation? It's not a completely surprising move and is largely symbolic, but it's disappointing for those who hoped there would be truly bipartisan support for a return to net neutrality.

In this article: corruption, gear, government, internet, johnkennedy, law, legislation, netneutrality, openinternetpreservationact, politics, regulatorycapture, senate
All products recommended by Engadget are selected by our editorial team, independent of our parent company. Some of our stories include affiliate links. If you buy something through one of these links, we may earn an affiliate commission.