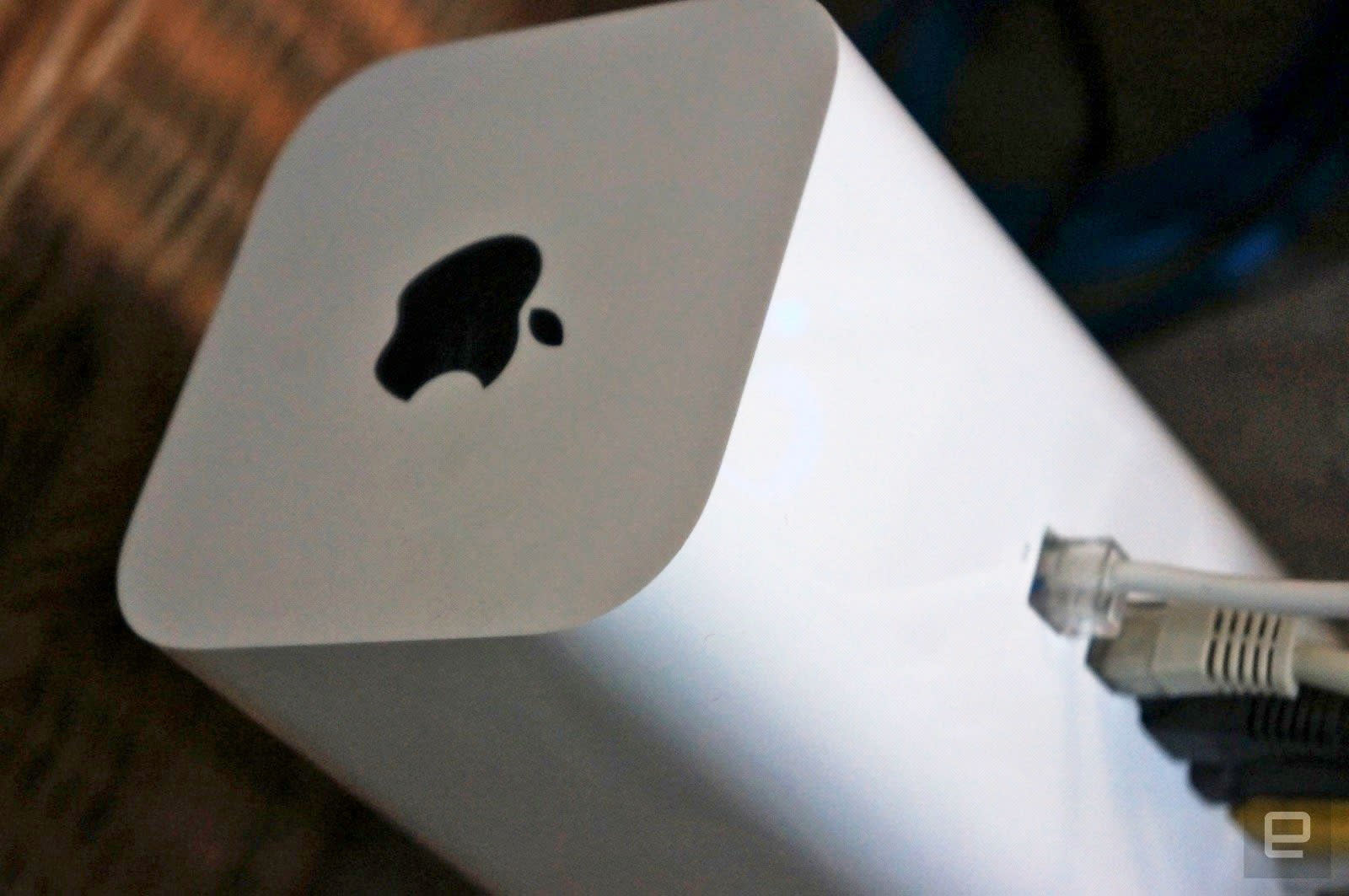 The longstanding rumors of Apple exiting the WiFi router market were true: the company is officially discontinuing its AirPort and Time Capsule base stations. An Apple spokesperson told Engadget that the company would continue to provide hardware and software support (such as patching bugs and vulnerabilities), but the devices themselves will only be available "while supplies last." The tech giant will post a series of knowledge base documents over the next few weeks to help guide customers wondering what to buy.

While Apple wasn't specific about the reasons for discontinuing the AirPort range, it's not hard to understand why: simply speaking, WiFi has become a commodity. Apple introduced its AirPort line in 1999, when any wireless networking was a luxury. Flash forward nearly two decades later and it's a different story. WiFi routers are so commonplace that many internet providers give you a modem with the technology built in, and even the lowest-priced routers are adequate for most uses. High-end users, meanwhile, have an abundance of choices that includes both ridiculously fast conventional routers as well as mesh routers with greater coverage. Why buy an AirPort router unless you really value its software simplicity?

This isn't to say that Apple will never, ever return to making routers. A spokesperson told Engadget that the company might revisit WiFi routers if it can make a meaningful contribution to the space, but that's far from guaranteed. You don't need an Apple router for media sharing, especially not in the era of connected speakers like the HomePod.

The decision is bittersweet for fans, regardless of what Apple does next. Its routers aren't as vital as they used to be, and they haven't been price-competitive for a while (the same $199 can easily buy a modem-and-router combo with faster wireless). At the same time, it's sad to see Apple bow out of a market it helped create. Many users bought AirPorts precisely for their tight integration with the Apple ecosystem (including a design that doesn't look like an alien spaceship), and that option is going away.

In this article: airport, airportexpress, airportextreme, apple, gadgetry, gadgets, gear, internet, networking, obsolete, router, thebuyersguide, timecapsule, wi-fi, wifi
All products recommended by Engadget are selected by our editorial team, independent of our parent company. Some of our stories include affiliate links. If you buy something through one of these links, we may earn an affiliate commission.