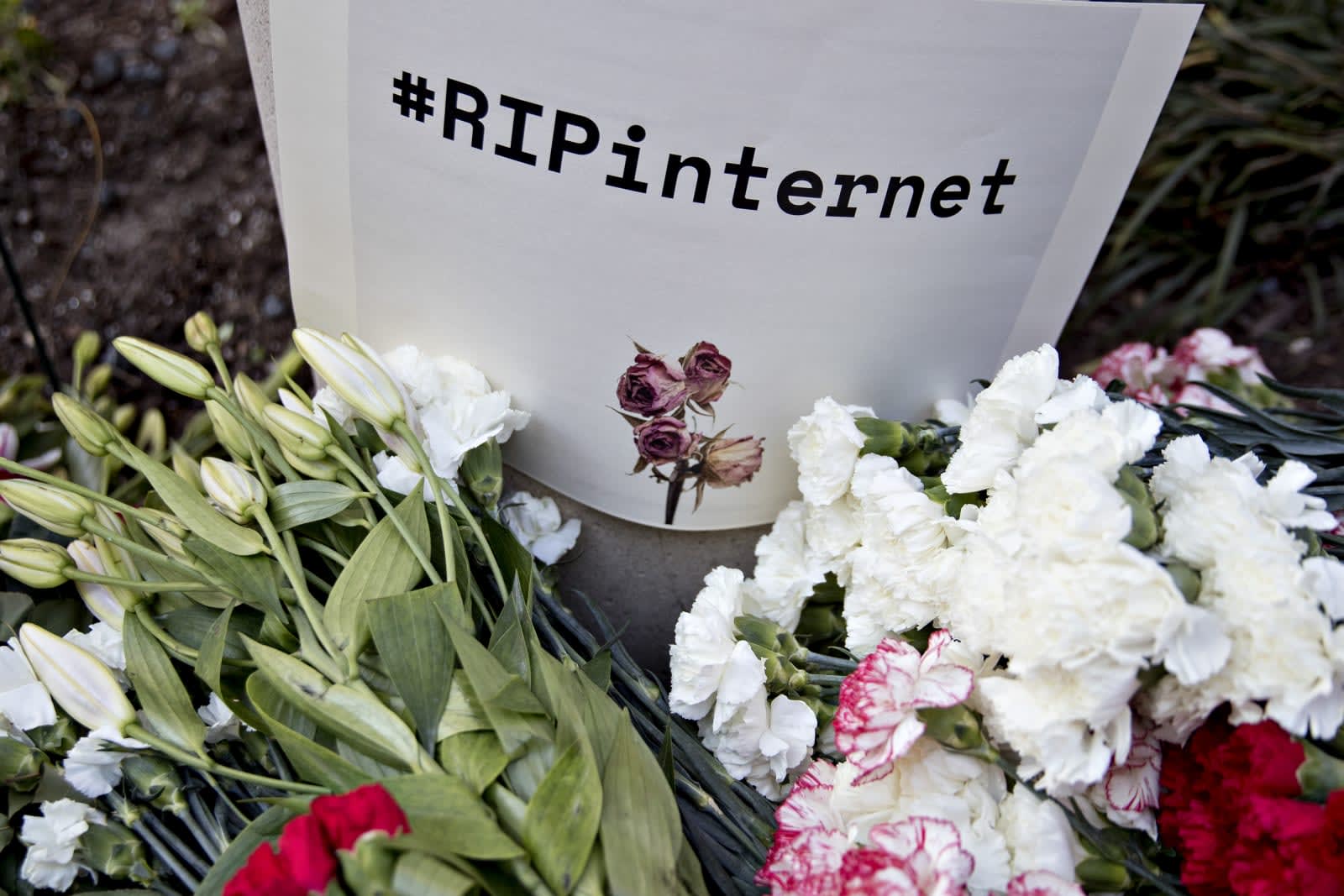 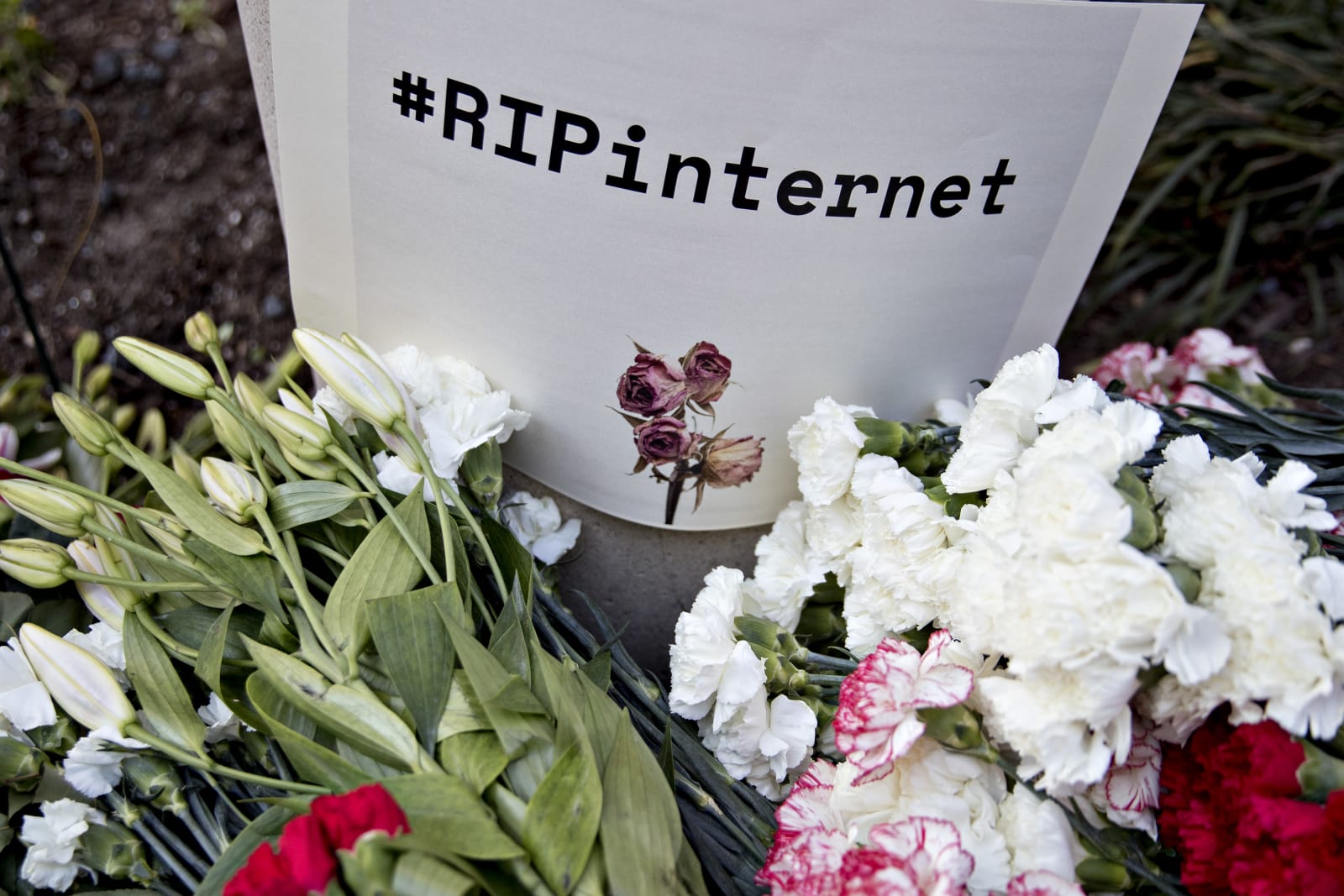 The Senate voted today on whether to reject the FCC decision to remove net neutrality protections -- and though it was unclear for some time whether the Democrats would gain enough Republican support to pass the measure, they did. Along with the 49 Senate Democrats, three Republican Senators -- Susan Collins (ME), John Kennedy (LA) and Lisa Murkowski (AK) -- voted to repeal the changes put into place by the FCC in December, resulting in a 52-47 tally. The new regulations are currently scheduled to go into effect June 11th. However, while this battle may have been won by those in support of net neutrality, there's still a long, hard road ahead, and the Senate measure isn't likely to survive.

Going forward, a similar vote will have to pass in the House of Representatives. And though BattleForTheNet.com says the measure is currently backed by 161 Representatives, that's far from the 218 needed for it to pass. It's unlikely Democrats will be able to rally the kind of support they need in the House -- but even if they did, Donald Trump would still have to approve the measure. If such a resolution did make it through the House and ended up in front of the president, he's expected to overturn it with a veto. So while today feels like a win for net neutrality, it's probably the end of the road for this particular challenge to the FCC decision.

"It's disappointing that Senate Democrats forced this resolution through by a narrow margin," FCC Chairman Ajit Pai said in a statement today. "But ultimately, I'm confident that their effort to reinstate heavy-handed government regulation of the internet will fail." 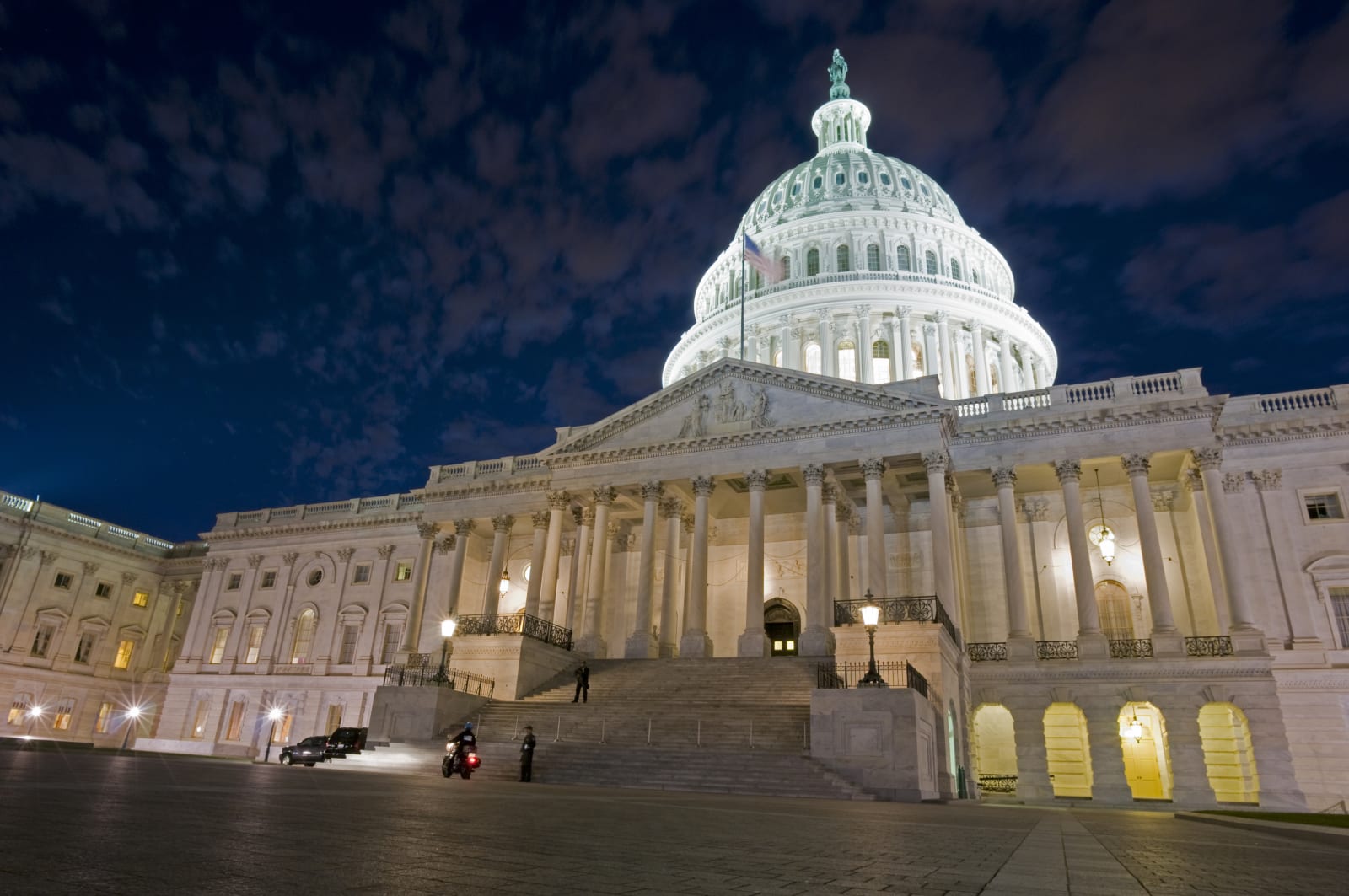 There are some other ongoing attempts to override the decision. A number of states including Montana, New York, New Jersey, Vermont, Hawaii and Oregon have implemented new rules requiring ISPs that provide service to state agencies to uphold net neutrality -- that means no blocking, throttling or paid prioritization. If providers do partake in those practices, they risk losing their government contracts. Dozens of states are also considering legislation that would reinstate net neutrality protections to some degree; in March, Washington passed a law protecting net neutrality in the state. "A person engaged in the provision of broadband internet access service in Washington state... may not: Block lawful content, applications, services or nonharmful devices, subject to network management; impair or degrade lawful internet traffic; engage in paid prioritization," said the bill.

However, the FCC's decision says that states can't override its ruling, so it's unclear how long Washington's legislation will last before being challenged in court. USTelecom, a lobbying group that represents companies like AT&T and Verizon, said earlier this year that it would "aggressively challenge state or municipal attempts" to skirt the FCC decision. However, while many agree that banning state agencies from using ISPs that don't uphold net neutrality is a move that could withstand legal challenges, there's disagreement whether Washington's law and others like it would survive. Some have argued that the FCC doesn't actually have the authority to preempt state laws in this case.

Also joining the fight are 22 states' and Washington DC's attorneys general who have filed a lawsuit challenging the FCC order calling it "arbitrary, capricious and an abuse of discretion within the meaning of the Administrative Procedure Act." Eleven other entities, including tech companies, rights groups and county governments, also filed lawsuits against the FCC, all of which were combined with that of the attorneys general in March. On the other side, three trade groups that represent nearly all major ISPs in the US signed on to back the FCC in the case. 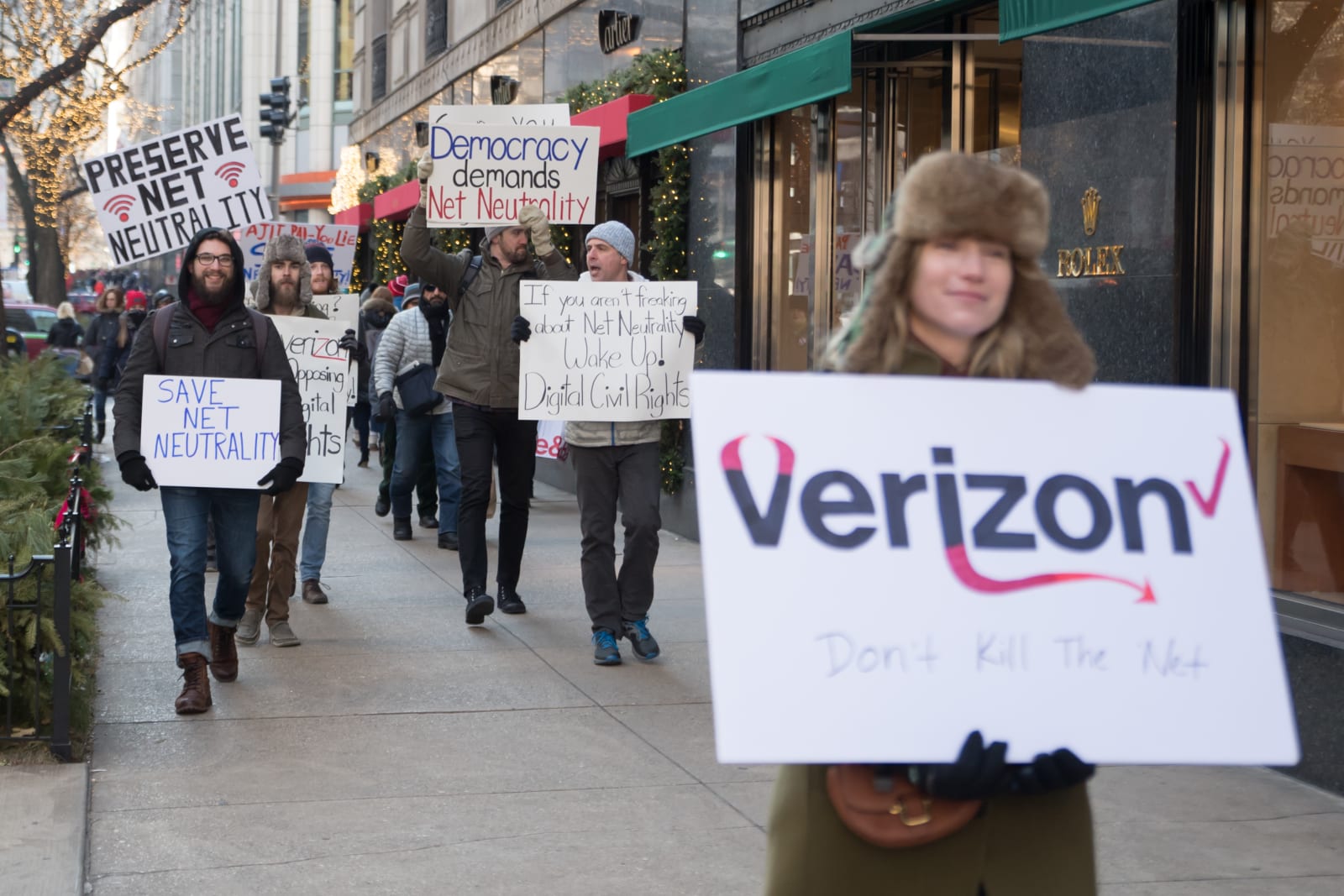 There are also two bills in both the Senate and the House that are masquerading as net neutrality protections, but neither do much more than what the FCC's ruling put into place. Much of the FCC's changes would remain -- including Title I classification and paid prioritization -- though the bills would ban blocking and throttling. Neither are expected to gain much traction.

Whether the House measure does or doesn't pass, the attempt alone will likely become a major talking point for Congressional Democrats as we gear up for midterm elections -- those who continued to support net neutrality are sure to point that out as election battles heat up. And lines are already being drawn in the sand. "Soon, the American people will know which side their member of Congress is on -- fighting for big corporations and ISPs or defending small business owners, entrepreneurs, middle-class families and everyday consumers," Senator Chuck Schumer (D-NY) said in a statement last month. 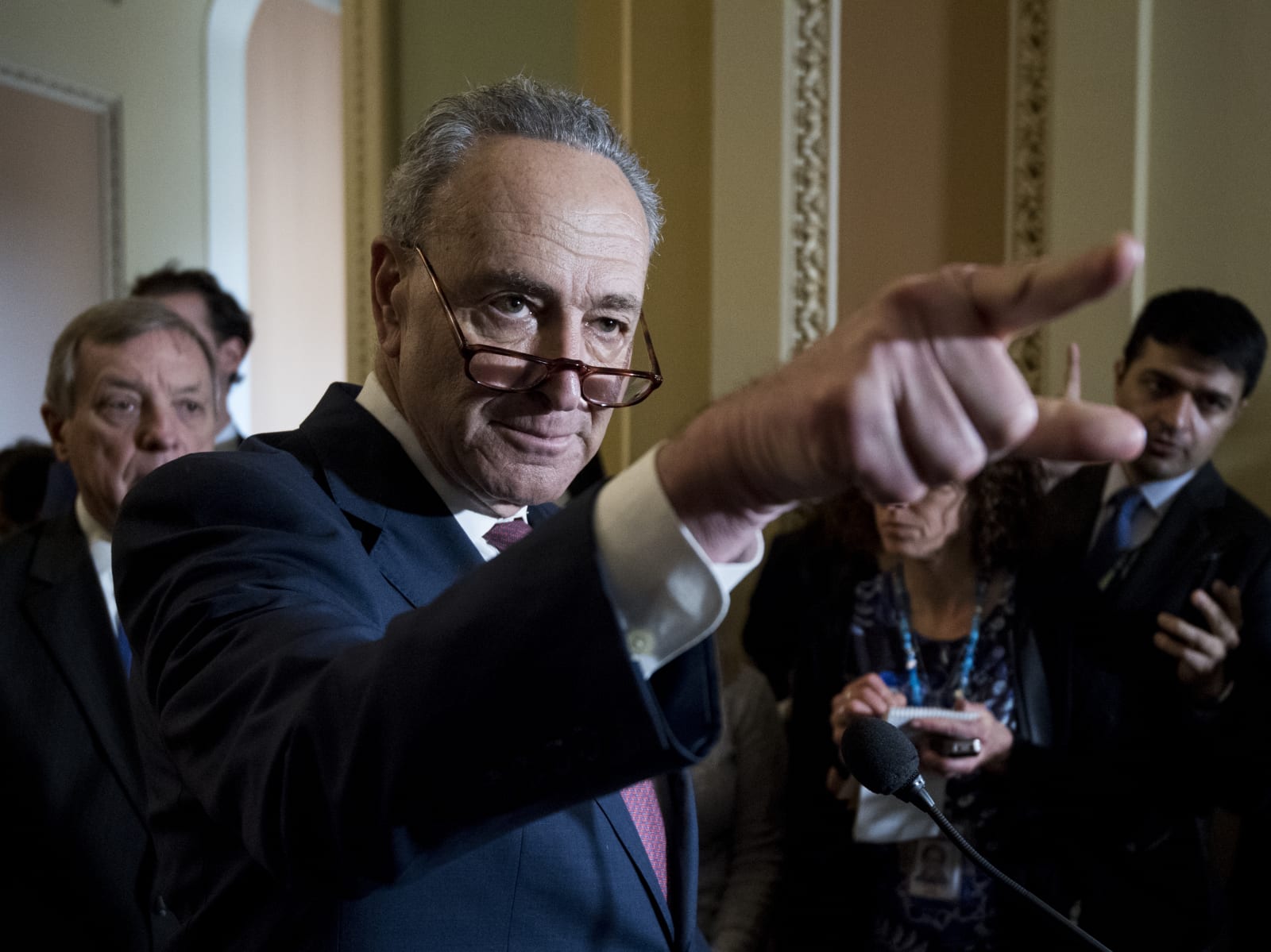 Net neutrality has a long, difficult road ahead and it certainly faces an uphill battle in the House. But some remain optimistic that enough public support could urge leaders to vote in its favor. Representative Mike Doyle, a co-sponsor of the House effort, said last month, "I think grassroots pressure on Congress to support this bill will continue to grow until the public gets what it wants -- an end to special interest efforts to kill net neutrality."

If you're interested in letting your representatives know how you feel about net neutrality, you can see which leaders are currently in support of or against Congressional efforts to overturn the FCC decision here. The website will also connect you to those representatives' Twitter accounts and offices.

In this article: battleforthenet.com, ChuckSchumer, DonaldTrump, FCC, gear, HouseOfRepresentatives, internet, JohnMccain, mikedoyle, NetNeutrality, politics, senate, SusanCollins
All products recommended by Engadget are selected by our editorial team, independent of our parent company. Some of our stories include affiliate links. If you buy something through one of these links, we may earn an affiliate commission.