To say Tesla has been busy lately is a bit of an understatement. It finally opened orders for its long-awaited $35,000 Standard Range Model 3, it reversed a decision to shutter some of its showrooms, and it showed off its V3 Supercharging. So why not keep the news coming with the unveil its next car... err SUV, the Model Y

With an estimated 300 mile range and current starting price of $42,700 (a 230 mile, $39,000 Standard will begin production in 2021), the Model Y buts up against offerings from Kia and Hyundai. But once you start stacking features into the vehicle, it starts bleeding into the range of Audi's E-Tron and Jaguar's I-Pace.

One thing it won't have are those Falcon doors found on the Model X. They've been both polarizing to potential customers and created a headache for the company during manufacturing. ?

Musk announced that pre-orders for the vehicle are open right now. The CEO also said that the Model Y should be coming off production lines in 2019. Tesla has had difficulty in the past delivering its EVs within its own announced timelines. So, it's a good idea to remember that if you happen to be one of the folks plunking down deposits for the first Model Y crossovers, it might be late showing up in your garage. 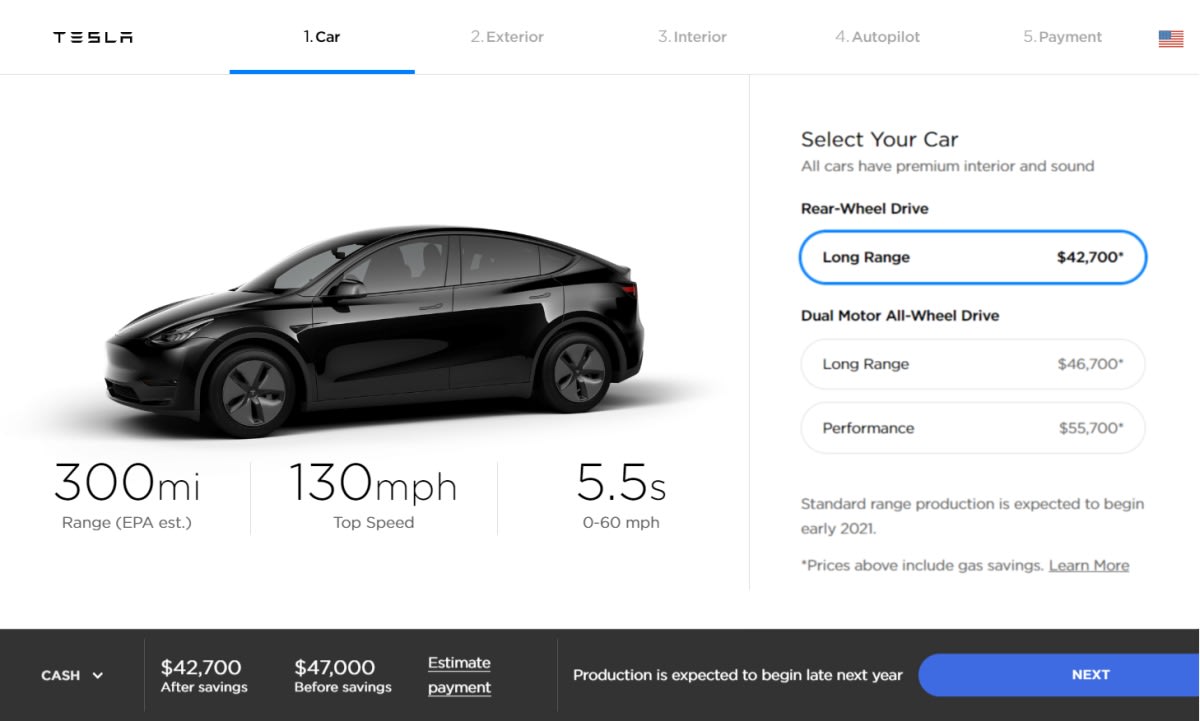 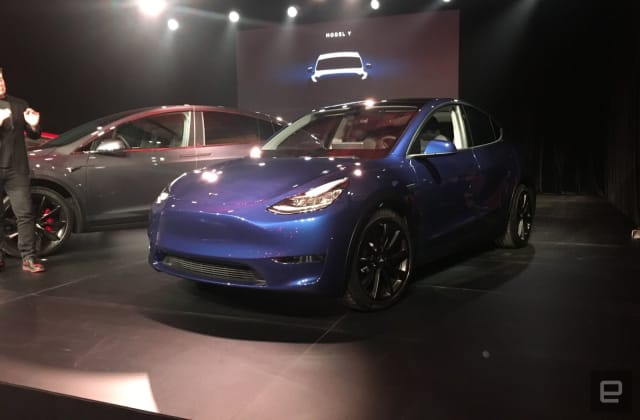 While the Model 3 has largely been a sales success for the company, it's also a sedan and that segment hasn't been doing particularly well over the past few years with consumers opting for SUVs at an increasing rate. The Model Y gives Tesla the opportunity to tap into that growing market. Sure the Model X is an SUV, but its high price put it out of the reach of regular folks looking for an electric crossover. There's also those doors.

With the Model Y, Tesla has finally unveiled the last vehicle in its "S3XY" roadmap. Get it; Model S, Model 3, Model X and Model Y? Yeah.