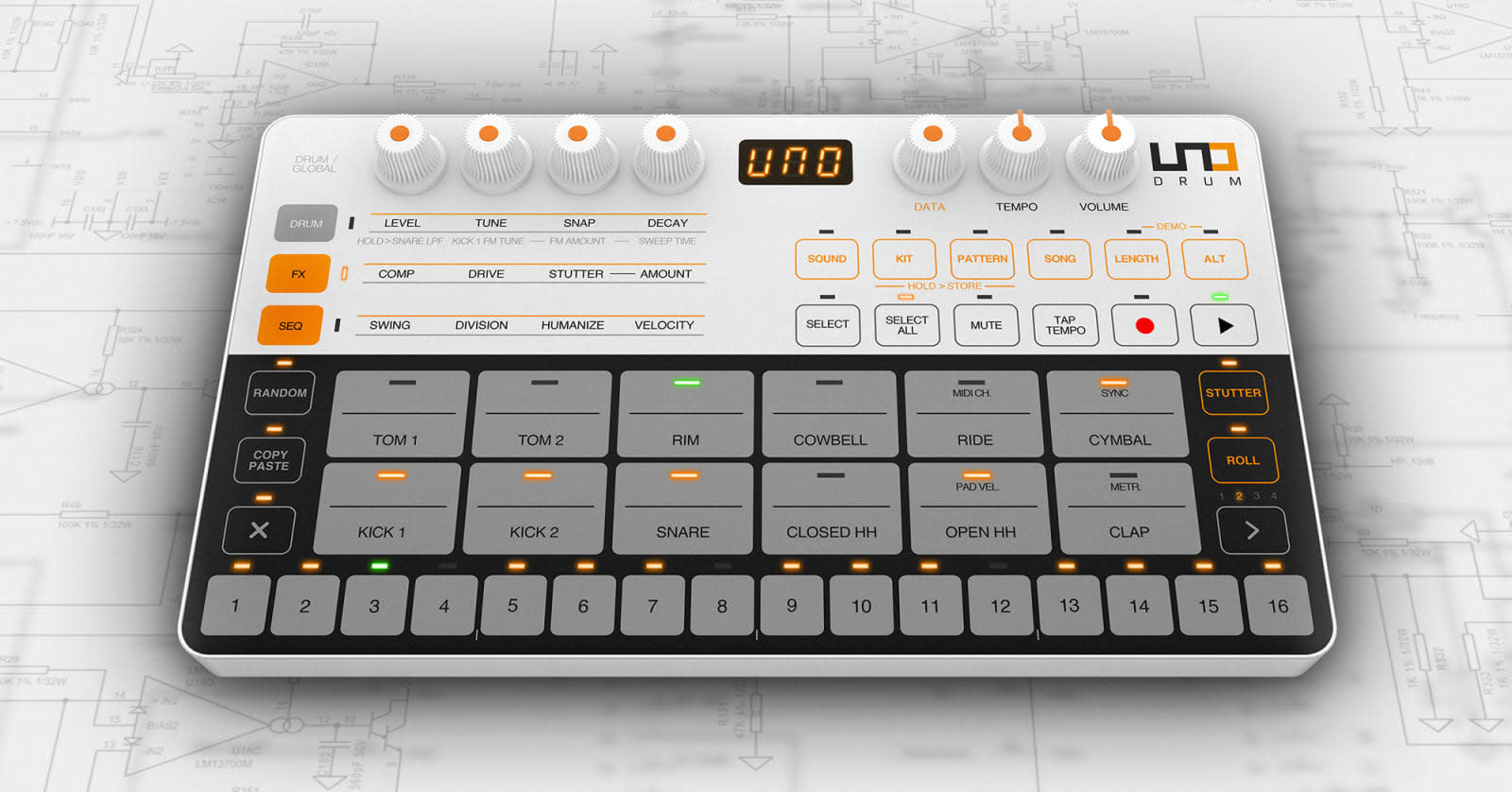 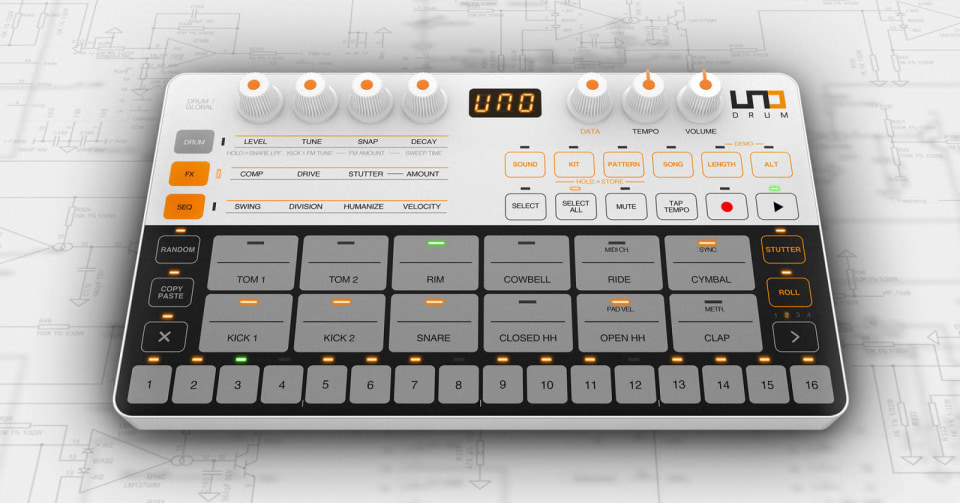 IK Multimedia surprised many last year expanding beyond its normal niche of portable MIDI controllers and iPhone recording interfaces by launching an actual synthesizer. And, not only that, it turned out to be quite a capable competitor to the Volca's of the world. Now the company is expanding its line of standalone instruments with the Uno Drum.

Just like last year's Uno synth the Drum is portable and battery powered. It's also weirdly flat. Most of the controls are capacitive switches covered with a decidedly '80s membrane. But behind the unique (if somewhat questionable) design, are some really powerful music making tools.

For one, you can have 12 different percussive elements in a kit with 11 note polyphony. So no, you can't have all 12 pads fire at once, but you can get pretty close to it. Those instruments can be pulled from a bank of 60 options which includes not only 54 PCM samples, but six actual analog drum sounds. There are 100 "kits" built in that combine those in various ways, but you can easily edit those kits to create your own mashups of digital and analog elements (or just go all digital if you want).

You can also change many of the parameters for each of the sounds to get extra deep kicks, super snappy snares or toms that seem to rumble on forever. Plus there are built in analog drive and compression effects for beefing up the sounds even further.

Of course having great sounds is only half the battle. Being able to play and program your beats in interesting ways is the other. The pads here aren't truly velocity sensitive (they only have have two velocity zones), but the "humanize" function can add slight variations to velocity and timing to keep things from getting too robotic once you've punched in your pattern. And the 64 step sequencer ensures you wont get stuck in a one bar loop. (Though, it's still pretty easy to get stuck in a four bar loop if you decide not to take advantage of the pattern chaining function.) There's also a number of performance focused tools, like "stutter" that let you spice things up live.

It's really a pretty solid list of features for only $250. Of course, we can't say for sure if you should drop your hard earned cash on one without playing with it. But it shouldn't be long before they start making their way into people's hands. The Uno Drum is available for pre order now and is expected to ship in June.

Update 5/8/2019 11:00AM ET: This story originally stated that the buttons on the Uno Drum are membrane switches. It has been updated to correctly reflect that they are capacitive.

In this article: art, av, diy, do it yourself, doityourself, drum machine, gadgetry, gadgets, gear, ik multimedia, instrument, music, musical instrument, superbooth 2019, synth, uno, uno drum
All products recommended by Engadget are selected by our editorial team, independent of our parent company. Some of our stories include affiliate links. If you buy something through one of these links, we may earn an affiliate commission.