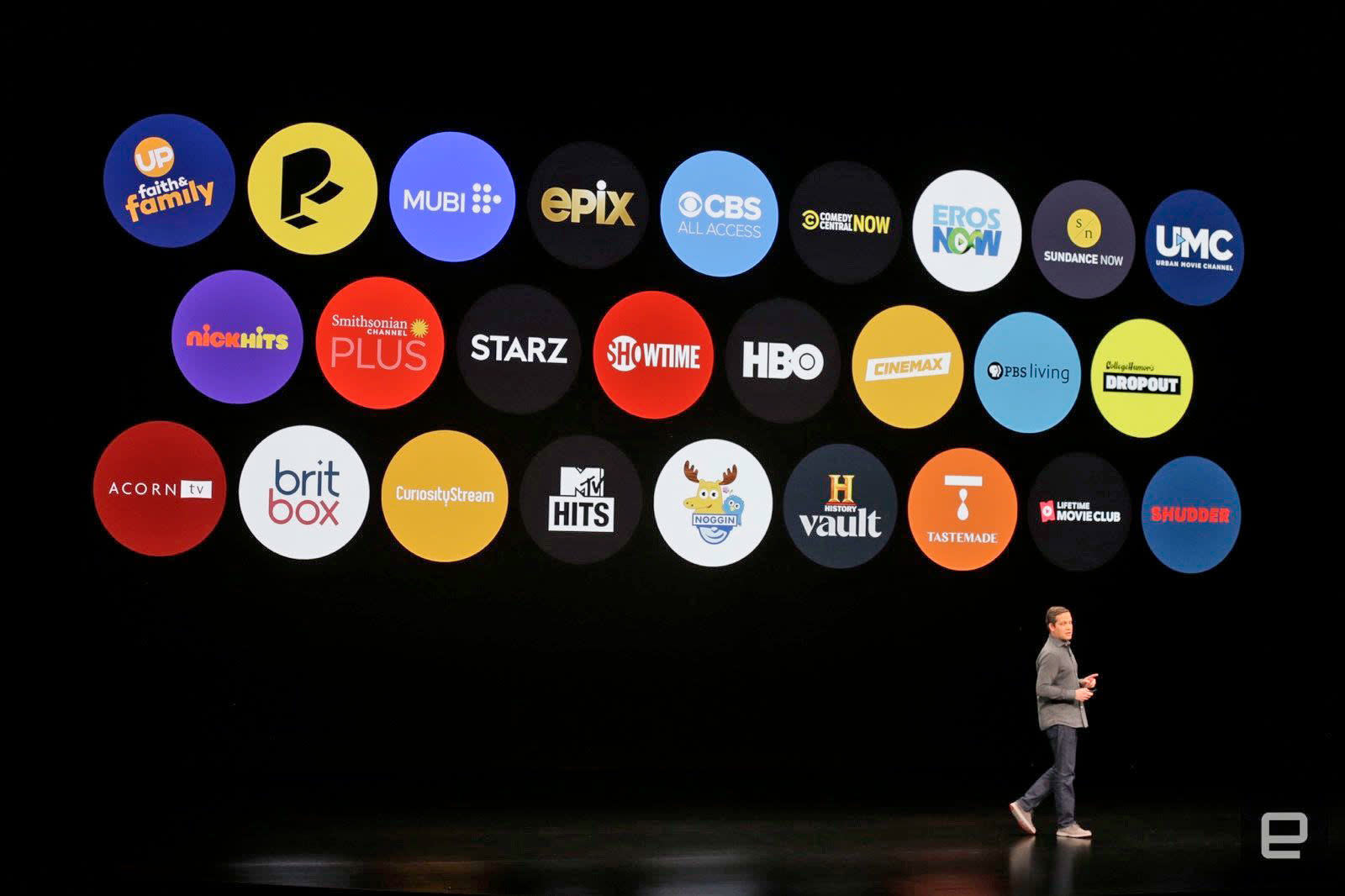 Just seven weeks after rolling out iOS 12.2, Apple has released iOS 12.3. The biggest update this time around is a major refresh of the TV app ahead of the Apple TV+ streaming service debuting later this year. Through the new-look app, you can subscribe to various TV networks through Apple TV Channels and watch their shows all in one place.

If you'd like to watch Game of Thrones or Billions, for instance, you can subscribe to HBO or Showtime within the TV app, and you can watch the shows there instead of in the respective services' apps. Other Channels options in the US include CBS All Access, Starz, EPIX, Smithsonian, Nickelodeon, Mubi, Shudder and Comedy Central Now. You can share channel subscriptions with up to six family members

You can also download shows and movies from your subscriptions to view offline. For now, that means the app is the only option for HBO subscribers to legally download the likes of Game of Thrones for offline viewing.

The refreshed app has sections for shows, movies, sports and kids, while the bottom bar provides Watch Now, library (where you can find your purchases) and search options. It also suggests things to watch based on your viewing history and preferences. You'll also see the updated app on Apple TV with today's release of tvOS 12.3.

Elsewhere, iOS 12.3 and macOS 10.14.5 expand AirPlay 2 support so you can share videos, photos and more with a range of Samsung smart TVs. The Apple TV app is also now available on recent Samsung models. Various LG, Samsung, Sony and Vizio models will get AirPlay 2 support later this year. Siri Suggestions for movies and shows also now offer an AirPlay option. AirPlay 2 support on smart TVs could lead people to subscribe to Apple TV+ when it arrives, as they might not need an Apple TV to watch original shows from the service on their big screens.

Looking ahead, with the Worldwide Developers Conference just a few weeks away, we're likely to find out the first official details about iOS 13 in the very near future.

In this article: airplay, airplay 2, airplay2, apple, apple tv channels, appletvchannels, cbs all access, cbsallaccess, comedy central now, comedycentralnow, epix, gear, hbo, ios, ios 12, ios 12.3, ios12, ios12.3, mobile, mubi, nickelodeon, showtime, shudder, smart tv, smarttv, smithsonian, starz
All products recommended by Engadget are selected by our editorial team, independent of our parent company. Some of our stories include affiliate links. If you buy something through one of these links, we may earn an affiliate commission.