The cabless T-Pod can remotely operated if needed.

Swedish AV startup Einride has begun testing its all-electric delivery truck on a public road in Sweden. As a part of a year-long trial, the Einride T-Pod truck began the first of what will be many daily freight deliveries this week in the city of Jönköping. The 26-ton truck, which we took for a test spin during MWC, is operated completely remotely via a 5G network -- the vehicle doesn't even have a driver cabin for a backup driver.

Several times a day, the T-Pod truck will travel a distance of 300 meters (or less than a quarter of a mile) from a warehouse to a freight terminal building. Einride says the test, due to conclude at the end of 2020, is the first time an autonomous truck with no backup driver has been allowed on a public road. While the T-Pod is capable of speeds of 53 miles per hour, the Swedish Transport Agency will only allow it to drive at a speed of three miles per hour during the test. 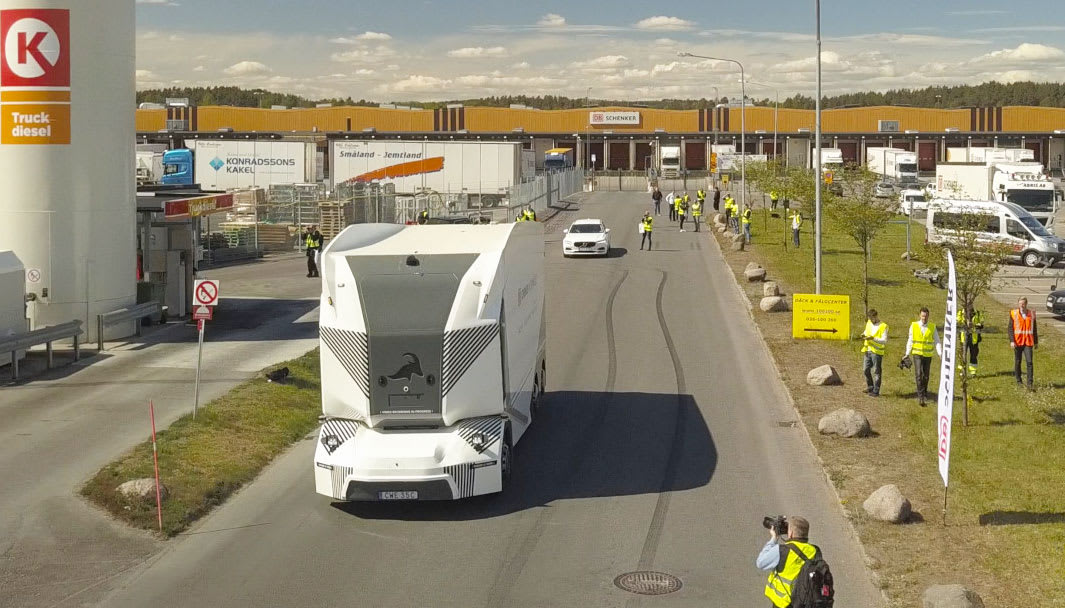 Einride CEO Robert Falck thinks the public road permit is the first step to getting major freight companies on board with the autonomous vehicle technology. Falck hopes to apply for more public road permits, with the possibility of expanding in the US next year.

All products recommended by Engadget are selected by our editorial team, independent of our parent company. Some of our stories include affiliate links. If you buy something through one of these links, we may earn an affiliate commission. All prices are correct at the time of publishing.
View All Comments
Einride's autonomous truck begins daily delivery test in Sweden
autonomous truck
autonomous vehicles
av
einride
gear
internet
robert falck
sweden
tomorrow
tpod
transportation