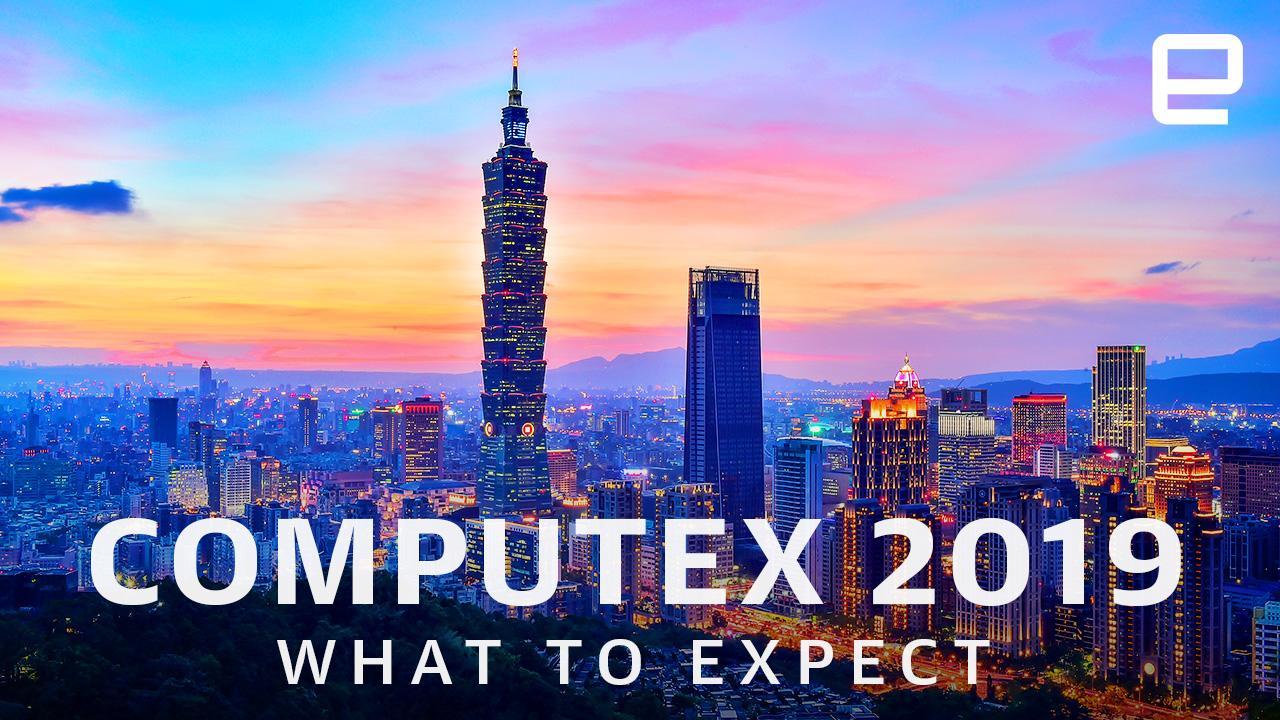 Computex offers us a chance to check in on the health of the PC market in an era when it was expected to wither on the vine. At last year's show, the PC industry, either through desperation or a newfound confidence, started to innovate once more. We saw designs with multiple screens, attempts to kill off the keyboard and better ideas around portability. It may have taken far longer than expected, but PC makers have realized they can't simply expect people to buy their products just because.

So this what we're expecting, and in some cases hoping, to see this year at Computex when we hit the ground in Taiwan next week. 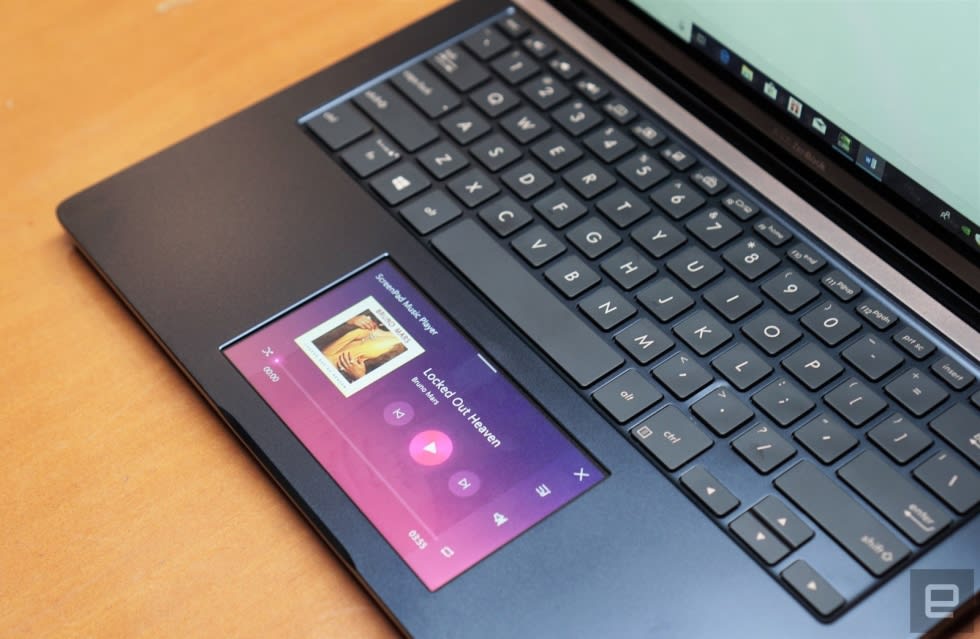 Last year, ASUS showed off Project Precog, a concept laptop that was two touchscreen PCs laid out in a clamshell. Rather than a keyboard occupying so much space, the idea is that users can simply use one of the halves as a touchscreen. And when you need more screen, you can make those keys go away and fold it in any number of configurations.

Project Precog was ambitious, but the company said that a consumer-ready version would roll out in 2019. Well, it's 2019, and Computex is a show in ASUS' back yard -- all the more reason for it to wow the world's press on the ground. We're hoping to get some concrete details on a finished Precog laptop, or some good reasons why it's not there.

Similarly, if ASUS is committed to killing off the keyboard, then we're expecting to see more from its ScreenPad series. Last year, the company showed off 14-and 15-inch laptops that had a touchscreen where the trackpad would normally live. The idea was that you could use it as a trackpad, run basic apps and special contextual shortcuts in the 5-inch display.

Only a handful of other companies have announced support for the secondary pad, including Spotify and Adobe. But if ASUS is hoping to get these second screens on to other machines, it'll need to get far more big names onside.

And we can't forget ASUS' Republic of Gamers (ROG) line of gaming laptops, which will likely see some bumps. Unless, of course, the machines announced at the end of April, including updates to the Strix and Zephyrus ranges, are all we're going to get. One thing we can hope for, however, is pricing and availability for ASUS' crazy Mothership, a laptop/desktop hybrid for elite gamers. Similarly, the ZenFone 6 with a flip-up camera was announced before the show starts proper. Is that a hint that ASUS is not going to touch its gaming and mobile lineups during its hometown shindig?

If there's a company that needs to be on the offensive right now, it's Intel, since it finally has a CEO after nearly a year of dithering. (Former) Interim head Bob Swan has inherited a number of problems from his predecessor and has been tasked with fixing Intel's numerous crises. Like the fact that Intel's CPUs are (increasingly) full of security holes of varying severity.

Then there's the issue around Intel's failure to get its new production processes working well to make new CPUs. The company has held up the entire PC industry after failing to get 10-nanometer chips working properly. In the interim, it's been gussying up existing chips in the hope that nobody was noticing, but everyone was.

Intel said that its long-awaited 10-nanometer Ice Lake chips will begin shipping in June, at least in mobile variants. That means we might see some early word about which laptops the new silicon will wind up appearing in. And Intel has also promised that Ice Lake's integrated graphics will get up to a teraflop of power, reducing the need for a dedicated video card. 1 TFLOP won't beat a dedicated unit, but it might mean you can run some more substantial games on integrated graphics alone.

And, finally, and perhaps more excitingly, the company has also been talking up its project to build its own GPU, putting its tanks on NVIDIA and AMD's lawn. Still in its infancy in this space, Intel could certainly throw out some more details to help whet our appetites. 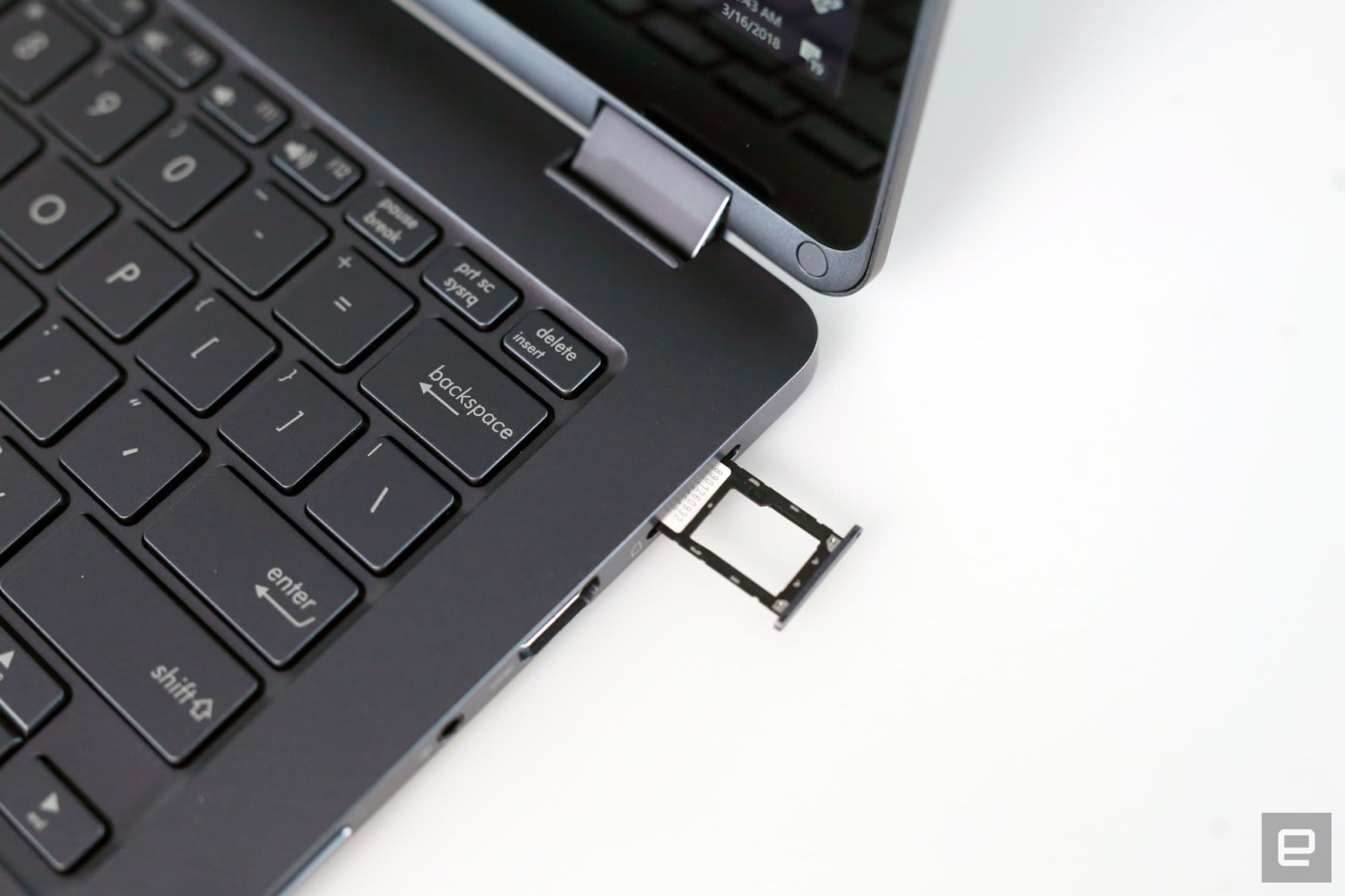 The promise of all those announcements was that the chips would run Windows on low-power ARM hardware, offering significantly better battery life than a power-gulping x86. Not to mention that Qualcomm is best placed to integrate these CPUs with its wireless modems, offering always-on cellular connections. An always-on laptop that's constantly connected to the internet is a gift to workers on the go -- as long as those devices are as good as regular laptops.

It doesn't take a genius to work out that Qualcomm will use this year's show to demonstrate the power of its computing platform on 5G networks. The faster speed of its chips, combined with the far faster speeds promised by 5G, will help offset some of the limitations of the hardware. And, hopefully, we'll get to spend some time playing with the next generation of 5G WoS laptops at the show.

AMD has been enjoying its recent rise and can boast its chips aren't subject to the four new security vulnerabilities recently found affecting Intel chips. Since Intel has had to throttle some of its CPUs to address those flaws, AMD's rival offerings, while slower overall, now look better by comparison. And, AMD, which will provide the beating heart of the PlayStation 5, is looking to push its advantage over Intel with a new chip process of its own.

The company's big Computex keynote is likely to focus on the Zen 2, a new 7-nanometer chip with a crazy number of cores. This smaller process will mean that AMD's silicon -- dubbed third-generation Ryzen 3000 -- will further close the gap on Intel in IPC (Instructions Per Cycle). Coupled with the high core counts and AMD's typically aggressive pricing, Ryzen 3000 might make Intel sweat more than it usually does.

And the advent of these chips will see the arrival of a whole raft of new motherboards, and we're expecting to see these all over Computex this year. If you're looking to build a new PC from scratch, then waiting around to check out the new motherboards will be worth it.

AMD is a little further behind NVIDIA than it is behind Intel, so the company might not try to go toe-to-toe with its rival's flagship GPUs from the start. Instead, AMD might look to build a mid-range card that gets its tech into more machines while refining the process further. The company has said that it's expecting Zen 2 and Navi to launch in Q3, meaning July at the earliest. So whatever it shows off at Computex, you'll have a month or two to wait before you can slam down cash to get one of your own.

NVIDIA does have a press conference at Computex, but it looks as if the bulk of that event will cover its work in AI hardware. Certainly, given how new its RTX and 1600 series cards are, it would be a shock to see the company announcing even more hardware. It's plausible that price and power are big selling points this time around, especially with the threat of AMD's Navi looming on the horizon. The rumors suggest that the GeForce RTX 20 series will get a refresh, with faster memory and a higher clock speed. As WCCFTech says, that would mirror the strategy NVIDIA used with the GTX 1080, increasing the speed a year after its initial launch.

With all of the exciting chip news filtering out at Computex, we can expect plenty of upgraded laptops to be on show. Back in January, Dell revealed it has a prototype XPS laptop running Intel's Ice Lake chips, which is due to be ready for the 2019 holidays.

It's likely that several more companies will have Ice Lake laptops ready to show off, and some new form factors as well. In the same way that ASUS and Lenovo are making strides to eliminate the keyboard, others may embrace novel forms of laptop design. It's certainly the time to eschew the design conservatism that has defined laptops over the last few years. 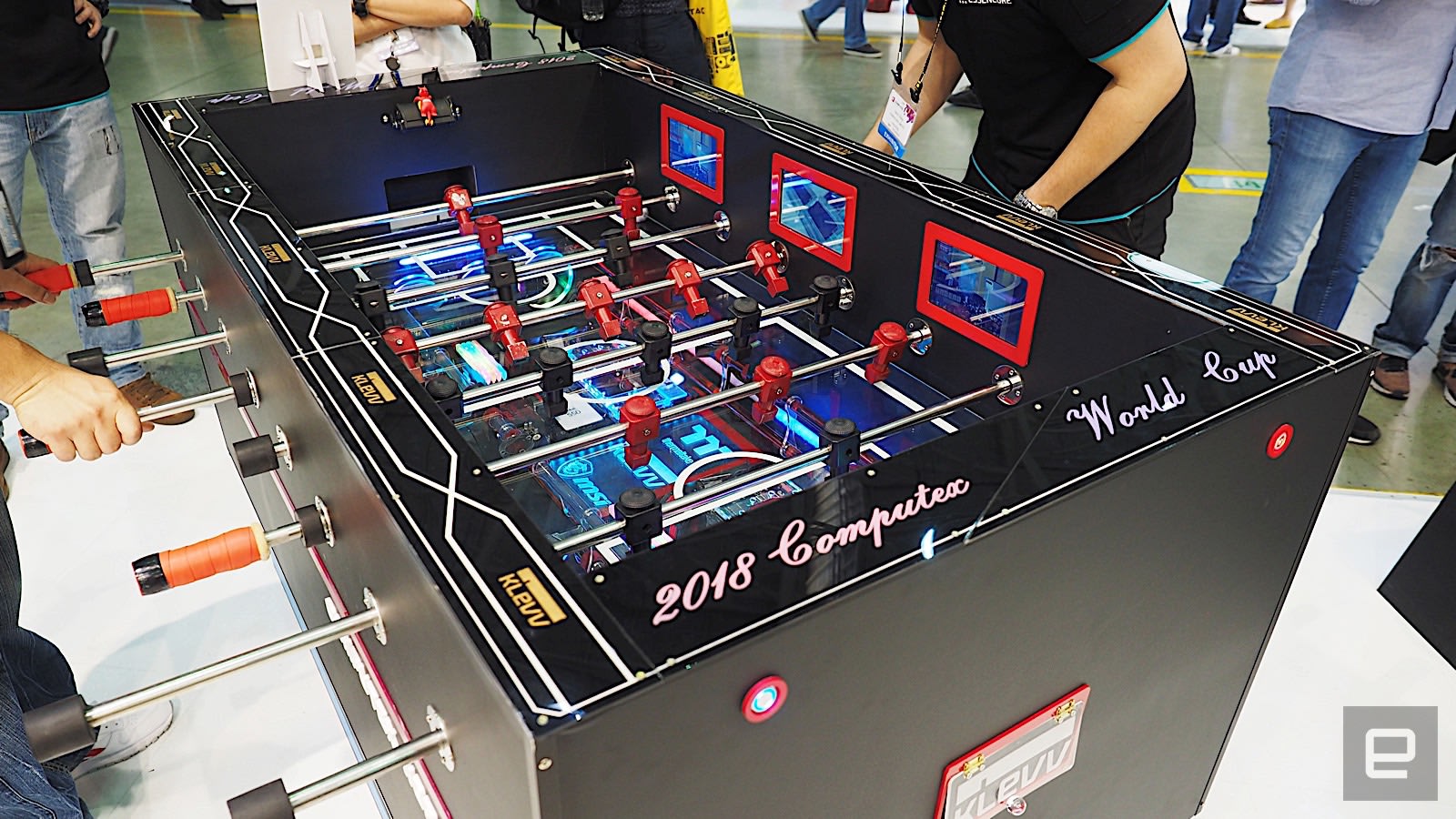 At the end of last year's show, Engadget said that the PC market, after years of stagnation, was starting to become interesting again. And we're hoping to see the potential uses for all these new, far faster chips, better graphics and innovative designs. Is it time we killed the laptop keyboard forever? Is 5G going to radically alter how we compute? Is Intel going to make a huge stride into the discrete graphics market? Answers to some of those questions next week.

In this article: acer, asus, Computex, Computex 2019, Computex2019, dell, gear, htc, intel, mobile, personal computing, personalcomputing, Taiwan
All products recommended by Engadget are selected by our editorial team, independent of our parent company. Some of our stories include affiliate links. If you buy something through one of these links, we may earn an affiliate commission.