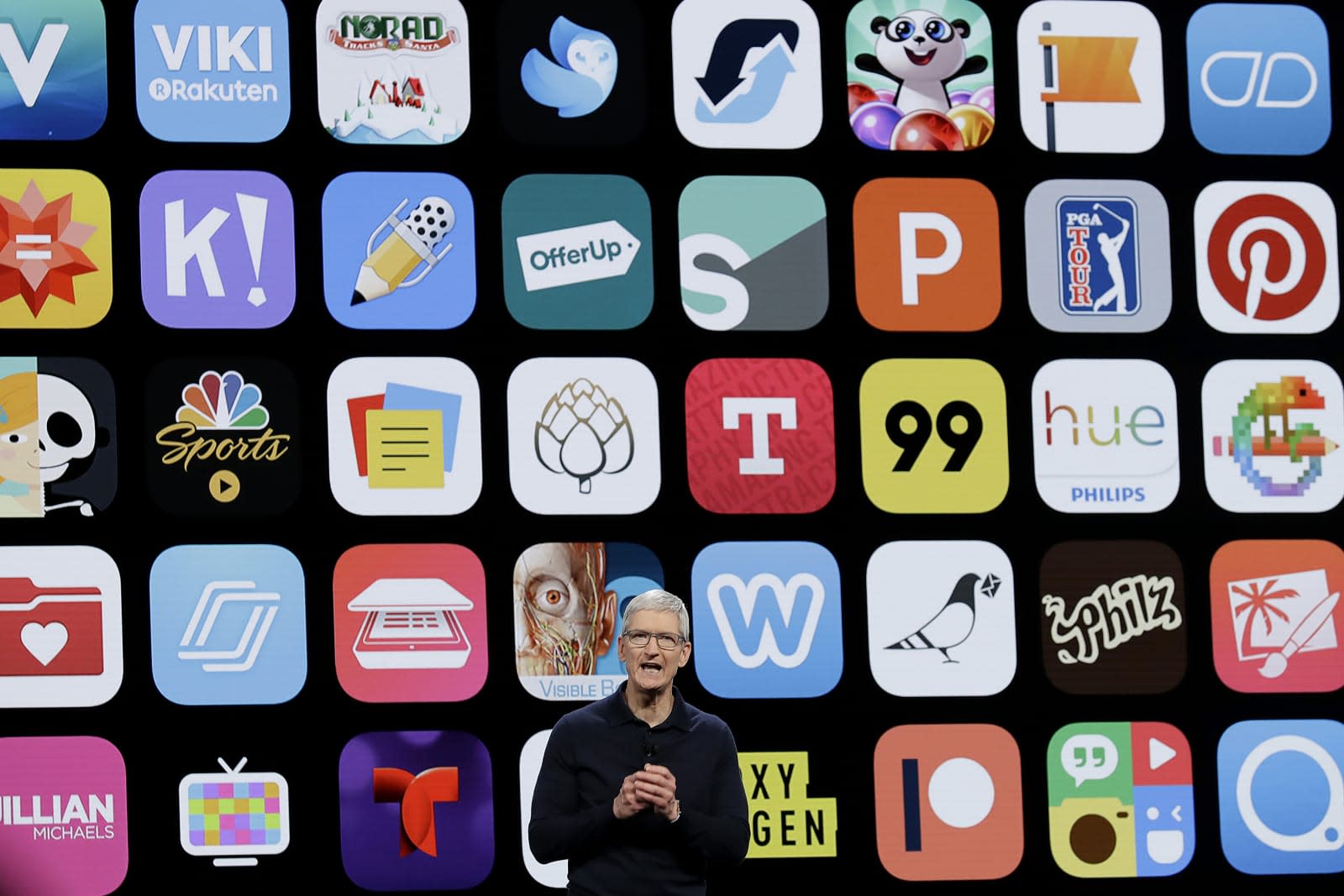 Did you notice that Apple's software was suddenly less dominant in the App Store this summer? There's a good reason for that. Apple confirmed to the New York Times that it changed App Store search algorithms in July so that its own apps didn't overwhelm the top results. For more than a year, its own titles would dominate searches for basic terms, even when the apps in question weren't related to a given query -- you sometimes had to scroll through 14 apps before you got to a third-party result for "podcast," for example. Apple attributed the behavior to a search engine feature that sometimes grouped apps by developer, with popularity also playing a role.

If a given search included multiple Apple apps, the algorithm would decide that people were looking for a particular Apple app and pop up more software from that developer. The problem, as you might guess, is that users would frequently tap on Apple's titles -- sometimes because they were looking for the preinstalled apps on their phones, company engineers said. When Apple noticed that the algorithm was stuffing the results, it first stopped that behavior for some searches and, in July, disabled the practice for all Apple apps.

Apple executives maintained that it wasn't intentionally gaming the system, but also that the algorithm was working properly. "This wasn't a mistake," senior VP Phil Schiller said. Instead, they characterized the change as a boost for third-party developers.

Others don't see it that way, though. Some third-party app makers noted that they've been buried in App Store search results -- Stitcher said it didn't even see the "podcast" search term as a significant download source. And when Spotify was down to 23rd in searches for "music" at one point, it's hard to ignore the service's allegations against Apple for allegedly privileging Apple Music over competing services. The US Supreme Court also allowed a lawsuit accusing Apple of price fixing and abusing a monopoly over iOS app distribution. Apple has maintained that the App Store isn't a monopoly.

Apple isn't the only tech giant facing scrutiny over claimed favoritism. Google has faced regulatory action for allegedly preferring its own products in search results. The company is clearly facing more pressure to address prioritization than it has in the past, though -- this might address some gripes that would otherwise reach the courts.

In this article: algorithm, antitrust, app store, apple, gear, internet, ios, ipad, iphone, mobile, search, services
All products recommended by Engadget are selected by our editorial team, independent of our parent company. Some of our stories include affiliate links. If you buy something through one of these links, we may earn an affiliate commission.