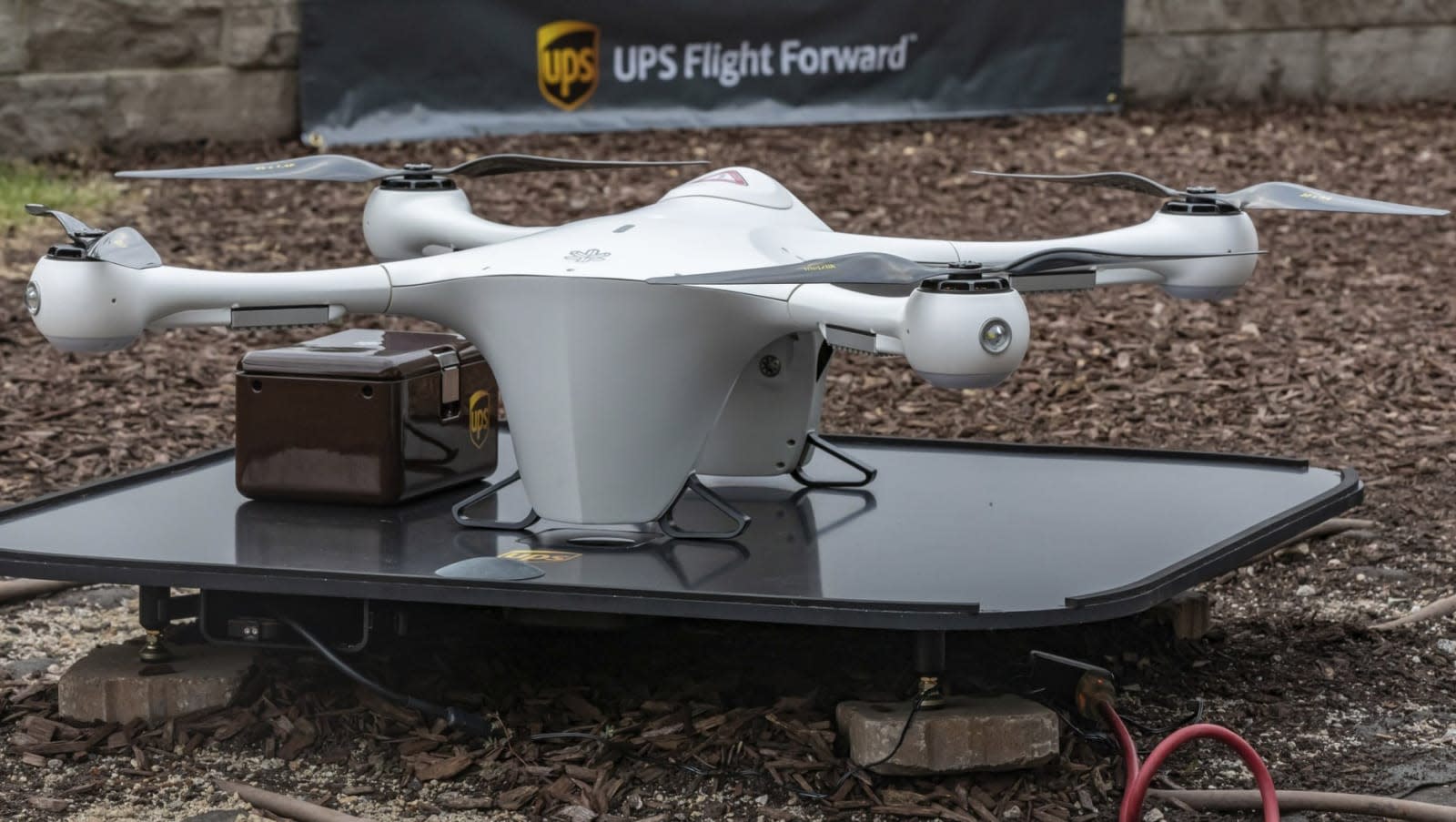 UPS might soon be dropping off packages across the US by drone. The Federal Aviation Administration granted the UPS Flight Forward subsidiary air carrier and operator certification, allowing it to use drones for commercial deliveries.

Flight Forward is the first company to claim the Part 135 Standard certification, and it'll be able to operate an unlimited number of drones. The machines and their payloads can weigh more than 55 pounds and UPS can fly its drones at night.

Earlier this year, under the Transportation Department's Unmanned Aircraft Systems Integration Pilot Program, Flight Forward started transporting medical lab samples and blood for transfusions around WakeMed's healthcare campus in Raleigh, North Carolina. After it received the FAA certification, it launched a Matternet M2 quadcopter flight under a "beyond visual line of sight" (BVLOS) exemption, which it says was "a first in the US for a regular revenue-generating delivery."

At first, UPS plans to expand drone deliveries to hospitals and medical campuses across the US. It's also planning to carry out flights outside of the healthcare industry, "including the transport of special commodities and other regulated goods."

It aims to build a centralized operations control center, run regular BVLOS flights and work with manufacturers to build drones that can carry various capacities of cargo. Flight Forward also plans to quickly build out "ground-based, detect-and-avoid technologies" for safety and to expand its services in the future.

"This is history in the making, and we aren't done yet," UPS CEO David Abney said in a statement. "Our technology is opening doors for UPS and solving problems in unique ways for our customers. We will soon announce other steps to build out our infrastructure, expand services for healthcare customers and put drones to new uses in the future."

In this article: delivery, drone, drone delivery, dronedelivery, faa, federal aviation administration, federalaviationadministration, tomorrow, transportation, ups
All products recommended by Engadget are selected by our editorial team, independent of our parent company. Some of our stories include affiliate links. If you buy something through one of these links, we may earn an affiliate commission.