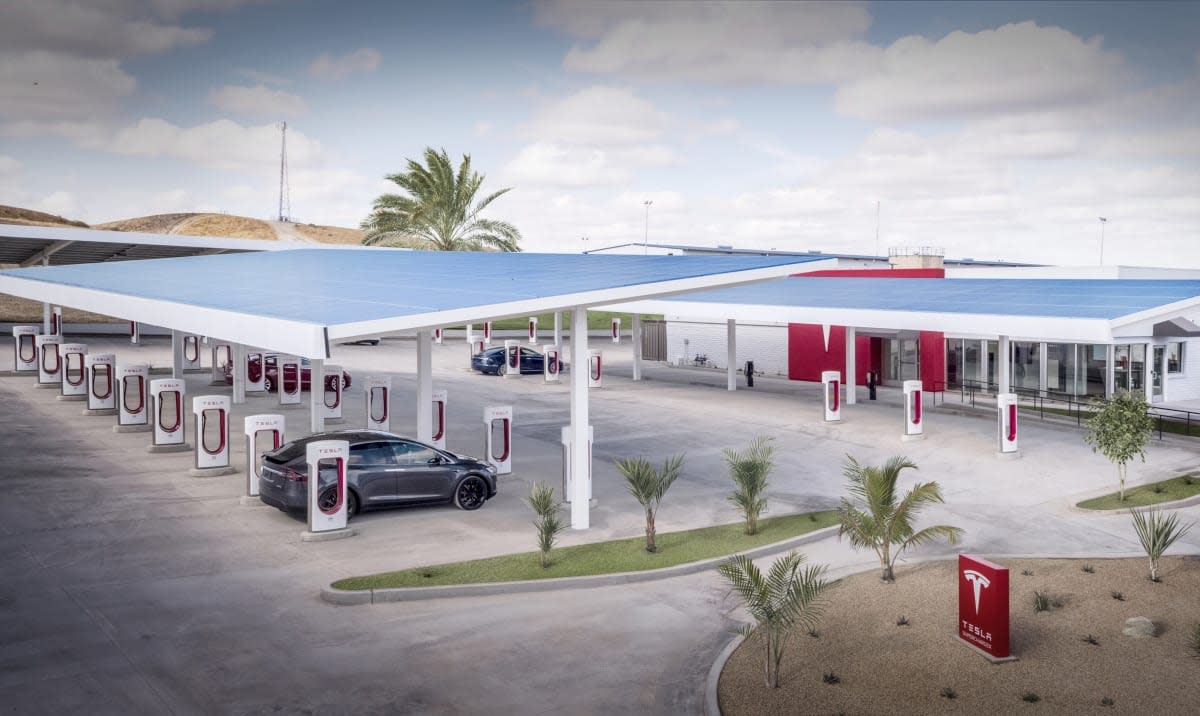 As Pacific Gas and Electric blacks out power across wide swaths of northern California, Tesla CEO Elon Musk mentioned plans in place that could help Tesla owners during power outages. During past emergencies like hurricanes Irma and Florence, Tesla has used its OTA capabilities to give owners a boost, and its Powerwall can store additional power when it detects storms coming. People needing to charge their EVs might not be the same ones in most dire need of assistance while power is out, but it's a consideration under these circumstances, and an emergency he may be able to comment on without causing a lawsuit later.

According to Musk, "All Tesla Supercharger stations in regions affected by California power outages will have Tesla Powerpacks within next few weeks." He also said the company is adding Tesla Solar to its stations "as fast as possible," so that drivers can get "24/7 clean power with no blackouts." While the power is out, drivers with combustion engines have trouble filling up too, but with Powerpacks, there's a backup plan.

In 2017, the exec said the plan is to eventually disconnect Superchargers from the power grid entirely, and in July Tesla opened its first V3 location in Las Vegas with solar and battery power.

Also adding Tesla Solar to our Supercharger stations as fast as possible. Goal is 24/7 clean power with no blackouts.

In this article: California, electric vehicle, Elon Musk, EV, gear, outage, pacific gas and electric, powershot, powerwall, Tesla, transportation
All products recommended by Engadget are selected by our editorial team, independent of our parent company. Some of our stories include affiliate links. If you buy something through one of these links, we may earn an affiliate commission.