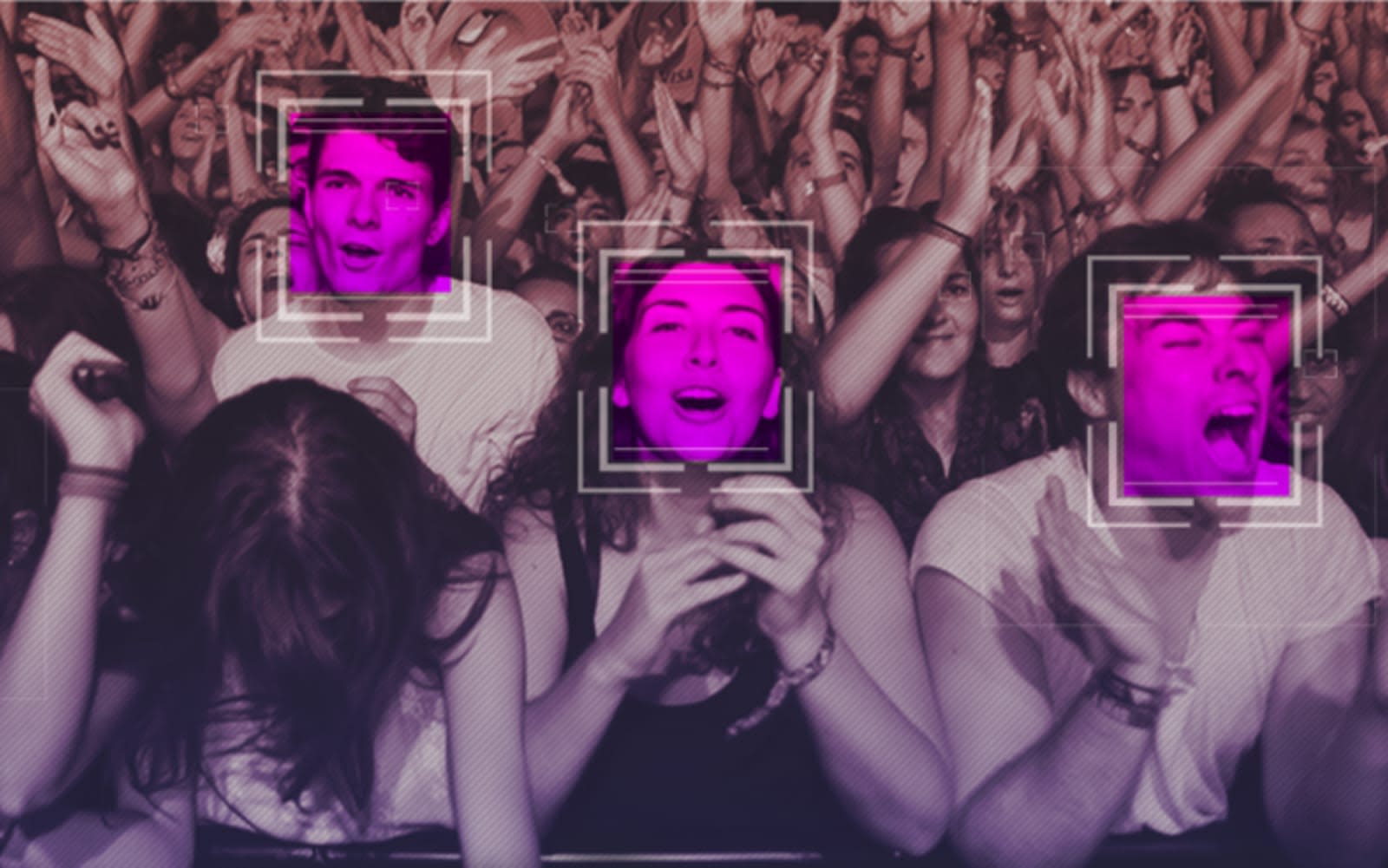 40 of the world's largest music festivals -- including Coachella, Bonnaroo and SXSW -- have said they won't use facial recognition at their events. Now, artists who put pressure on the companies behind those festivals are claiming a victory.

Last month, musicians like Tom Morello of Rage Against the Machine, Nahko of Nahko and Medicine for the People, Speedy Ortiz and Thievery Corporation began speaking out against the use of facial recognition at concerts. In a campaign organized by Fight for the Future, artists, fans and activists criticized the use of the technology and threatened to boycott events.

Fans should feel safe & respected at shows, not subject to surveillance, harassment, deportation, or arrest. That's why we're joining in to call on @Ticketmaster & others not to use #FacialRecognition at festivals and concerts https://t.co/AvesV6eNiM #DontTrackFansAtShows pic.twitter.com/0BmQbT3YnN

Yesterday, Morello and Evan Greer, deputy director of Fight for the Future, confirmed that 40 companies have gone on record to say they don't plan to use the tech.

The organizers say this isn't just about festivals. "This victory is the first major blow to the spread of commercial facial recognition in the United States, and its significance cannot be overstated," Morello and Greer wrote in a BuzzFeed News op-ed.

Facial recognition is becoming more ubiquitous. We've seen it used at a Taylor Swift concert and police in Boston once used it to monitor concertgoers. But those behind the campaign note that it is still deeply flawed and has a proven racial and gender bias. Even Axon, a major supplier of police body cameras and software, says it won't use facial recognition in its body cameras until it's more accurate.

Three cities have banned the use of facial recognition, and a proposed bill could ban it in federally-funded housing. If the Fight for the Future campaign sets a precedent, we might see more private groups pressuring companies to drop it.

In this article: bonnaroo, business, campaign, coachella, entertainment, facial recognition, fight for the future, music festivals, petition, rage against the machine, security, sxsw, tom morello
All products recommended by Engadget are selected by our editorial team, independent of our parent company. Some of our stories include affiliate links. If you buy something through one of these links, we may earn an affiliate commission.