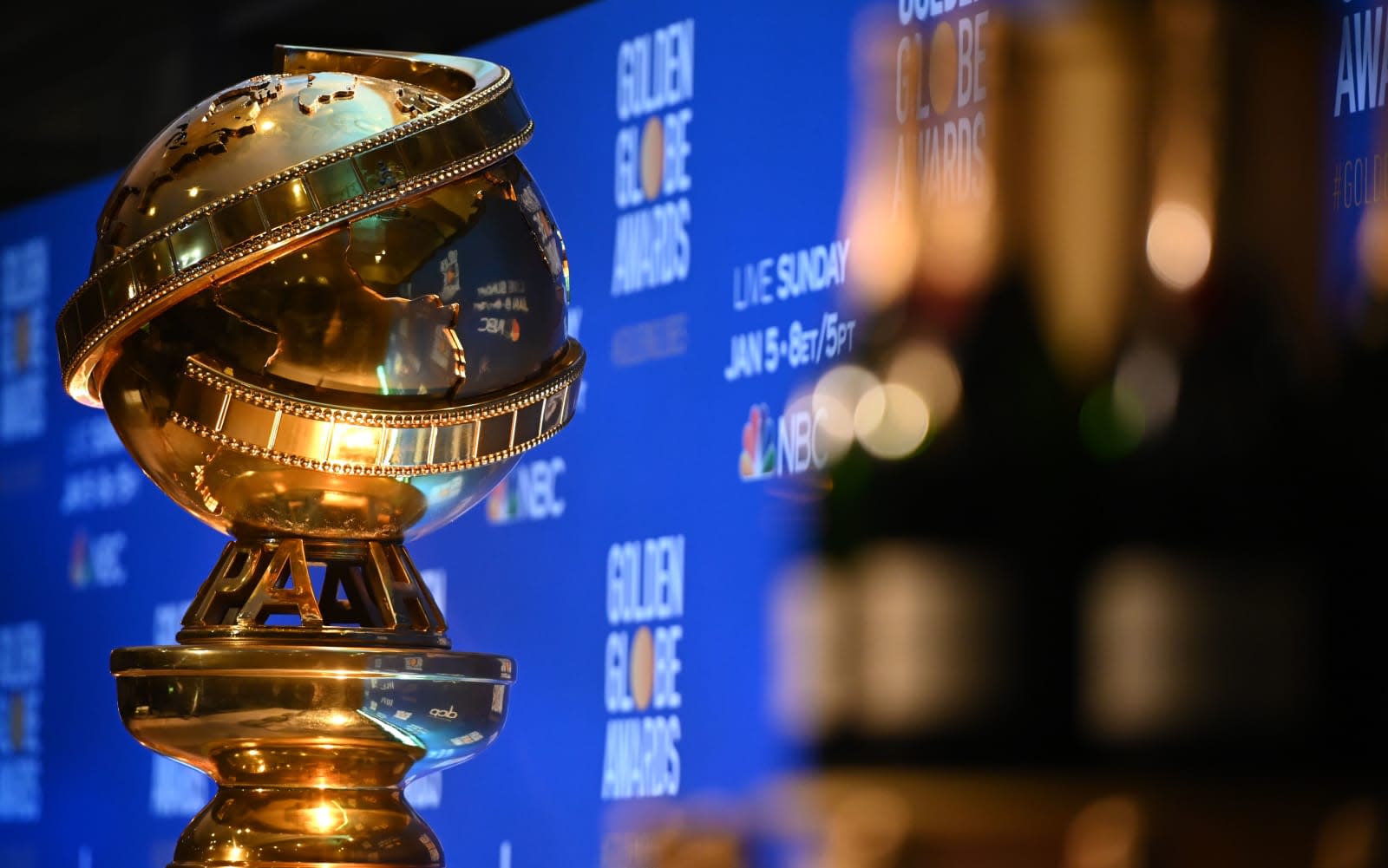 With movie theaters closing amid the coronavirus pandemic, studios are sending theatrical releases to streaming or skipping theater reveals altogether. That's forcing the entire industry to adapt, and today, the Hollywood Foreign Press Association (HFPA) announced that it will temporarily consider films for the Golden Globe Awards even if they don't first screen in a theater.

Producers and studios must still prove that they had a "bona fide theatrical release" planned in Los Angeles between March 15th and April 30th, The Hollywood Reporter notes. Distributors must still set a date for an official screening, but they can send a DVD screener or screening link to HFPA members. The HFPA will also consider, at least temporarily, films released via streaming services and cable -- before they had to be released by pay-per-view services or theaters. HFPA says it will reassess and may extend the temporary changes beyond April 30th.

Other awards will likely follow suit. The Academy of Motion Picture Arts and Sciences is considering changes to Oscars eligibility, and it is expected to announce its decision following a meeting on April 14th.

Universal is now releasing movies in homes and theaters on the same day. Pixar's Onward arrived on Disney+ just weeks after its theatrical release, and Paramount is sending films straight to Netflix. Film festivals, including SXSW, are considering how they too might adapt, and of course, no one knows how long these measures will be necessary.

In this article: art, av, awards, coronavirus, covid-19, eligibility, entertainment, film, films, golden globes, HFPA, internet, movies, oscars, release, streaming, the academy, theaters, theatrical release
All products recommended by Engadget are selected by our editorial team, independent of our parent company. Some of our stories include affiliate links. If you buy something through one of these links, we may earn an affiliate commission.