The Morning After: CES 2021 is not canceled

Engadget
@engadget
June 4, 2020 7:15 AM
In this article: themorningafter, newsletter, gear

Despite the cancellation of pretty much every major tech event so far, the Consumer Technology Association (CTA) says that CES 2021 will still take place in January, with a raft of social distancing safety measures in place.

Those include widening aisles in many exhibition areas and more space between seats during events The organization says various spaces across the show will be cleaned and sanitized regularly (shouldn’t that be de rigueur, anyhow?), with hand sanitizer stations placed throughout.

For tech media and analysts, the Consumer Electronics Show is legendary for its ability to make you ill with flu-like symptoms. Maybe it’s the dry air or the melting pot of thousands of people from around the world. Maybe it’s just all those touchscreen devices or simply those Vegas buffets, but it’s very easy to get sick by the end of the show.

For now, the organization says it’ll encourage attendees and exhibitors to adopt best practices, like wearing masks and not shaking hands -- though it seems it won’t demand it. The CTA says major companies and brands have already committed to next year’s CES.

Seven months is ample time to prepare and reassess the risks -- and maybe reconsider holding the event all over again?

‘Aya and the Witch’ will premiere on Japanese TV, not theaters.

The next animated movie from the world-renowned Studio Ghibli will be a departure from its previous efforts. The studio co-founded by Hayao Miyazaki is well known for its expertise in traditional hand-drawn animation and only occasionally uses CG in its films. The upcoming Aya and the Witch, however, will be animated entirely in 3D. The studio usually only uses computer animation as a fallback for scenes that would be particularly difficult or labor intensive to achieve through hand-drawn methods. (All Ghibli films before 1997’s Princess Mononoke are completely animated by hand.)

The movie will be based on the children’s book Earwig and the Witch by Diana Wynne Jones. Studio Ghibli previously used another Wynne Jones title, adapted into 2004’s Howl’s Moving Castle. The movie will arrive this winter but will go direct to TV, sidestepping movie theaters.
Continue reading.

The Falcon 9 booster used is now the first one to have launched and landed five times.

Last night, SpaceX deployed another 60 of its Starlink internet satellites, but one of them was different from the rest. It includes a deployable visor intended to keep sunlight from hitting the brightest, most reflective surfaces. These satellites intentionally fly lower than normal communications satellites, and reflected light has been upsetting astronomers who need clear skies to look out into space.
Continue reading.

The Flyer is no more.

The original Flyer that debuted in 2017 was a one-seat, propeller-driven vehicle that looked like a flying motorcycle. Kitty Hawk introduced a new version one year later, and while it remained a single-seater, the updated 250-pound aircraft looked more like a cross between a drone and a stunt plane. However, the Larry Page-backed company is ending work on that project.

CEO Sebastian Thrun told TechCrunch that “No matter how hard we looked, we could not find a path to a viable business.” So instead it’s focusing on a new project: an all-electric aircraft dubbed Heaviside that takes off and lands like a helicopter despite being 100 times quieter.
Continue reading. 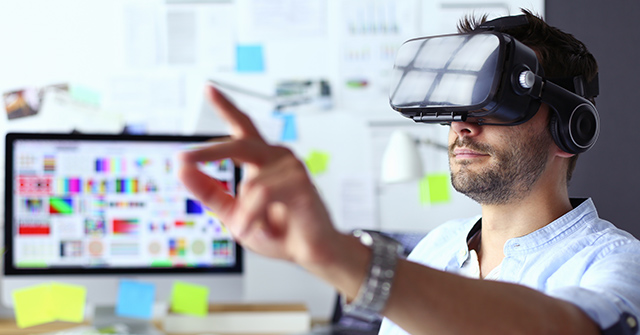 With a Lightning-to-USB adapter you can use any security key.

Thanks to changes rolling out now, anyone with an Apple device (iOS 13.3 and above) will be able to use Google’s Titan Security Keys to secure both work and personal Google Accounts.

Because USB-A and Bluetooth Titan keys have NFC functionality, signing-in should be as easy as tapping your key to the back of your iPhone. You will also be able to use Lightning security keys, like the YubiKey 5Ci, to secure your Google Accounts.
Continue reading.

Engadget's 2020 Dads and Grads gift guide: What to buy your dad who's hopelessly low-tech

All products recommended by Engadget are selected by our editorial team, independent of our parent company. Some of our stories include affiliate links. If you buy something through one of these links, we may earn an affiliate commission. All prices are correct at the time of publishing.
View All Comments
The Morning After: CES 2021 is not canceled