The Morning After: Netflix tests a button that picks something for you

And the Galaxy Note Ultra is amazing, even if it isn't for everyone.
Engadget|08.19.20
@engadget

If you’ve been wondering what Samsung’s next Note will be like, then the answer is here. Chris Velazco says that with the Note 20 Ultra, “Samsung built its best big phone ever.”

In an era where almost any phone is good enough, the Note 20 Ultra is almost embarrassingly overbuilt. Aside from its massive screen and XL battery, the phone excels in features like wireless desktop and note taking, which most of us just don’t need. But if you do need them? Then this is the one with everything — and by “everything” I mean a device with 512GB of built-in storage that costs a shocking $1,450.

The next big Netflix innovation: A shuffle show button

Netflix is testing a new “Shuffle Play” feature that could help you find something to watch if you’re feeling overwhelmed with options. Based on photos users posted online, the Shuffle Play button is on the profile screen. You can simply click and hope it plays something you like.

Netflix takes into account watched titles and those you’ve saved to your list for the new feature. It could also randomly play an episode from a series you’re currently watching — hopefully with an algorithm trained to avoid any narrative spoilers.
Continue reading.

Not everything needs to be controlled by voice.

Become an Adobe master with these 6 bundles 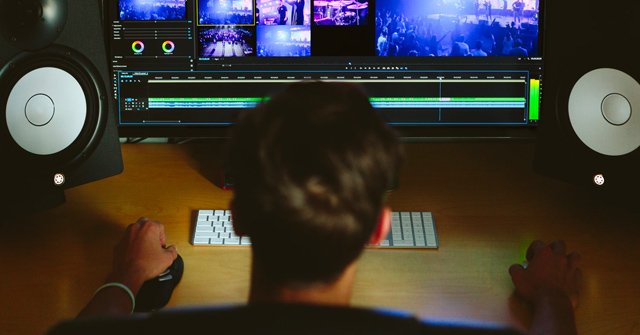 'Untitled Goose Game' is getting a two-goose mode

Was it because of the pandemic, or was it always going to happen? Untitled Goose Game is picking up a multiplayer mode, hot on the heels of news that PS4 exclusive Ghost of Tsushima is getting its own co-op mode. Maybe it’s because we’re just not seeing our friends anymore. You will need to wait until September, but it’s a free update.
Continue reading.

USPS will stop removing mail-sorting machines until after the election

Members of Congress have been railing against attacks on the Postal Service for weeks.

There are no public plans to reinstate machines that have already been taken offline, but no additional units will be removed from service until after the US presidential election in November.
Continue reading.

A look back at some of Toshiba's most memorable laptops

Now that Toshiba’s officially done with laptops, it’s worth looking back at a handful of the company’s most memorable devices. While Toshiba certainly churned out plenty of anonymous Windows computers, it also built some machines that were quite ahead of their time. Let Nathan Ingraham take you from the T1100 all the way to some early dual-screen foldable devices.
Continue reading.

Google Meet comes to TVs thanks to Chromecast