The Morning After: Trump threatens to 'ban' TikTok

And authorities have arrested someone for the July 15th Twitter breach.

Engadget
@engadget
August 1, 2020 10:16 AM
In this article: themorningafter, newsletter, gear

We didn’t even have to wait until August to find out who was behind that massive Twitter breach on July 15th. Florida authorities arrested a Tampa teenager as he and two others were charged with a litany of felonies in the attack that hijacked numerous high-profile accounts. Charging documents from the prosecutors claim the Florida teen conducted a spear phishing attack by pretending to be Twitter IT and convincing an employee to hand over credentials.

There are more details, but the whole episode remains as bizarre as it seemed when it occurred two weeks ago. Looking forward, we’re ready for some big news next week, with Google’s Pixel 4a poised to launch on Monday before Samsung’s big Galaxy Unpacked event Wednesday. Until then, you can tune in all weekend as SpaceX’s Crew Dragon capsule makes its first return trip home from the ISS.

This week on the show, Devindra and Cherlynn chat about Facebook, Apple, Google and Amazon’s long-awaited antitrust hearing. Are they too big to compete fairly? Or is the tech industry being overly criticized? (It’s most likely the former.) Also, we dive into Garmin’s lackluster response to its widespread system outage, Quibi’s surprising Emmy noms, and Tenet’s international opening.

Friday started with rumors that the Trump administration may try to force a sale of TikTok, and that Microsoft could be on deck as a buyer. On Friday night, however, the president told reporters he plans to ban the app somehow -- and it could happen later today.
Continue reading.

Add Python to your programming toolkit for $30 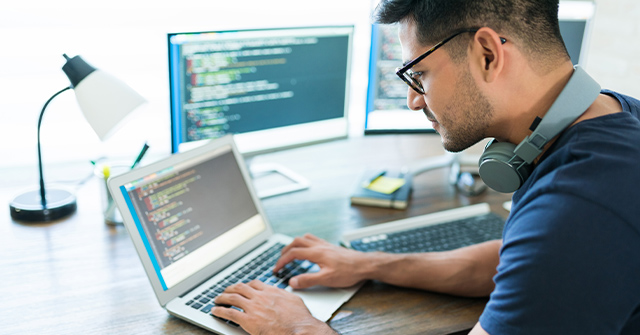 And Amazon’s Echo Dot bundle is down to $21.

This week is a good time to grab a new Apple laptop. Both Amazon and B&H Photo have the latest MacBook Air for $100 off, and those that need more power can grab the latest 13-inch MacBook Pro at Amazon for $200 off. Meanwhile two of TCL’s 8-series Roku smart TVs are discounted at Best Buy: the 65-inch 4K model is down to $1,000 and the massive 75-inch 4K model is down to $1,500.

On Friday, Canada released an app based on Google and Apple tech.

According to a Google blog post, apps based on exposure notification systems it built along with Apple have launched in 16 countries and regions. Canada’s COVID Alert app (iOS, Android) launched on Friday and is currently enabled in the province of Ontario.

We haven’t seen this type of digital contact tracing tech enabled in the US yet, but that may change soon. According to Google, 20 states and territories covering about 45 percent of the population are “exploring apps” based on the systems, and the first ones should launch “in the coming weeks.”
Continue reading.

Apple is selling a braided Thunderbolt 3 cable for $129

Chernobyl-resistant mold could block radiation on the ISS

Netflix is making a film based on Ubisoft's 'Beyond Good & Evil'

YouTube is removing its community captions feature in September

Everything you need to know about getting a VPN in 2020