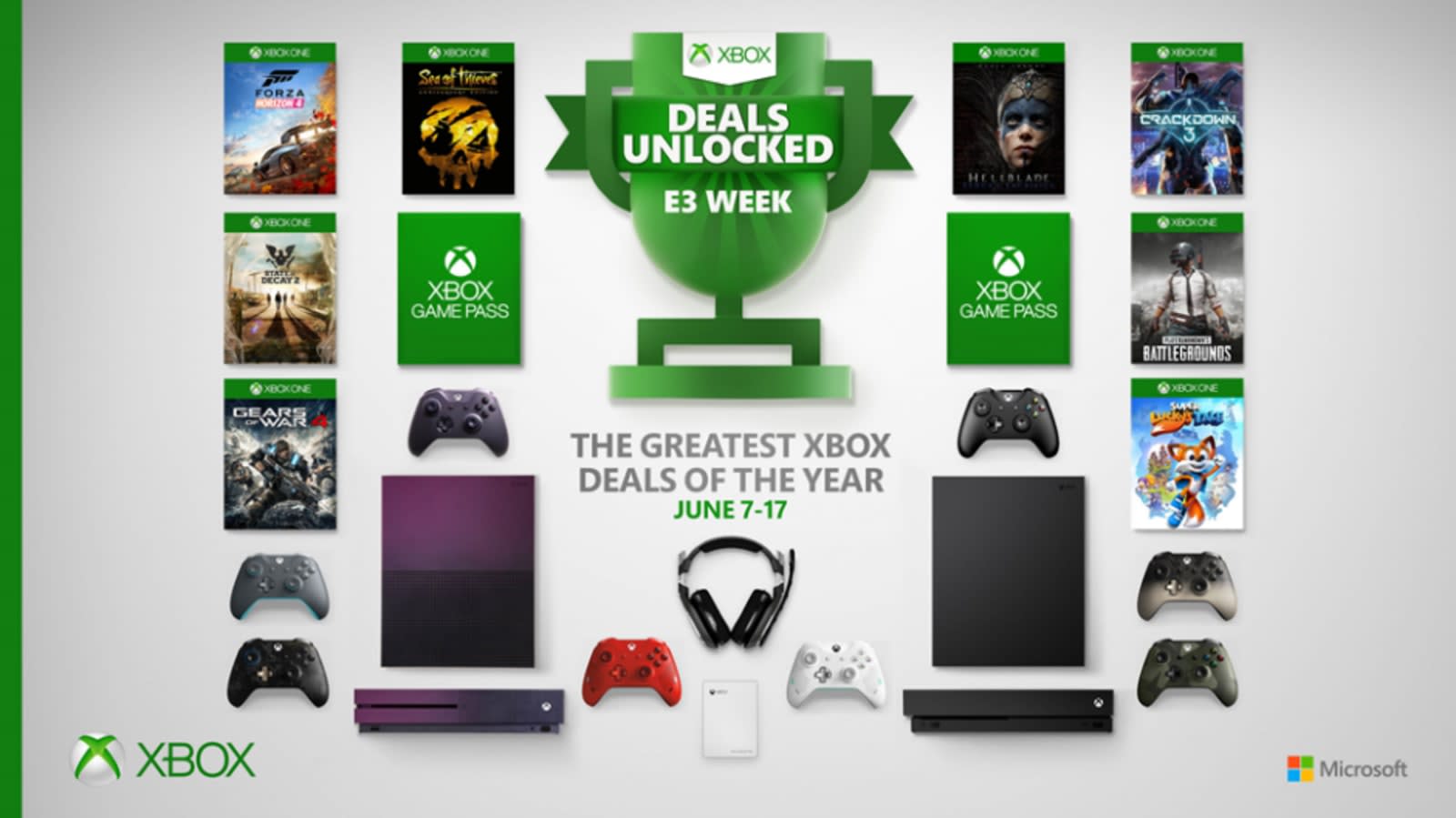 It's one of the most wonderful times of the year for gamers as E3 is upon us. Not only will the next week or so bring more game announcements than you can shake a stick at, but you can expect sales galore from many of the big hitters. Microsoft, for one, has stepped up to the plate with an array of deals, including a hefty discount on Xbox One X.

The 4K version of the console will be $100 cheaper through June 17th. Various bundles are available for $400. Like other Xbox One S bundles, you'll get $50 off the Fortnite Battle Royale Special Edition bundle ($250), as well as the Xbox One S All-Digital Edition ($200). There are discounts on controllers too.

You can expect daily deals as well. Today's is half off Call of Duty: Infinite Warfare - Digital Deluxe Edition, which has dropped to $50. Meanwhile, Sony is running its own PS4 Days of Play sale tied to E3, and you can check out some of the more notable deals here.