The Morning After: A free 'GTA V' offer crashed the Epic Games Store

A little more than five years after NextVR streamed its first live VR broadcast from California to my house in Michigan, Apple confirmed it’s acquiring the startup. While Apple has built AR features into some of its platforms already, rumors of a bigger push into augmented reality or virtual reality have remained simply rumors.

In the past few years, NextVR highlights have included concert broadcasts, golf and the NBA. Still, VR’s slow adoption means only so many people could actually watch, and phone-based headsets like the one I used in 2015 have fallen by the wayside. All I can hope for now is that Apple’s move will be remembered as one that helped bring quality VR experiences to the masses, and not just another example of promising technology being acquired and shelved forever.

You’ll have to follow the wind and the wild animals to find new places and points of interest in the world of the Ghost of Tsushima. That’s one of the gameplay elements Sucker Punch Productions showcased during Sony’s latest State of Play episode, focused entirely on the new samurai game.

Expect to switch between a samurai battle style and a ghost mode, the latter being sneakier and arguably less honorable. And in a bid to truly embrace its feudal Japan roots, the game will come with a black-and-white mode to help channel your inner Kurosawa.
Continue reading.

VanMoof’s S3 e-bike is better, cheaper and just as stylish

VanMoof is like the Allbirds of e-bikes. The company has struck a chord with technology-loving people who care deeply about design and sustainable living. That niche, though, is only so large.

It’s stepping toward the mainstream and is making its premium bikes a tad cheaper. So how do the S3 and X3 stack up against the competition? And how far do they move the needle for e-bike adoption? VanMoof’s third-generation ride has a few frustrating flaws, but it’s still one of the most impressive pedal-assist bikes that money can buy, provided you’re okay with something that occasionally puts design and simplicity over flexibility. Nick Summers took the S3 for a ride.
Continue reading.

Apple could launch an 'affordable' 10-inch iPad this year

Despite the COVID-19 pandemic, Apple might have a few more products to launch this year. According to analyst Ming-Chi Kuo, the company is planning an ‘affordable’ 10.8-inch iPad in the second half of the year. Apple’s cheapest 10-inch iPad currently costs $329.

Kuo said the upcoming models will “follow [the] iPhone SE's product strategy” in that their main selling points are their affordable price tags and their use of Apple’s latest and fastest chips. He also expects to see a new iPad mini in the first half of 2021.
Continue reading.

Bring out your inner artist with this drawing bundle 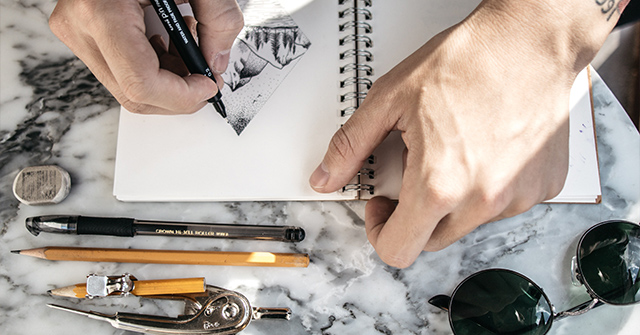 The Boring Company completes excavation of its Las Vegas tunnels

Elon Musk’s Boring Company has finished excavating the second of two tunnels planned for the Las Vegas Convention Center’s underground loop transit system. The mile-long system could cost up to $52.5 million and is currently slated for completion in January 2021. The Boring Company’s first foray into commercial transit will ferry people underneath the convention center via Tesla’s autonomous electric vehicles. It’s designed to move more than 4,000 people per hour across the facility, turning what is at least a 15-minute walk into a trip that takes less than two minutes.
Continue reading.

Ads that mine cryptocurrency or are unoptimized will get cut off.

Google has discovered that a small percentage of ads (0.3 percent) are using a disproportionate amount (27 percent) of the network data used by ads in Chrome. So this summer, Chrome will set a threshold at 4MB of network data, 15 seconds of CPU usage in any 30-second period or 60 seconds of total CPU usage. Go over that and your ad produces an error message.Continue reading.

Xbox co-founder J. Allard is working on the Intellivison Amico