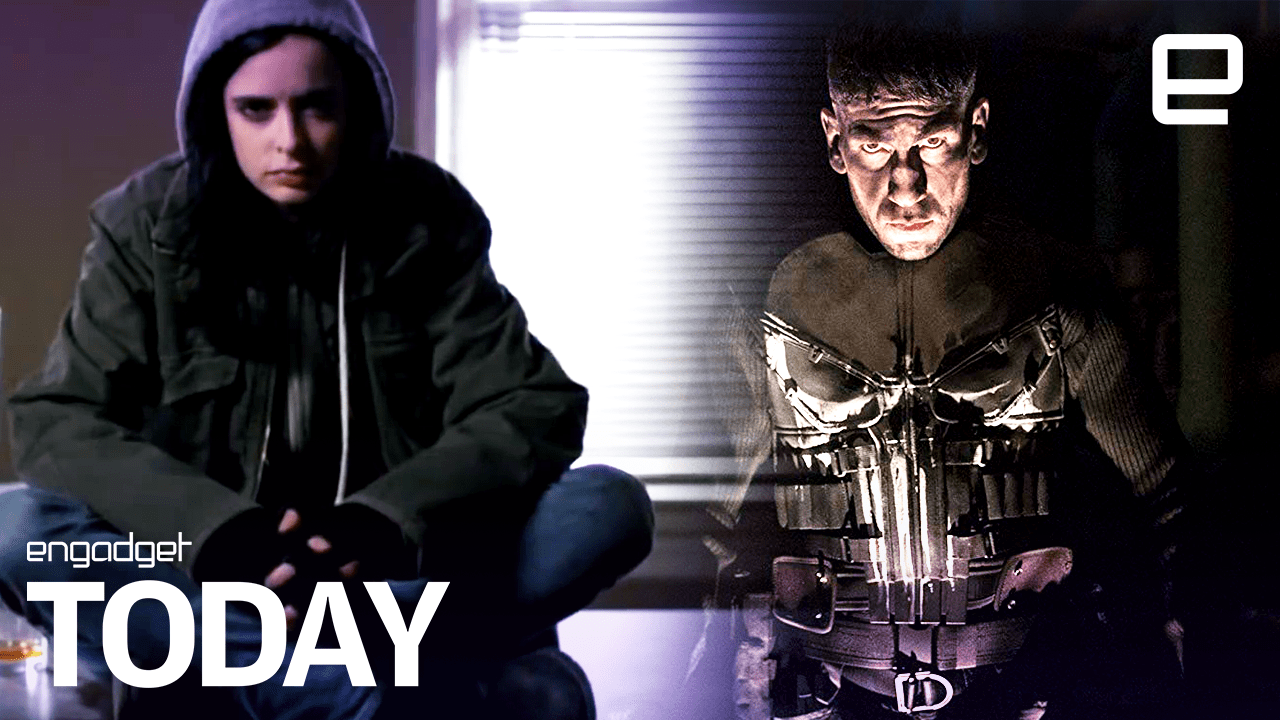 You knew Netflix's remaining Marvel shows were living on borrowed time after it cancelled Daredevil, Luke Cage and Iron Fist within weeks of each other -- and sure enough, the remaining productions are on the way out. Netflix has cancelled Jessica Jones and The Punisher, putting an end to the Marvel partnership that started in 2013. Jessica Jones' third season will still launch on Netflix later in 2019 as a last hurrah, but that's as far as it goes.

While not officially stated, there's an obvious reason why Netflix and Marvel are parting ways: Disney+. The service's late 2019 debut is fast approaching, and Disney hasn't been shy about wanting to use Marvel content as a draw for subscribers. Like it or not, Netflix's cancellation of its Marvel productions helps Disney avoid the awkward position of supporting exclusives on a directly competing streaming service (Disney has a stake in Hulu, so it has an incentive to keep Runaways going).

Netflix already has ideas for what to do next. It has plenty of superhero-themed content on tap, including the just-launched Umbrella Academy, and plans a string of movies and TV shows based on Millarworld's comics. Still, there's no denying that this is the end of an era for Netflix. It started working on Marvel shows at a time when originals were a novelty on the service, and major franchises were practically necessary to keep people interested. Now, it's enjoying massive success with originals on a regular basis. As good as the Marvel programs have been at times, they just aren't as essential as they once were.

In this article: AOLoriginals, Daily Show, DailyShow, disney, disney+, disneyplus, Engadget, Engadget Today, EngadgeToday, EngadgetVideo, entertainment, internet, jessicajones, marvel, netflix, streaming, television, thepunisher, tv
All products recommended by Engadget are selected by our editorial team, independent of our parent company. Some of our stories include affiliate links. If you buy something through one of these links, we may earn an affiliate commission.