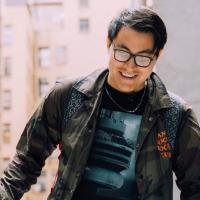 Edgar Alvarez
Senior Editor
Edgar began hitting newsrooms as a young kid in the ’90s, when his dad worked at a regional newspaper. Growing up, he had two passions: technology and football (soccer). When he wasn't on the pitch scoring hat tricks, he could be found near his SNES or around the house, taking things apart. Edgar's also deeply in love with tacos, sneakers and FIFA, in no particular order. He lives in New York City with his better half.