The Morning After: Another new 'Star Trek' show is coming to CBS All Access

And we have a verdict on Microsoft's new Surface audio gear.

Engadget
@engadget
May 16th, 2020
In this article: themorningafter, newsletter, gear

It’s Saturday morning, so we’re looking back at significant stories from Friday and throughout the last week, and just like yesterday’s email, a big acquisition has me wondering about the future. On Thursday it was Apple snapping up NextVR, and on Friday Facebook announced its acquisition of Giphy. The animated image library went for about $400 million, according to a report from Axios, as the social network said it simply wanted to shore up GIF search in some of its products.

For outsiders, however, this deal’s impact on privacy is the big concern. For those who try to avoid Facebook Companies, that’s one more service they can’t use, and one more way the social network’s advertising/monitoring tech could potentially acquire data from unrelated services and apps.

The new show takes place a decade before James T. Kirk became captain of the Enterprise.

Chris Velazco gave the device a score of 86 when he reviewed it last fall.

If you missed the opportunity to pick up the 10.2-inch iPad when it was $250 earlier this month, Apple's entry-level tablet is once again on sale. This time around, both Amazon and Best Buy are selling the 32GB base model 10.2-inch iPad for $250. That's an $80 savings off the device's usual list price and matches the best deal we've seen for it.
Continue reading.

Microsoft’s new audio products are winners when it comes to sound quality and comfort. Plus, the headphones are $100 cheaper than the previous model, and those funny-looking buds have enough space to make their touch controls easier to operate. Devindra Hardawar did have some complaints, like shorter-than-the-competition battery life on the Surface Headphones and a design choice on the Earbuds that makes it harder to use just one at a time, but check out his review for the full rundown.
Continue reading.

Cut the cord once and for all with SelectTV 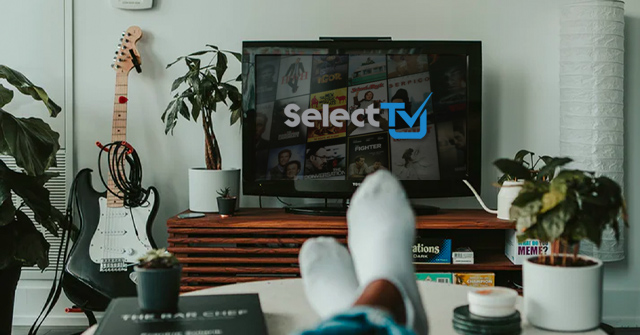 If you needed something to hold on to ahead of next-gen consoles actually getting here, Epic is happy to oblige. It’s released an early showreel of the Unreal 5 engine, showcasing its new Nanite system (in charge of generating tiny polygon geometry to add detail) and Lumen, which is a dynamic lighting system that can transform how scenes look on the fly.

Both will address two major factors in game development: money and time. UE5 should help small teams get a level of graphical fidelity closer to those of major gaming companies. But we will have to wait for it. Unreal Engine 5 will be first available to preview early in 2021 with full access expected by the end of that year.

And it wouldn’t be an Epic news event without something to do with Fortnite -- yes, it’s behind that, too. The battle royale title will be a launch title for both the PS5 and Xbox Series X. The company plans to migrate Fortnite to the Unreal Engine 5 in mid-2021, which should enhance the game’s visuals (big time) and greatly expand its capabilities.
Continue reading.

If you’re lucky, you might not need to buy anything extra.

Some (most?) webcams suck. The video quality is mediocre and camera placement is often not flattering -- especially on some laptops. Why not use that fancy DSLR camera you have? Depending on the make and model, it might be as easy as downloading an app. You may require some new hardware and cables, but regardless, we’ve laid out all the options for wowing colleagues and/or family on your next video call.
Continue reading.

AirPods Pro are at their lowest Amazon price ever

Comcast has handed out one million cord-cutting Xfinity Flex boxes

All the best deals we found this week

VanMoof’s S3 e-bike is better, cheaper and just as stylish

Samsung Galaxy A51 review: It's not a bad phone, just a bad deal

This chip plays ‘Doom’ and nothing else