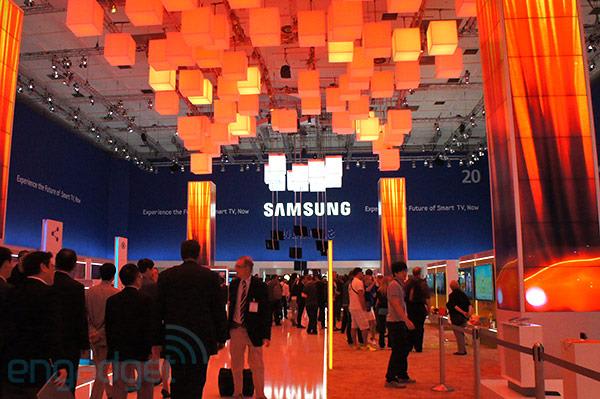 Europe's premier consumer electronics trade show has further cemented its status on the industry's radar, thanks in no small part to Samsung, Sony and a shocking number of 84-inch 4K TVs. Since Wednesday, we've welcomed a brand new Galaxy Note, a healthy heaping of smaller mobile phones, a few cameras (including that Android stunner) and enough laptops and tablets to keep us computing well into the fall. From your perspective, the show ran silky smooth, though Berlin's mobile data plague continued to take its toll on our productivity, while the Messe's absolutely insane sprawl left us with a few well-worn shoes. As always, we still had a blast bringing you all the latest gear as it hit the floor, and German hospitality (and beer) made the setbacks a bit more bearable. Since there's oh so much to get through, we're sorting out our grouping of news and hands-ons from major manufacturers, followed by some smaller device makers and a few one-hit wonders -- all tidied up just past the break.

In this article: berlin, berlin germany, BerlinGermany, exhibition, exhibitions, germany, hdpostcross, ifa, ifa 2012, ifa berlin, ifa berlin 2012, Ifa2012, IfaBerlin, IfaBerlin2012, mobilepostcross, show, shows, trade show, trade shows, TradeShow, TradeShows
All products recommended by Engadget are selected by our editorial team, independent of our parent company. Some of our stories include affiliate links. If you buy something through one of these links, we may earn an affiliate commission.
Share
Tweet
Share