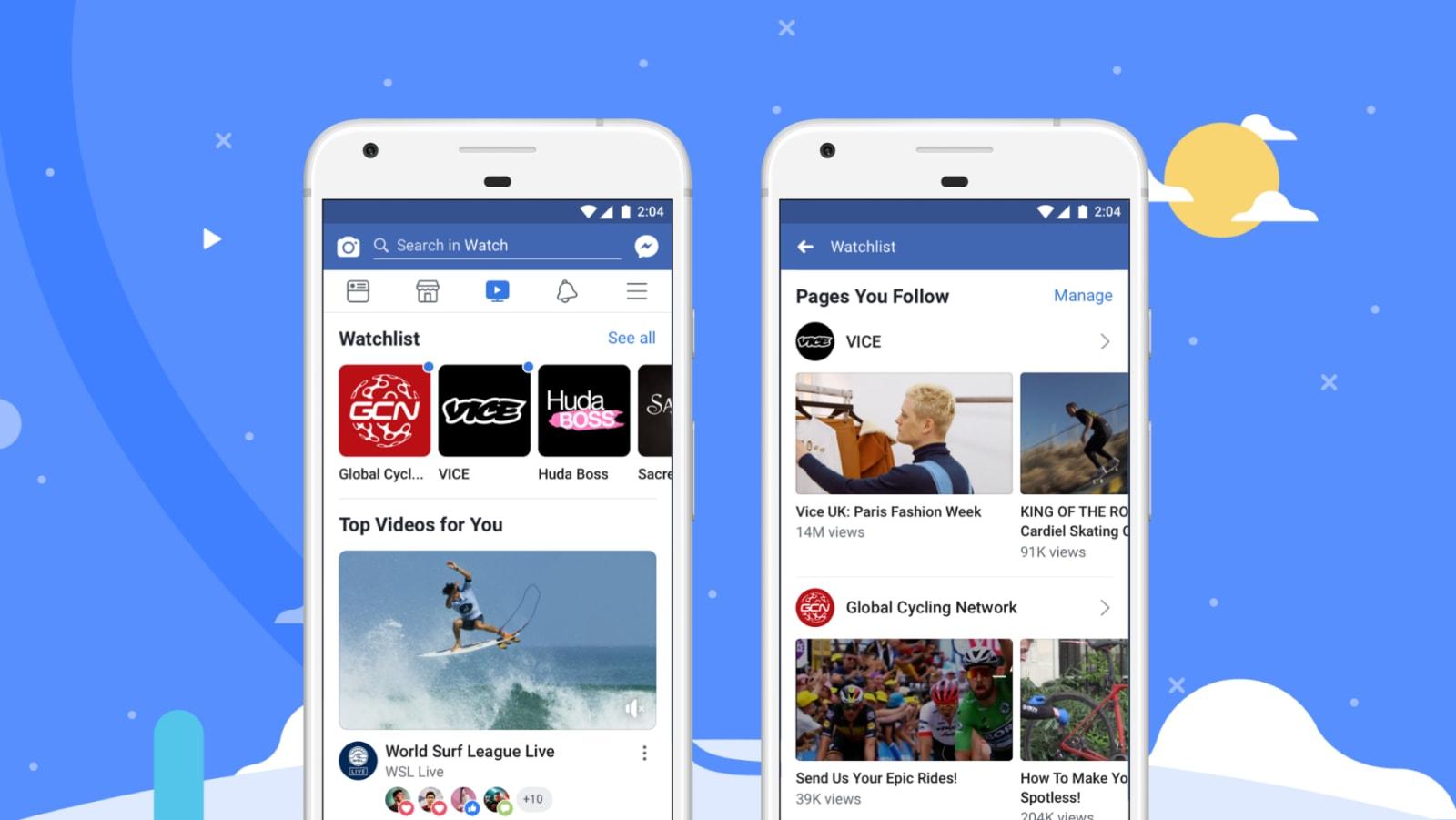 Facebook is still holding onto its dreams of Watch as a place where people can connect "more deeply" over videos. According to the company, 720 million people tune into Watch monthly, and 140 million people spend at least one minute on Watch daily. On average, those daily visitors spend more than 26 minutes on the platform. Now, Facebook says it's preparing to launch new content.

Tomorrow, the rebooted MTV's The Real World debuts in the US, Mexico and Thailand. In July, Facebook Watch will premiere Human Discoveries, a cartoon comedy starring Anna Kendrick and Zac Efron, and in August it will deliver the next seasons of Ball in the Family, Curse of Akakor, Five Points and Huda Boss. Its fall lineup includes Kerry Washington's Sorry For Your Loss (Season 2) and the premieres of The Birch, a 15-episode monster series, and Limetown, a mystery series starring Jessica Biel.

In its first year, Facebook Watch did stumble a bit, reportedly slashing its budgets for news shows and cutting the number of MLB games it will stream. With these latest viewership numbers and new content announcements, Facebook seems to be promising that Watch is here to stay. It's worth taking that with a grain of salt, though, as Facebook has been accused of lying to advertisers about video stats in the past.

In this article: anna kendrick, av, ball in the family, business, curse of akakor, entertainment, facebook, facebook watch, five points, huda boss, human discoveries, jessica biel, kerry washington, limetown, MonthlyActiveUsers, new content, sorry for your loss, the birch, the real world, viewers, viewership, zac efron
All products recommended by Engadget are selected by our editorial team, independent of our parent company. Some of our stories include affiliate links. If you buy something through one of these links, we may earn an affiliate commission.