The P20 Pro and Mate 20 Pro were surprise hits.

Huawei has become one of the most recognizable consumer-tech brands in the world in a relatively short period of time. It's among several Chinese companies that reaped the rewards of an explosion in smartphone sales in its home nation, taking that momentum and branching out internationally. Still, Huawei's felt sort of like the New Balance of the smartphone world -- a tier-two brand that isn't quite as cool as Adidas (Samsung) or as desirable as Nike (Apple). But in 2018, something changed.

This summer, Huawei supplanted Apple as the second biggest smartphone manufacturer in the world, behind Samsung -- a claim it's held on to as we moved into fall. That's not something that happens overnight, nor is it the result of one game-changing, must-have product. In fact, Huawei has historically failed to create anything truly memorable or compelling. Its success has more been a product of churning out satisfactory smartphones at high volumes.

The company is strangely transparent and unabashed when it comes to device strategy. Last year Huawei launched, well, a MacBook. Sorry, MateBook. Over the past six months, it's also pretty much cloned the Google Home and Apple HomePod smart speakers, at least in terms of general design. For, er, inspiration, Huawei looks at what other consumer-tech brands are doing and then gives the people what they want with a Huawei remix.

This trickle-down effect is more subtle in the smartphone space. To oversimplify, every handset is a puzzle of screen, cameras, processor, battery and shell. But I can't count the number of times a colleague or I have seen a Huawei phone and said something like, "Oh, so it looks a lot like the [insert Samsung model here]." Or "the bokeh feature is just like the iPhone Portrait mode," to give a more specific example.

This cat-and-mouse game is something all phone manufacturers play to some extent. Huawei just happens to be particularly good at it. That's why it's now No. 2 -- that and its aggressive approach to pricing. Whether it's Huawei proper or the Honor sub-brand, the message is usually that you needn't compromise on features or break the bank. It jumps on the bandwagon and starts charging half price for tickets.

Back in 2016, Huawei partnered with Leica, which was/is kind of a big deal. Leica is a well-respected, extra-premium camera company -- in other words, not the kind of brand you expect to associate itself with smartphones. Nothing really changed though. There was no huge shift in perception, though we did begin taking the Huawei camera experience more seriously -- even if the most notable feature was monochrome sensors and the native black-and-white scenes it could paint.

Last year, Huawei wheeled out a couple of routine devices -- no change there then. But this spring, the P20 Pro was announced, and it seemed like all of a sudden, Huawei really came to play. It was easily the best device the company had ever made and arguably the best Android phone on the market, period. Beneath that gorgeous, unique Twilight finish, it was a flagship through and through.

It didn't just measure up against the iPhones and Galaxys though. Its triple-camera system basically set a new standard for smartphone photography. Huawei had become the benchmark for once, and it wouldn't turn out to be a random fluke either.

Cut to fall flagship season, when we saw new handsets from Samsung, Apple and Google. The Galaxy Note 9, new iPhones and Pixels are all great smartphones in their own rights, and there's enough variety in their design and ethos to make any one of them a great buy. And then Huawei launched the Mate 20 Pro.

It took everything good about the P20 Pro and improved on it. In addition to its curvier, more-refined design, Huawei somehow tweaked the multicolor Twilight finish to make it appear even more luxurious. The Mate 20 Pro's triple camera system includes a new ultra-wide-angle lens for what are almost instant panoramas. Throw in Huawei's latest processor and we have another flagship that goes beyond being merely competitive.

Huawei went beyond its rivals with features like an in-display fingerprint reader -- a rare sight outside China. The Note 9 and Pixels stuck with traditional sensors while Apple gave up on Touch ID awhile back.

The Mate 20 Pro also has something no other phone does: reverse wireless charging. Granted, being able to push power to other devices from your phone isn't a feature that will be used every day, if ever. But at a time when there is little separating the flagship smartphones of major brands, Huawei is differentiating itself. It's giving you that extra feature or two -- that friendly nudge in its direction.

That's particularly important when high-end smartphones are getting more expensive every year. In 2016, the iPhone 7 Plus cost between $769 and $929. This year's iPhone XS Max starts at $1,099. Before Galaxy Note 7s began exploding, they were selling for $849 and up. Two years later and at launch, the cheapest Note 9 was $999.

The Mate 20 Pro isn't cheap, of course, with an £899 price tag (roughly $950 before tax) in the UK. There are a bunch of holiday sales going on at the moment, throwing straightforward comparisons out of whack. The Pixel 3 is currently discounted from £739 to £639, for example; the Note 9 is also £100 cheaper at £899; and the iPhone XS is holding steady at £999 and up. This should give you a general idea of where the Mate 20 Pro sits, with the point being you want as much bang for your buck as possible when you're approaching four-figure prices -- even if that manifests in something strange like reverse wireless charging.

Huawei may have captured attention with its smartphones this year, but it hasn't all been rosy. US carriers don't want anything to do with the company, and Best Buy has ditched its wares, fueled by the government's fear that Chinese products pose a security risk. Right at the start of the year, intelligence officials including the heads of the CIA, FBI and NSA warned consumers off the brand. Furthermore, the Pentagon has banned the sale of Huawei devices at military bases, and government employees are prohibited from using the company's phones.

When the P20 Pro was released, we called it "the best phone you'll never buy." From a purely consumer perspective, Americans are missing out on some potent devices. And for Huawei, it seems destined to continue to struggle to crack a huge smartphones market.

Countries across the world are also refusing to work with Huawei on 5G infrastructure. The UK government is worried specifically that the company's telecoms software is reaching end of life, giving more weight to the opinion it can't be trusted to build secure networks. Huawei's telecoms business and consumer-facing smartphones are poles apart, of course, but as we've seen in the US, there's a shared, uneasy perception of the two. 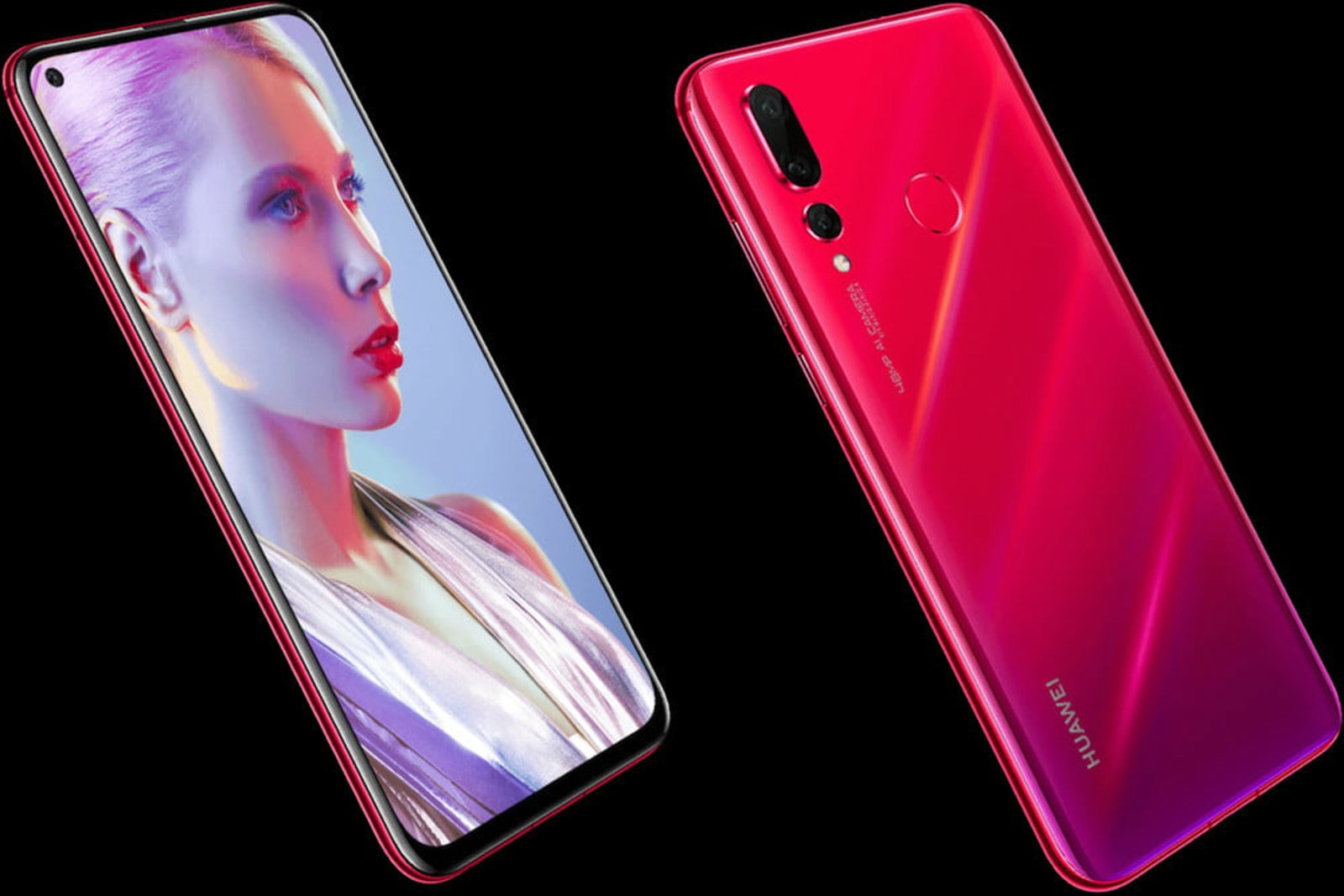 In recent drama, Huawei CFO Meng Wanzhou was arrested in Canada (she's now out on bail), having been accused of fraud and violating US trade sanctions on Iran. A couple of public self-inflicted screw-ups happened this year, too, including a classic case of cheating benchmarks and the always entertaining getting caught passing off DSLR photos as smartphone snaps.

Those bumps in the road aside, Huawei continues to experiment with new smartphone styles as we move into a new year. The company has just launched a new notchless slider phone in China, the Honor Magic 2, and has developed a couple of devices with a small "punch-hole" notch for the front-facing camera: the Huawei Nova 4 and Honor View 20.

Huawei's also hard at work on a foldable phone, which could well be the next step in smartphone evolution, and rumor has it the upcoming P30 Pro will have no less than four rear cameras. This year, we got the excellent and unexpected P20 and Mate 20 Pro, and we look forward to seeing whether Huawei can carry that momentum into 2019.