The Morning After: Sony reschedules its PS5 showcase for Thursday

Engadget
@engadget
June 9, 2020 7:35 AM
In this article: themorningafter, newsletter, gear

We’ll see how other business leaders and politicians respond, and whether this represents any kind of turning point in the deployment of facial recognition.

The pre-taped stream will be available in 1080p running at 30 fps.

After postponing its showcase last week amid widespread anti-racism protests, Sony will debut its PlayStation 5 showcase on Thursday afternoon. The company is apparently planning to show off about an hour’s worth of next-gen games, although whether or not we’ll see the system itself is unknown. Check back at 4 PM ET / 1 PM PT / 9 PM BST on the 11th to find out what’s in store.
Continue reading.

The new Sonos app and S2 update are available now

Opening a divide between new and old devices.

This S2 app is the only way to control Sonos’ latest slate of speakers, including the Sonos Arc, Sonos Five and the updated Sonos Sub. Besides a new tan icon and a cleaned-up user interface, the new software adds support for Dolby Atmos on the Sonos Arc and, in the future, other high-resolution audio formats.

Things will get tricky if you have older equipment in the mix. If you own “legacy” Sonos devices, such as first-generation Play:5, first-generation Connect or Zone Players, you’ll have to keep the S1 app on your phone if you want to continue using them.
Continue reading.

The battle is tentatively planned for July.

It definitely sounds like at least three movies I wish I never saw, but it’s now turning into a real thing. Next year, the US Air Force will test out an autonomous fighter drone designed to take down a human-piloted plane.

A lot of the details about the drone itself are classified, but the Air Force Research Laboratory (AFRL) has been working on an autonomous fighter jet since 2018. The team is apparently confident that the AI machine will best its human competition.
Continue reading.

Up your presentation game with these HD templates 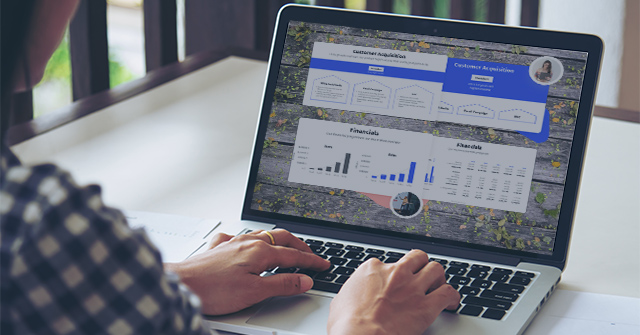 'Final Fantasy VII Remake' and the curse of remade soundtracks

Dust off your CD drive.

Mat Smith (well, me, one of the authors of this newsletter) gets overly excited about the incredibly dense soundtrack that launched alongside Final Fantasy VII Remake. Why can’t he stop listening to the same melodies, remade and remixed?
Continue reading.

The Chinese painting style called Xieyi literally means “writing ideas” and marries the freehand techniques of calligraphy, line drawing and shading. It might be the last thing you’d expect to see put through the AI wringer, but here we are.

Engadget Deals: The new MacBook Air is on sale for $900 at Amazon

What's on TV this week: 'Artemis Fowl' and 'Pokémon Journeys'

'Need for Speed Heat' is the first EA title to offer cross-play on PC, PS4 and Xbox One

'Chernobyl' director will helm HBO's 'The Last of Us' pilot

Engadget Deals: Bose's 700 headphones are on sale for $299 at Amazon

All products recommended by Engadget are selected by our editorial team, independent of our parent company. Some of our stories include affiliate links. If you buy something through one of these links, we may earn an affiliate commission. All prices are correct at the time of publishing.
View All Comments
The Morning After: Sony reschedules its PS5 showcase for Thursday