The Electronics Entertainment Expo is basically New York Fashion Week for the joystick crowd, five days brimming with an overwhelming number of media briefings and new game announcements. And now, E3 is upon us once again.

Despite Walmart Canada's leak of alleged product listings last month, there are still a lot of question marks for this year's show. As always, the Engadget crew will be on the ground, bringing you all the news as it unfolds in downtown LA. Sony has come out and said not to expect a new hardware announcement from its keynote this year. Microsoft and Nintendo both released new consoles in the past year, too, so barring any wild surprises, this should be the first E3 in a while that's all about software. You know, the reasons we buy gaming consoles and PCs to begin with.

Late last year, Microsoft admitted that its first-party offerings were thin, and that to remedy its lack of exclusives, it would begin buying studios and games. That was six months ago, so expect to hear some news on that front. We're all but guaranteed to hear even more about developer Rare's plans for keeping Sea of Thieves players busy, too, now that its first expansion is out. 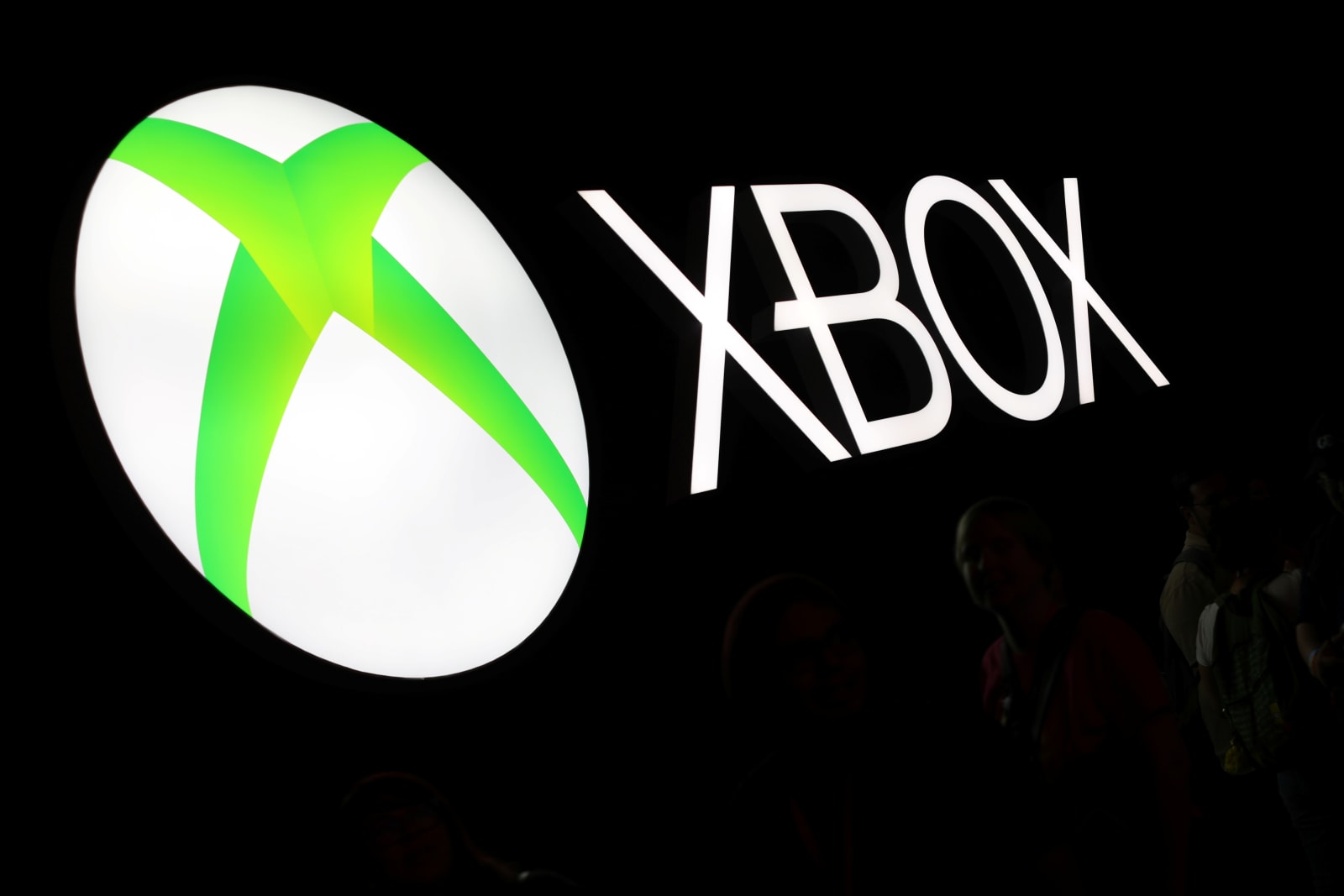 We haven't heard anything about Crackdown 3 in awhile, and Microsoft promised that'd be out in time for spring. Redmond has been making a lot of noise about putting its first-party titles on its Game Pass subscription service day and date with retail, and at this point, Xbox chief Phil Spencer (or new head of Microsoft Studios Matt Booty) taking the stage and announcing that Crackdown 3 is available to play for Game Pass subscribers during E3 week wouldn't be shocking at all.

Updates about trippy E3 keynote-alum We Happy Few from Compulsion Games and Ori and the Will O' the Whisps from Moon Studio are solid bets as well. There's even a chance we'll finally have a release date for the perpetually delayed Below from Capy.

That Walmart Canada product listing had a few Microsoft games on it too. Namely, a new Forza Horizon and Gears of War 5. The timing is right (and expected) for the former, but typically Microsoft alternates between Gears and Halo. We haven't had a new Halo since 2015's lackluster Halo 5: Guardians, and Gears of War 4 was released in 2016. Here's to hoping Microsoft is switching things up to give Master Chief's next adventure extra time in the oven. There's a new rumor, however, that Microsoft will bring Halo to the show this year, with a sequel named "Infinity."

Of course, Microsoft's keynote will likely be a place for third parties publishers to debut their games. Judging by past media briefings, more info on Metro: Exodus; Shadow of the Tomb Raider and EA's stab at a shared-world shooter, Anthem wouldn't be unexpected. Whatever happens, you can follow along with our liveblog this Sunday.

Sony has already had a hell of a 2018, with Shadow of the Colossus, God of War and Detroit: Become Human all released before June. What will the rest of the year look like for PlayStation owners? Well, Sony says it's taking a different approach to E3 this year. Rather than inundating the audience with trailer after trailer like years past, the company will instead do deep dives on Death Stranding, Ghosts of Tsushima, The Last of Us: Part II and Spider-Man.

The latter will be available this September 7th, but so far, the other three don't have release dates attached to them. With how long Death Stranding has been in development and how barren the rest of Sony's holiday looks, maybe we can expect to play that this year. Or not: Developer Hideo Kojima notoriously takes his time making games, so that slipping into next year might not be too surprising.

The Last of Us: Part II (below) debuted in late 2016, and Sony released a new teaser for the sequel last October, showcasing an even more brutal side of studio Naughty Dog's verdant apocalypse. Again, sans release information. We saw Tsushima for the first time at the same October event. Given that developer SuckerPunch's last game was 2014's Infamous: Second Son, the timing could mean a fall release window for the samurai story. The company also has Days Gone and Dreams, in addition to a slew of VR games, but showed those off already at a pre-E3 event. During an episode of the PlayStation Blogcast, Sony said that there would be updates from third-party partners at E3 as well. Again, based on past keynotes, those will probably entail trailers for Call of Duty, Battlefield V and Destiny 2. Rockstar Games has promised exclusive goodies for PS4 Red Dead Redemption 2 buyers, but Rockstar typically sidesteps dropping news during E3 so maybe don't hold your breath. Same goes for news on a brand new VR headset or PlayStation. We'll be liveblogging though, in case there any surprises.

Nintendo arguably has the most excitement going into E3 this year. The Switch is selling extremely well and new games are being announced for it seemingly every day. The company has already prepped the launchpad by saying that there's going to be a big focus on Super Smash Bros., replete with a tournament in LA during E3 week. All eyes will be on the Nintendo Direct Tuesday morning to see who among the company's classic characters made the roster.

One of the bigger rumors though, is a new racing game featuring the cast of Star Fox, potentially called Star Fox Grand Prix. If you remember Diddy Kong Racing from the N64, you should have an idea of what to expect.

Last year Nintendo teased out a new game in Yoshi's adorable universe as well, in addition to Metroid Prime 4 and we haven't seen much if anything new from either since. What we saw of Yoshi last looked like a somehow even more charming take on Woolly World from the Wii U, and honestly, there aren't enough games that look this delightful -- especially not at E3 -- so fingers crossed Nintendo gives it the spotlight for a bit. 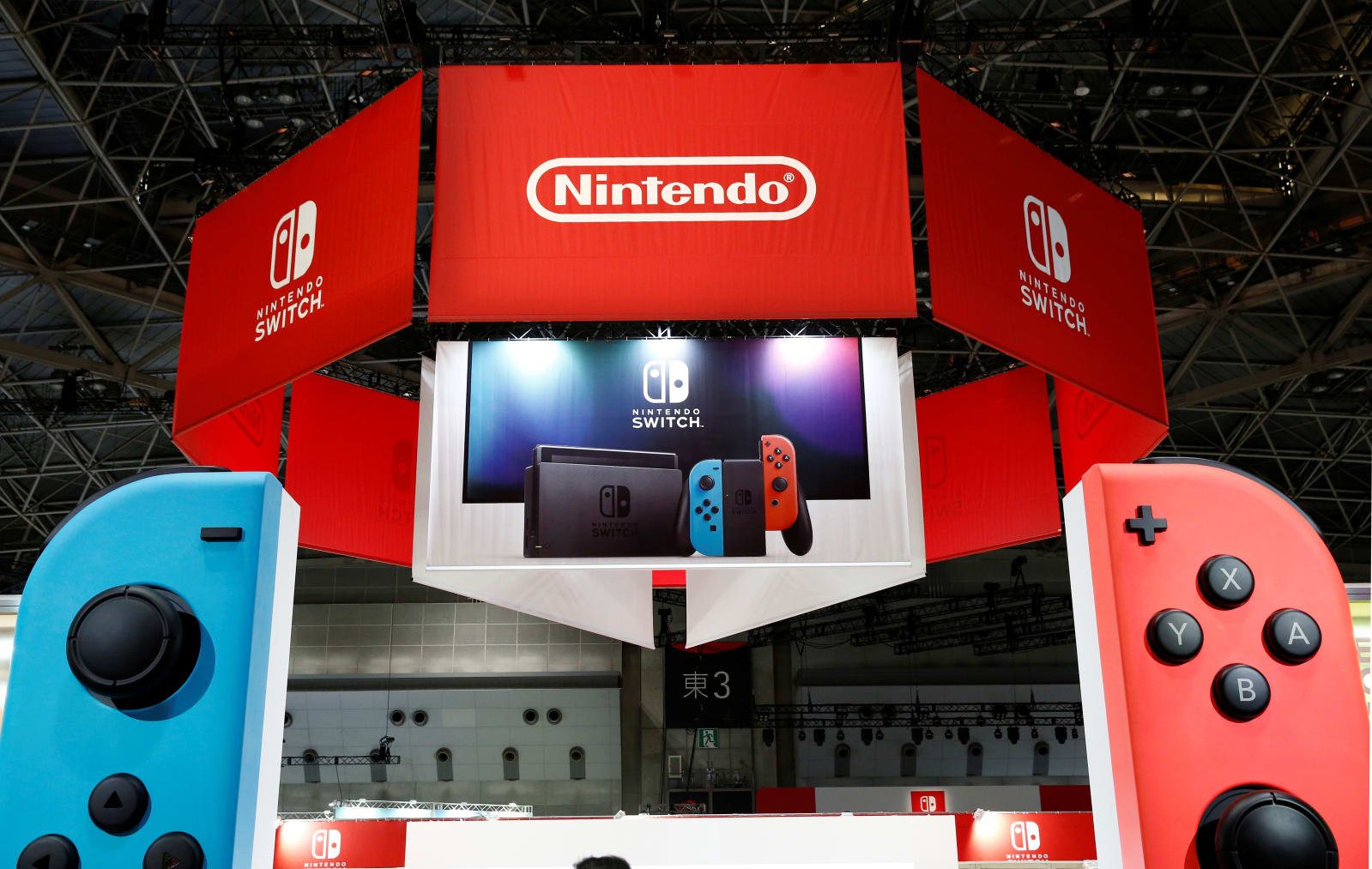 It's been 11 years since the last Metroid Prime game, and with the potential absence of Halo this year, Nintendo could do really well with a new sci-fi shooter/first-person puzzle game. We also haven't heard much from our favorite witch with guns for heels, either, so an update on Bayonetta 3 seems likely as well.

Of course, Nintendo will have some surprises in store. It's just that, well, with the company's reliance on its stable of original franchises, they're a little easier to predict. And with the Switch's unique console/portable form factor (and touchscreen) a new version of Super Mario Maker or Animal Crossing would make a lot of sense.

Nintendo already announced a few new Pokémon games, but expect to hear something about a new core entry to the long-running franchise it teased last year. It also mentioned a new Fire Emblem game without showing it off too at E3 2017. Both of those franchises that are more associated with mobile of late, and are good fits for the Switch. Fire Emblem especially has gotten even bigger since its last console release, the Wii's Radiant Dawn, in 2011.

There's also the chance we'll hear of even more existing games being ported over to the Switch. If Resident Evil 7 and Doom can run on Nintendo's modest hardware, who knows what's next. Given Fortnite runs on everything but your toaster at this point, it's not the craziest idea that Epic's battle royale shooter might make its way to the Switch.

Microsoft, Nintendo and Sony aren't the only ones at E3, of course. Bethesda, Electronic Arts, Square Enix and Ubisoft all have media briefings of their own this year. It's rumored that EA could bring back the Skate franchise, in addition to its usual lineup of shooters and sports games. It's also been an extremely long time since we heard anything about Criterion's next racing game. News on a new Fight Night would be incredibly welcome, too.

We already know Bethesda is going to show off Rage 2 and Fallout 76, but what else does the publisher have to offer? Well, DLC for last year's Prey 2 seems likely, as do updates on Quake Champions and Bethesda's VR plans.

But is 2018 the year when we head back to Tamriel for another single-player Elder Scrolls adventure? It's been three years since Fallout 4 -- the same gap between Fallout 3 and Elder Scrolls V: Skyrim -- so maybe this expectation isn't too far-fetched. We might also see something entirely new from Bethesda, like the long-whispered-about open-world sci-fi role-playing game (so many hyphens!), Starfield. Ubisoft made a huge splash last year with Beyond Good & Evil 2, a game so ambitious it doesn't have release platforms yet, let alone a release window. We've only seen bits and pieces of the game since, and still have so many questions, a good deal of which could be answered from the keynote stage.

The publisher has also been teasing the return of Splinter Cell, a franchise that's been on ice for five years. Protagonist Sam Fisher recently showed up in a Ghost Recon Wildlands mission and Splinter Cell: Conviction got the Xbox One backwards compatibility treatment, seemingly as a way to gauge how excited people would be for his return -- especially with original voice actor Michael Ironside.

Ubisoft has already confirmed a new Assassin's Creed, this one set in ancient Greece, and hey, no one would be mad if the publisher brought Rayman to LA, either.

Just Cause 4 from Square Enix was on the Walmart leak as well, so we might have a fresh physics-based revolution to take part in this fall, too. More wingsuits, please. There's also potential for more info on Dragon Quest games, including the Western version of Dragon Quest 11. What we're really excited about, though, are the prospects of a new Life is Strange. Original developer Dontnod has finished work on Vampyr and sat out while Deck Nine made last year's prequel story, Before the Storm (above). The studio has already tipped its hand a bit, saying writers were working on a sequel with a new setting and characters.

Of course, it wouldn't be E3 without an update on Kingdom Hearts 3, the perpetually-in-development sequel. Well, based on the media Square Enix has been releasing, it looks like we might actually play this at home in 2018. There's also the chance of footage of the company's Avengers game, and maybe, just maybe some more info about the Final Fantasy VII remake.

More than that, the rumor mill has gone into high gear about a Switch version of the game du jour, Fortnite. It's also sounding like we could see Agent 47 of Hitman fame come out of the shadows for a new sequel with at his new digs, Warner Bros. Interactive.

There are always a few surprises though, and assuming the games companies themselves (or the internet) don't accidentally spoil everything before next week, the show should be an exciting one. We'll probably even see the first uses of the raytracing real-time lighting tech that NVIDIA and Microsoft crowed about during GDC, too. But what do you want to see? Let us know in the comments below, and keep it locked on Engadget all next week for the show's biggest news.