The Morning After: You can buy a Boston Dynamics robot for $75k

The Boston Dynamics store is open, if you're in the mood to buy a robot dog.

Engadget
@engadget
June 17, 2020 7:15 AM
In this article: themorningafter, newsletter, gear

Enterprise software news isn’t usually how we’d start off your morning, but in a world where remote work is more common than ever, Google’s new partnership with Parallels is worth noting. The virtualization company is best known for making Windows software work on Macs, but now it’s going to do the same thing for Google’s cloud-connected Chrome OS.

More information is due in the “coming months,” before the partnership launches this fall, but if the only thing keeping your organization away from Chrome OS is access to Microsoft Office and other apps then that’s about to change.

The robot dog the internet loves is going on sale.

We’ve seen Boston Dynamics’ four-legged robotic dog, Spot, help triage patients with COVID-19, hold the door for a fellow bot, herd sheep and more. But until now, Spot was only available under short-term lease in Boston Dynamics’ Early Adopter Program. Now, businesses in the US can buy their very own Spot robots. Costs will vary, though.

The Spot Explorer, designed for developers looking to work with Spot, makes one robot available for $74,500. Additional batteries and add-ons, like LIDAR, can run from $4,620 to $18,450. Spot is meant for commercial and industrial use, and orders are subject to Boston Dynamics’ terms, which require “beneficial use” of the robots.
Continue reading.

The league’s ‘bubble’ will be full of wearable devices.

As the NBA moves toward restarting its season with players and other personnel isolated at Walt Disney World in Orlando, details of how it hopes to manage the people on site are leaking out.

The part specifically interesting to us — other than players-only lounges with NBA 2K to play and bracelets that beep if people are within six feet of each other for too long — is its proposed use of Oura’s smart rings. Earlier this month, a study suggested that physiological data from the rings, combined with information obtained from wearers via in-app surveys, can “forecast and predict the onset of COVID-19 related symptoms” three days in advance, with 90 percent accuracy.

According to The Athletic, use of the rings will be optional, and there’s no word on what other data will help track possible symptoms. ESPN reporter Zach Lowe says that if players wear the rings, team personnel will not have access unless it detects an “illness probability score” that triggers a medical review.
Continue reading.

It will be available from app stores and won't require any special equipment.

The FDA has approved the first video game in the country that can be prescribed as treatment. It’s entitled EndeavorRx, and while it’s not exactly comparable to your favorite AAA video games, it’s designed to improve the attention function of kids with ADHD. To be exact, it was developed for pediatric patients ages 8 to 12 with primarily inattentive or combined-type ADHD.

While users will be able to download it from their mobile devices’ app store — and it doesn’t need any special equipment — it’s intended for use as part of a therapeutic program, which could also include medication and other types of therapy.
Continue reading.

Stay cool this summer with these personal AC units 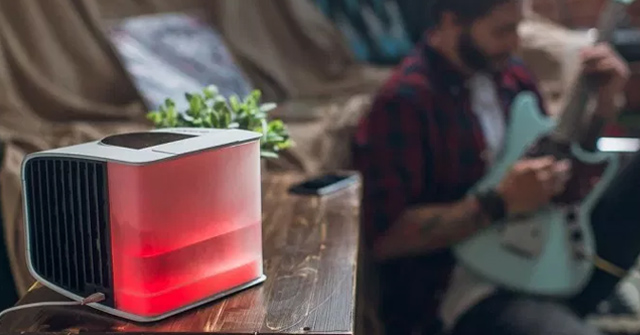 You should see fewer drops when you're juggling multiple tasks.

Google’s new update to its Nest and WiFi routers targets shakier connections. The upgrade should help devices move to faster WiFi radio channels, and help routers prioritize devices. Your kids’ YouTube viewing, for example, is less likely to hiccup when signals get dicey. You should also get the obligatory round of security and stability fixes. These features should reach Google’s routers automatically in the next few weeks.
Continue reading.

What to buy your dad who's hopelessly low-tech

'The Witcher 3' console players can claim a free PC copy

Soulwax and the hunt for an ultra-rare EMS Synthi 100

Microsoft has a fix for that annoying Windows 10 printer bug

All products recommended by Engadget are selected by our editorial team, independent of our parent company. Some of our stories include affiliate links. If you buy something through one of these links, we may earn an affiliate commission. All prices are correct at the time of publishing.
View All Comments
The Morning After: You can buy a Boston Dynamics robot for $75k