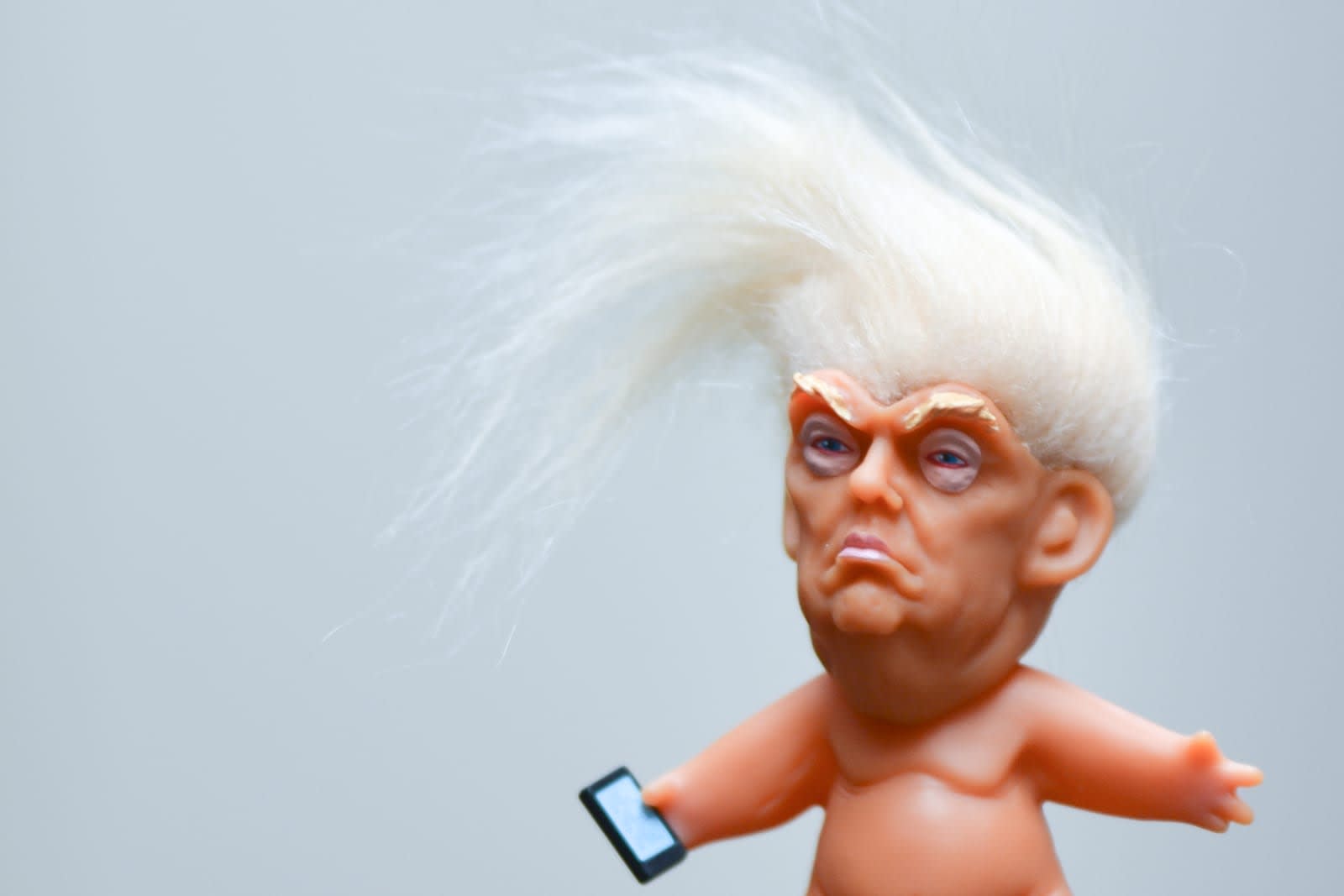 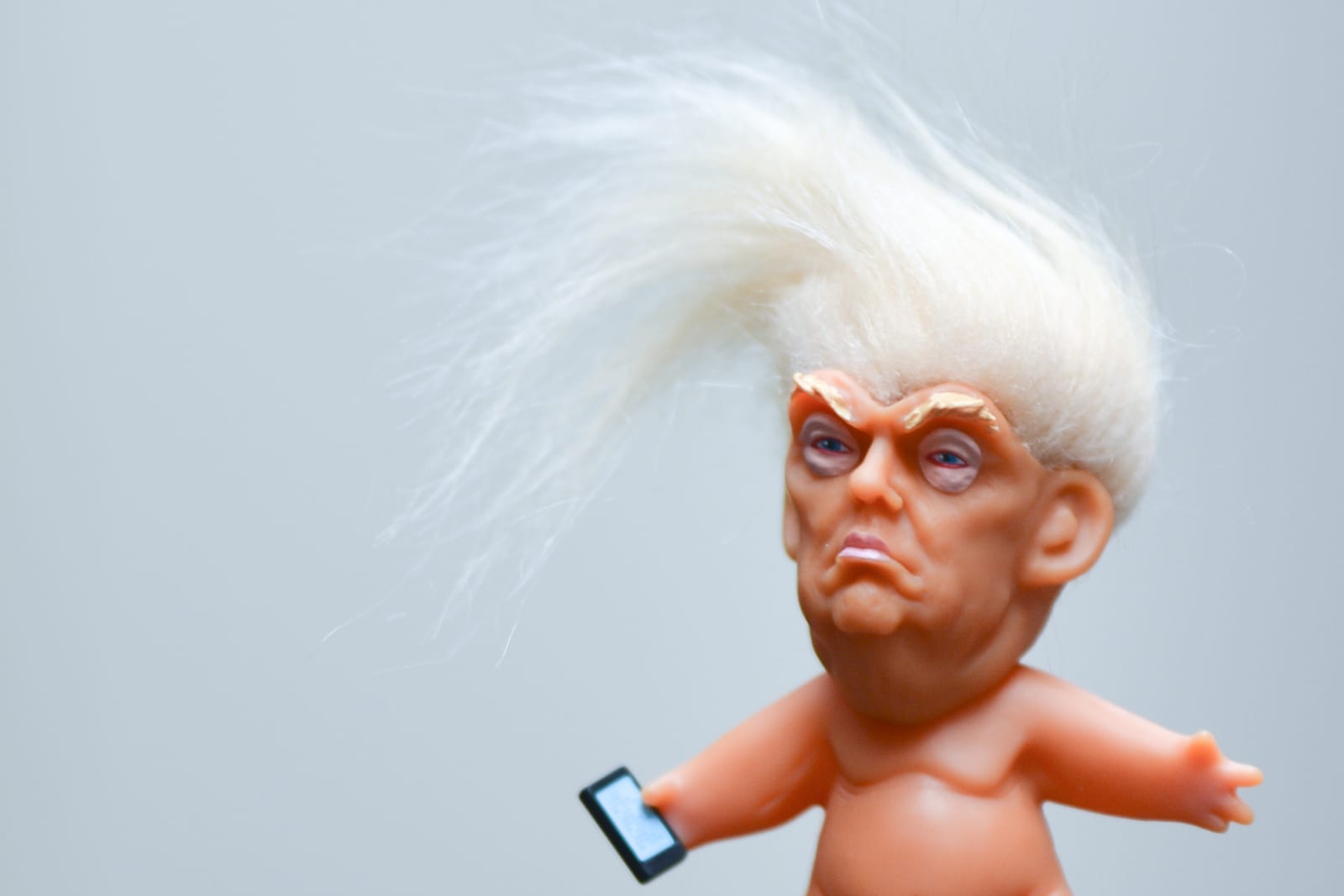 2016 was a dumpster fire of a year for Twitter. Abusive language and toxic interaction became the norm across the microblogging site as it saw a dramatic rise in activity from users on the far right and their crystallization into the alt-right movement. But for as painful as last year was for the company, 2017 has seen it steadfastly refuse to do little else but pour more gasoline on the flames. 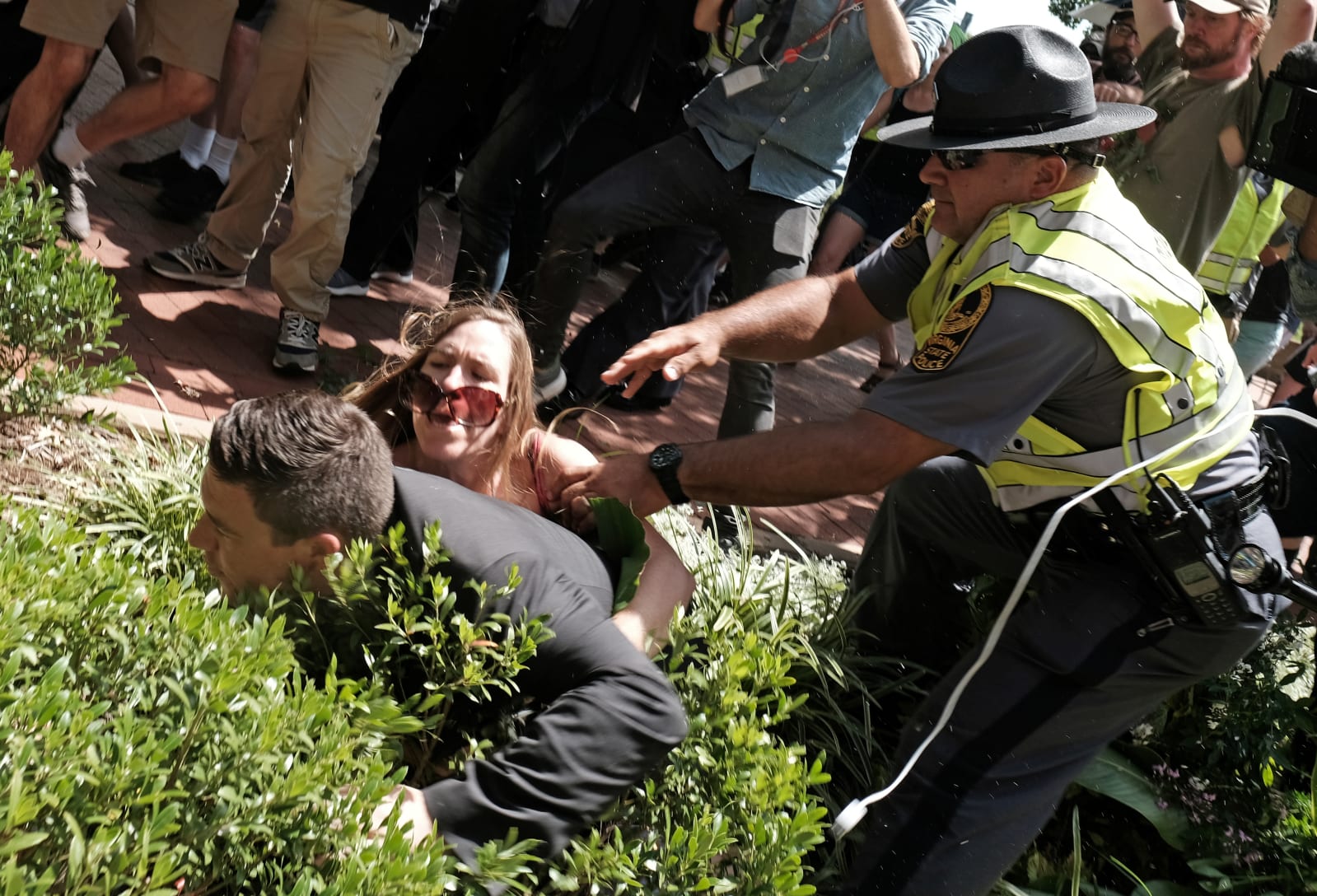 The face in the shrubs you see above is one Jason Kessler. You might remember him from the "Unite the Right" rally held in Charlottesville, Virginia, this past August. He was not only the event's organizer, he also made sure to weigh in on the death of protester Heather Heyer. After suspected Nazi sympathizer James Alex Fields Jr. plowed his vehicle into a crowd of people, Kessler took to Twitter to declare her a "fat disgusting Communist" and that her death was "payback." Kessler then doubled down on his actions, claiming "It was right to troll Heather Heyer. I media was depicting a marty [sic], not a human being."

But if the blue checkmark is more of a public service announcement indicating that the account is held by a public figure and not a status symbol, why is Twitter's verification so widely sought by the user community as a mark of legitimacy?

Furthermore, how did Twitter see fit to verify Kessler's account yesterday? This unusual action has many of the site's users questioning the move. According to Twitter support via CEO Jack Dorsey:

We should've communicated faster on this (yesterday): our agents have been following our verification policy correctly, but we realized some time ago the system is broken and needs to be reconsidered. And we failed by not doing anything about it. Working now to fix faster. https://t.co/wVbfYJntHj

The real question many are asking is whether Kessler's Twitter account does fit that definition. He's certainly made headlines over the past few months and become part of the public discussion on America's racial inequalities, even if sometimes that discussion is how to chase neo-Nazis from their own press conferences. Whatever opaque reasoning Twitter used in reaching its decision to verify his account, it was apparently wrong given the strength of the community's backlash. But instead of issuing an explicit apology to the community and revoking his checkmark as it had recently done (albeit temporarily) to conservative activist Laura Loomer, Twitter instead suspended the issuance of verification outright and tweeted the following:

Now, the problem isn't so much that Twitter can't sufficiently explain how its verification process works or why it chooses the accounts that it does approve, nor is it so much the company's mealy-mouthed nonanswers when situations like this arise. These are both significant issues, to be sure, but they're only part of a larger problem: the fact that Twitter can't seem to stop making matters worse. These faux pas keep happening, the "inadvertent" errors flowing nearly as freely as anonymous death and rape threats, and it needs to stop.

Muslims are out in full force at the scene of the NYC #ISIS attack today rubbing it in everyone's face. Aimlessly walking around in hijabs. pic.twitter.com/UV0DOikmJy

This is not the first time that Twitter has made questionable decisions regarding who it verifies. Alt-right leader and famed punch-receiver Richard Spencer earned himself a blue check, as has professional crank/Infowars host Alex Jones. Heck even Laura Loomer, the conservative activist who got caught crowdfunding her bail before being arrested for interrupting a Shakespeare in the Park performance, used to be verified. It was only after she creep-shotted a pair of Muslim women and complained of NYC's lack of non-Muslim cabbies was she temporarily stripped of her check. Milo Yiannopoulos, actor James Woods and conspiracy theorist Mike Cernovich are other controversial figures that have been verified at one point or another.

But not Julian Assange.

Despite Wikileaks' continued demands that members of its organization be verified, Twitter's blue check has remained as elusive to Assange's account as life outside of an Ecuadorian embassy closet has remained to its owner. So what is the difference? If Twitter's argument that verification isn't an endorsement any more than retweets are is true, then why are incendiary users like Yiannopoulos granted elevated status on the site while Assange is relegated to the unwashed masses? If the verification check doesn't also carry clout, why was Laura Loomer so peeved when her account was temporarily unverified?

Even when Twitter does take action against abusive users, it's often little more than a slap on the wrist for verified accounts. Take Roger Stone, for example. His account was recently perma-suspended after he publicly threatened CNN news anchor Don Lemon, demanding that he be "confronted, humiliated, mocked and punished." This wasn't even the first time that Stone has had his account locked. In April, he threatened Media Matters communications director Laura Allison Keiter. "I'm watching you and know what you're up to. Better watch your ass," Trump's former adviser tweeted.

Yiannopoulos was even worse. Before his account was banned in July, Yiannopoulos, among his other sleazy escapades, led a concerted harassment campaign against comedian Leslie Jones over her role in the Ghostbusters reboot, forcing the SNL star to temporarily quit Twitter. It only took publicly posted photographic evidence of Tila Tequila's Nazi salute to get her account canceled. And even when alt-right leaders like Richard Spencer do get put in Twitter timeout, it's not often for long.

Twitter appears to have largely turned a blind eye to these conservative antics, even when they're coming from the Oval Office bathroom at 3 in the morning. President Trump has flouted Twitter's terms of service for years, yet Twitter remained oddly silent for a long time as to why his tweets, even those that obviously violated the site's terms of service, were allowed to stay -- and it's surely not because of the Covfefe Act.

"The rules are the rules," Twitter VP of Trust and Safety Del Harvey told reporters in July. They just only apply to the president some of the time, it seems.

That's not to say Twitter has been sitting on its hands all year. The company did recently find and ban hundreds of accounts linked to Russian-backed actors who used the site to potentially sway the 2016 presidential elections. And only 11 months after the fact. Twitter has also made efforts to prevent third-party developers from leveraging its data for surveillance tools, stepped up monitoring and banning for terror-related accounts (935,000 of them since 2015, in fact), and tweaked notification and privacy settings to help reduce the number of abuse users have to take regularly. But despite these efforts, the site remains littered with Nazis and abusive bots of unknown origin.

Twitter's response to abuse issues has often been too little, too late, the company admits, which explains why it let Rob Kardashian's revenge-porn photos remain live for a half hour before removing them. And, more often than not, these efforts are started only after massive public outcry. When actress Rose McGowan came forward with her account of sexual assault at the hands of Hollywood mogul Harvey Weinstein, Twitter saw fit to suspend her account. It wasn't until the #WomenBoycottTwitter movement took off did Dorsey respond with platitudes about improving the site's abuse controls.

To its credit, Twitter has taken concrete actions toward making good on Dorsey's promises. The company has increased its scrutiny of abusive behavior, become more transparent about the efforts it is undertaking to curb harassment, clarified its rules on which behaviors will be banned and even teamed with the Anti-Defamation League to stamp out abuse across the internet.

Yet, even as it tries to clean up its site (and reputation), Twitter seems incapable of making it through a workweek without making dubious judgement calls. From its ad hoc account banning to borking search terms to exclude LGBT content, but allow for "white genocide," Twitter just can't get out of its own way.

Indeed, many of the company's newest features aren't anything the user community has actually asked for. There are no plans for an edit button but now you'll get notifications for ongoing events at the top of your timeline for some reason. The site is overrun with wannabe Nazis, so of course Twitter has been hard at work developing a Save for Later feature and has made it easier for you to slide into the DMs of corporate brands. And who has time to develop systemic protections against anonymous death and rape threats when you're busy figuring out how to DM orders to Denny's before you arrive and redesigning default avatars?

And which genius thought that a 280-character limit was the answer to literally any shortcoming of the site? Congratulations, everybody, now every Twitter Nazi and Proud Boy will be able to really dive into the nuanced reasoning behind their desire to exterminate minorities.

In the end, maybe these aren't bugs but rather features. Twitter is a business; its value is based on the volume of its use, not the quality of its interactions. But we appear to be quickly reaching a breaking point within the user community where the hassle of being on the site outweighs the benefit of actually using the service. We've already seen a number of major accounts wash their hands of the site, and unless the company wants to hire Kevin Durant to supplement its MOA numbers, Twitter needs to stop making excuses and start making progress.