The Morning After: WWDC 2020 keynote roundup

iOS 14, Apple's custom silicon plans and what's next for CERN.

The first day of Apple’s developer event is over — get your roundup of everything unveiled right here — and, eventually, its use of Intel CPUs will be, too. While Apple’s switch to using its own processors for macOS PCs is going to take a couple of years, some currently relevant news came out just after its keynote ended.

Mere hours after resolving a dustup over the Hey email app, Apple is apparently open to receiving challenges from developers over App Store guidelines they take issue with. Also, its website reveals that with the next version of tvOS, its Apple TV 4K will finally support 4K YouTube streaming. And last but not least, Find My iPhone is turning into Find My anything as it released specs for third-party devices to become part of its network.

Apple ditches Intel for its own processors in Macs

Confirming all those reports, Apple announced its shift from Intel chips to its own custom-made ARM processors. The Apple silicon project is all about creating powerful, energy-efficient processors, which should mean that future MacBooks will have far superior battery life than we're accustomed to these days.

The chips will have deep integration with macOS Big Sur. All of the company’s own software can already run as native apps on Apple silicon-based Macs, including demanding tools like Final Cut Pro. Microsoft has also gotten the Office suite to work natively on Apple silicon, and Adobe is doing the same for Creative Cloud apps.

When will you get to use a Mac with Apple silicon inside? The company says it'll take about two years to fully make the migration to silicon, with the first Apple silicon systems likely to ship later this year. Weirdly, Apple says it’s still making Intel-based Macs for now, if that’s your jam.
Continue reading.

It's been a long time coming.

Apple is getting a little more flexible when it comes to iPhone homescreens. Widgets are here. Yep, Android phones have had them since the halcyon days of 2011 or so. The iPhone and iPad did have a dedicated screen for widgets for years, and last year Apple let iPad users pin a column of widgets to the home screen. Now, iOS 14 will let you place widgets pretty much wherever you want. Widgets now have multiple sizes so you can customize the content to fit your screen properly. There’s also something called a “smart stack,” which lets you put multiple widgets in one space so you can swipe through to see different content quickly.

App clips is another big idea from Apple. Rather than make you install a full app to get functionality you need, it quickly installs a portion of the app that you might need to, for example, rent a scooter. Clips don’t show up on the home screen and don’t stick around after you’re done (unless you want them to). You can launch them using NFC or QR codes, making them ideal for specific locations.

Messages is also changing, helping it to go toe-to-toe with WhatsApp and the rest of the competition. This includes more streamlined group chats, inline replies and the ability to pin your most important conversations.

Other upgrades incoming with iOS 14 include an offline translator that uses machine learning to translate speech on the fly, as well as a more subdued Siri voice assistant that doesn’t take up the entire iPhone screen. And if you like Memojis, there are new face-mask options coming. Naturally.
Continue reading.

Blink and you’ll miss it.

Starting with iOS 14, the company will allow users to change their default email app and web browser. Weirdly, it wasn’t discussed onstage, but cropped up in a quick slide during the keynote.

It’s something Android users have been able to do for a while, and the lack of the feature hasn’t stopped most of us  from making Chrome and Gmail defacto apps on the iPhone. This just makes things less of a headache.
Continue reading. 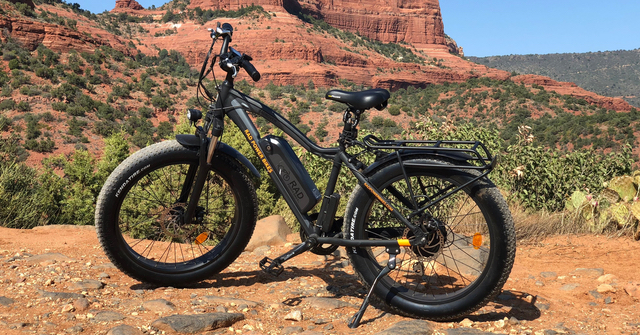 This year’s car key tech is just the first iteration.

For an even more thorough bit of platform lock-in, Apple will roll out “digital car key” tech that enables your iPhone or Apple Watch to unlock compatible vehicles. At first, it will work via NFC and even allow users to “share” their keys via iMessage or disable a key via iCloud if they misplace a device. Next year, Apple says the tech will work using their Ultra Wideband tech, so users can unlock a nearby car without even taking the phone out of their pocket.

CarPlay users are also getting an update, with the addition of apps for EV charging, food delivery and parking. Plus, they can finally personalize it a bit with a custom wallpaper.
Continue reading.

They hope to begin construction in 2038.

The Future Circular Collider (FCC) would smash particles together with over 100 TeV of energy to create many more of the elusive Higgs bosons first detected by CERN in 2012. This “Higgs factory” would be key to helping physicists learn more about dark matter and other mysteries of the Standard Model of physics.
Continue reading.

What's on TV this week: 'Star Wars Episode I: Racer' and 'Twilight Zone'

Spotify is bringing back the Summer Rewind playlist

Valorant's ranked mode will return soon with some welcome changes