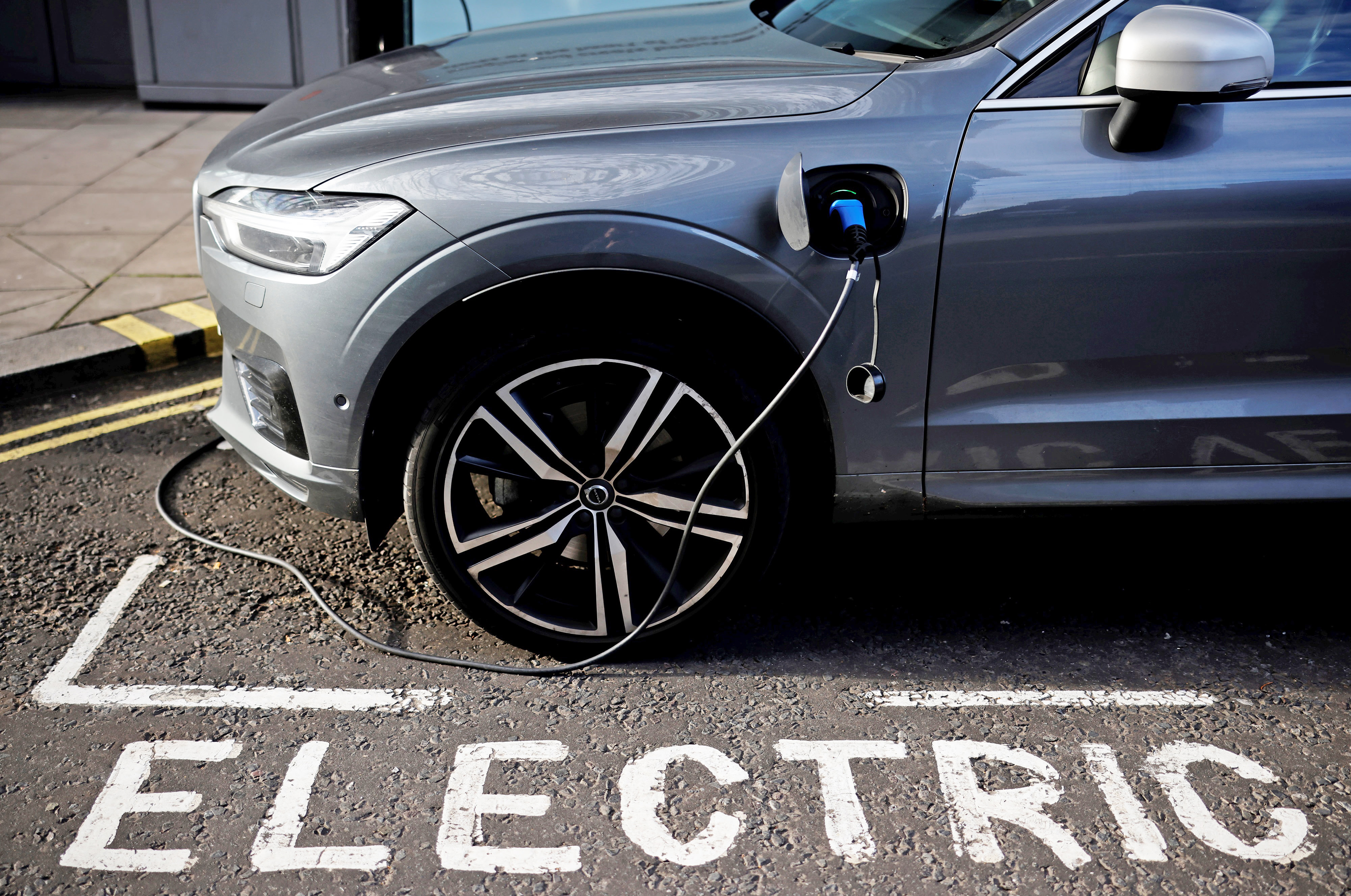 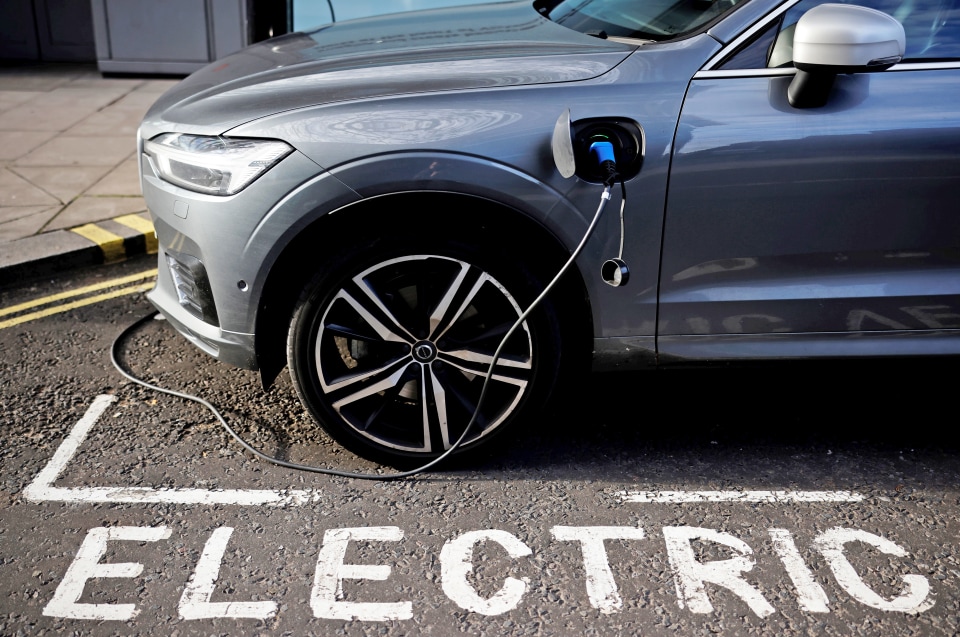 This year has made clear that the internal combustion engine’s (ICE) days are numbered. 2020 saw explosive growth in the automotive industry’s EV segment, with nearly every major manufacturer and brand group announcing, unveiling or debuting new and upcoming electric vehicles. Tesla managed to retain its position at the head of the market this year but its lead over rivals is shrinking as automotive stalwarts like GM, Fiat Chrysler, Hyundai Motor Group and the Volkswagen Group all jump into the EV fray. 2020 saw more than just new EV models, though: The battery technologies that power them and the transportation infrastructure that leverages them enjoyed some impressive advancements of their own.

Though it did not meet as many historic milestones as SpaceX did in 2020, Tesla still managed to get itself onto the S&P 500 market index, set quarterly vehicle delivery records (and is on pace to meet its year end goal of 500,000 deliveries), as well as make founder Elon Musk an obscene amount of money.

Among the company’s notable accomplishments, Tesla extended the range of this year’s Model Y to more than 400 miles per charge -- that’s a 20-percent improvement over the 2019 model — as well as increasing its acceleration and lowering its price. Tesla also began delivering its new Model Y in March (including the company’s millionth vehicle) and rolled out a three-row, seven-seat option in early December. Unfortunately, the company’s long awaited electric Semi won’t see the light of day in 2020; Musk announced in April that its release has been delayed until 2021. However, Semi production is already beginning to ramp up in advance of that goal.

“It’s time to go all out and bring the Tesla Semi to volume production. It’s been in limited production so far, which has allowed us to improve many aspects of the design,” Musk wrote in a leaked email seen by CNBC.

Tesla made additional headlines in September during its Battery Day event when the company announced plans to develop a new generation of less expensive, more capable batteries within the next two years or so, which could lead to Teslas costing as little as $25,000. Even more exciting, Musk took the opportunity to unveil a new 1,100 HP “plaid” Model S as well. It goes on sale in 2021.

The FSD price will continue to rise as the software gets closer to full self-driving capability with regulatory approval. It that point, the value of FSD is probably somewhere in excess of $100,000.

2020 has also seen a number of pricing shenanigans for some of Tesla’s more popular features. For example, In May, Musk announced via Twitter that the company’s forthcoming “full self-driving” package would become available in July for a whopping $7,000 -- a grand more than the company had initially quoted. And, true to Musk’s word, that price increased again in October to a cool $10,000 once the feature entered beta. Musk claims that once completed the FSD package could be worth as much as $100,000 — despite its capabilities being panned by Consumer Reports and earning mediocre scores from Europe’s New Car Assessment Program (NCAP). Tesla also kneecapped its used car warranty and eliminated its long-standing seven-day return policy for new vehicles without any real explanations as to why. That’s due in part to the fact that Tesla also axed its entire PR department this year, opting instead to just have Musk tweet through it.

Because what could possibly go wrong.

Tesla also helped found the Zero Emission Transportation Association, or ZETA, a 26-member lobbying group tasked with promoting and advocating the further adoption of EV technologies and services to lawmakers. We’ve already seen some significant movement towards EV tech at the state level with California moving to ban the sale of new ICE vehicles by 2035.

“This is the most impactful step our state can take to fight climate change,” California Governor Gavin Newsom said at a news conference in September. “For too many decades, we have allowed cars to pollute the air that our children and families breathe. You deserve to have a car that doesn’t give your kids asthma. Our cars shouldn’t make wildfires worse and create more days filled with smoky air. Cars shouldn’t melt glaciers or raise sea levels threatening our cherished beaches and coastlines.”

Washington, New York and Hawaii are considering similar regulations but the influence that ZETA will wield could see those and other EV-friendly proposals gain faster traction at the federal level. Similar ideas found little welcome during the Trump administration, which has waged all-out war on environmental protections and vehicle emission standards for the last four years. However the incoming Biden administration has already signalled that such actions will no longer take place once sworn in, which has prompted at least one auto manufacturer to drop out of the current administration’s ongoing legal battle over emissions.

2020 also saw the introduction and debut of myriad electric and hybrid models from the world’s top automakers. Volkswagen continued its post-dieselgate EV push with the unveiling of its $40,000 ID.4 EV SUV in September as the company’s answer to the Kia Niro EV and Hyundai Kona EV. In an interesting twist, VW has decided to primarily sell its ID EVs online, using local dealerships as facilitating agents rather than sales makers.

Volvo was deep in the EV game throughout 2020. Its subsidiary Polestar launched the Polestar 2 sportscar in August featuring the world’s first infotainment system to run on the new Android Automotive OS. Unlike the existing Android Auto app, AAOS does not merely mirror the content from a mobile device, it is integrated directly with the infotainment system itself. Volvo’s upcoming XC40 Recharge will offer a more sedate and straightforward iteration of AAOS when it hits dealerships in Q1 2021.

While Toyota has just begun to dip its toe into EV manufacturing in 2020 with a mysterious SUV slated for release next year, the Hyundai Motor Group (composed of the Kia, Hyundai, and Genesis brands) has taken to EVs like a fish to water. Earlier this month HMG showed off its new E-GMP electric vehicle platform upon which the company plans to base nearly two dozen new fully-electric models beginning with the Ioniq 5’s release next year. Unlike the Nero EV or Kona EV, both of which have been adapted from existing ICE models, these upcoming makes will be built from the ground up as pure EVs.

Trucks have been getting bigger, more energy & space consuming, more polluting, and much deadlier to everyone around them, including kids. Not because most of us actually need bigger vehicles, but as ego boosts, status symbols & “indicators of male virility.” HT @PickledEntropy pic.twitter.com/vnE08Hxhgk

American SUV and truck makers have proven surprisingly receptive to the idea of electrification this year, after decades of building ever bigger, heavier, thirstier work vehicles. GM was perhaps the most surprising with its October unveiling of the new Hummer EV “Supertruck”. Once synonymous with gas-guzzling inefficiency, the Hummer has been reborn as a green, 1,000 HP off-road adventure machine. And it’s only the start. GM plans to produce 30 new EV models by 2025 using the company’s recently developed Ultium battery technology. Though if you like the GM vehicle you already have but wish it ran on electrons, the company has also announced plans to sell EV retrofit kits starting in 2021.

Ford has similarly committed itself to electrifying its fleet of vehicles, starting with its most iconic; the Mustang Mach-e. The half muscle car/half SUV, all-electric Mach-e is available in five trim colors with an optional semi-autonomous ADAS and will hit dealer show floors by the end of the year. The 1,500 HP Mustang Cobra Jet 1400 prototype (just look at it hoon!) will unfortunately not. What’s more, Ford’s planned EV F-150 trucks and Transit vans won’t be on the road until 2022 -- just in time to potentially compete with rivals from Ram and Chevrolet.

Many luxury brands have also spent the year committing to expanding their EV lineups. Mercedes plans to develop six new EV models (beyond the existing EQC) in the coming years, beginning with the EQS and EQC in 2021. An SUV version of the EQS is expected to be released in 2022. BMW, for its part, has finally gotten around to actually producing the iNext concept we’ve been covering for a few years now -- say hello to the beaver-toothed iX. Even Bentley and Maserati are getting in on the action with the former promising to only sell hybrids and plug-ins by 2026 and the latter converting its entire product lineup to hybrids or BEVs within the next five years.

Startups in the EV space have also made commendable progress in 2020. Lucid Motors unveiled its Lucid Air in September, a $169,000 luxury EV sedan capable of a 217 MPH top speed and sub-10 second quarter mile. EV pickup maker Rivian had a more challenging year, having to revise up its pricing estimates by a few thousand dollars for the R1T and R1S SUV. This follows news from April that Lincoln had canceled its Rivian-based EV due to the COVID pandemic. In better news, Rivian recently announced that it is working on a far-flung network of charging stations, dubbed the Rivian Adventure Network, to keep off-road EVs topped off with power.

It’s not just the vehicles themselves that have improved over the course of the year, the infrastructure and technology that they need to operate efficiently has as well. In June, the Contemporary Amperex Technology Co. announced that it had created a battery formulation that would last for up to 1.24 million miles before degrading -- given the average American travels around 14,000 miles a year, an EV would last 16 years without needing its battery pack replaced. We also saw the emergence of new 800V electrical architectures in both the Hyundai E-GMP platform and the Lucid Air, enabling vehicles to charge at 350kW. That’s more than double the 150kW conventional 400V EV architectures can provide. This will drastically decrease the time it takes for drivers to refresh their power supplies while on the road.

In this article: Electric vehicle, ev, Hyundai, volkswagen, Polestar, GM, automotive, Volvo, yir2020, Kia, Hummer EV, Tesla, Lucid Air, feature, tomorrow
All products recommended by Engadget are selected by our editorial team, independent of our parent company. Some of our stories include affiliate links. If you buy something through one of these links, we may earn an affiliate commission.